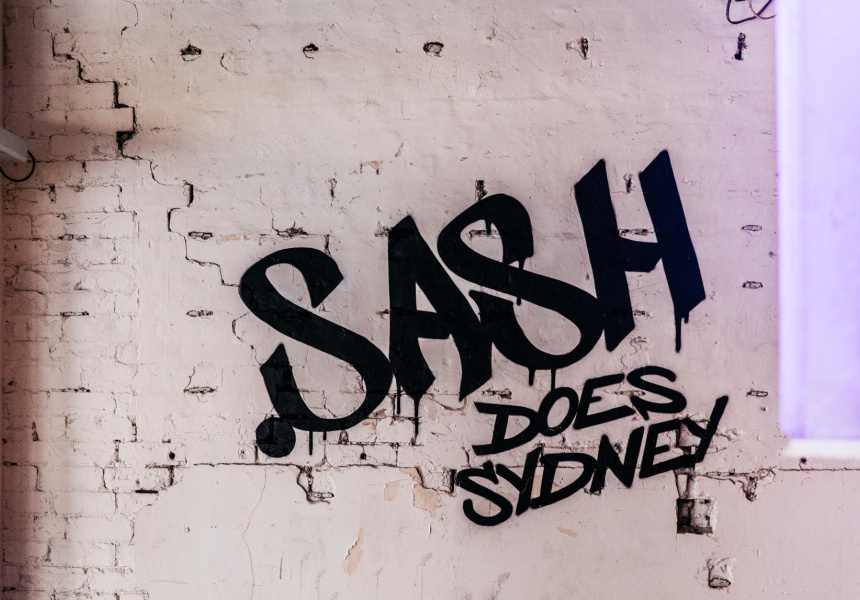 Like fellow Melbourne import Chin Chin, which is just up the road, Sash Japanese also exudes rays of neon lights.

High-school best friends David Nelson and Kyle Stagoll are Behind Sash. They have built a following in Melbourne for blending Japanese flavours with popular American dishes. “A friend of ours won a global pizza-of-the-year competition with [their] sashimi pizza,” says Nelson. “We tried it, loved it and saw it could be a new concept that would sell. We were in New York then at [seafood/Japanese restaurant] Catch, and we were inspired by how they did Japanese fusion and turned it into a cool concept with food, music, good vibes, and a fit-out.”

Helping the pair recreate their vision in Sydney is ex Kid Kyoto and Phomo chef Peter Wu, who is serving blue-cheese sashimi pizza made with a pizza base made with rice, and the option to have it blackened with squid ink. There’s also a spicy tuna and avocado taco, and sake buttermilk nuggets with maple syrup. Sydney-exclusive dishes include a lobster king nori taco, and a lobster mac’n’cheese dog. There’s even a dessert taco, the Godzilla. It’s made with yuzu custard, mango compote, and cookies and cream ice-cream.

Equally creative and playful are their cocktails. Ex-GoGo Bar (below Chin Chin in Melbourne) mixologist Kyle Rose is making drinks like the Yuzu Cheesecake (sake, lemon and green tea), and Sash’s take on the Espresso Martini, made with coconut liqueur.

Nelson says the venue has been designed with Sydney’s lockout laws in mind; it’s mainly a restaurant, but also a bit like a bar, a bit like a fun hangout. “We think it’s the way the whole country is going. People care more about their health and don’t want to be out until 6am anymore. They want to stay in or go to cool restaurants, and we wanted to create a space for that occasion.”

Opening Sash in Sydney is not the last project for the pair. “The plan has always been to open in Melbourne, Sydney, Brisbane and ideally land in LA,” Nelson says.

This article first appeared on Broadsheet on March 18, 2019. Menu items may have changed since publication. 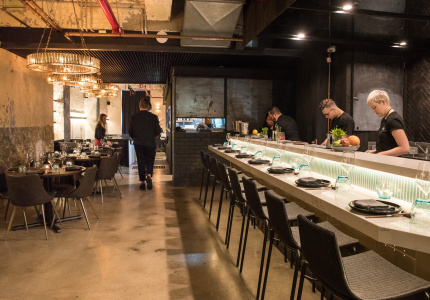