Josephine Perry pulls in Rockpool talent for a French-inspired bistro. 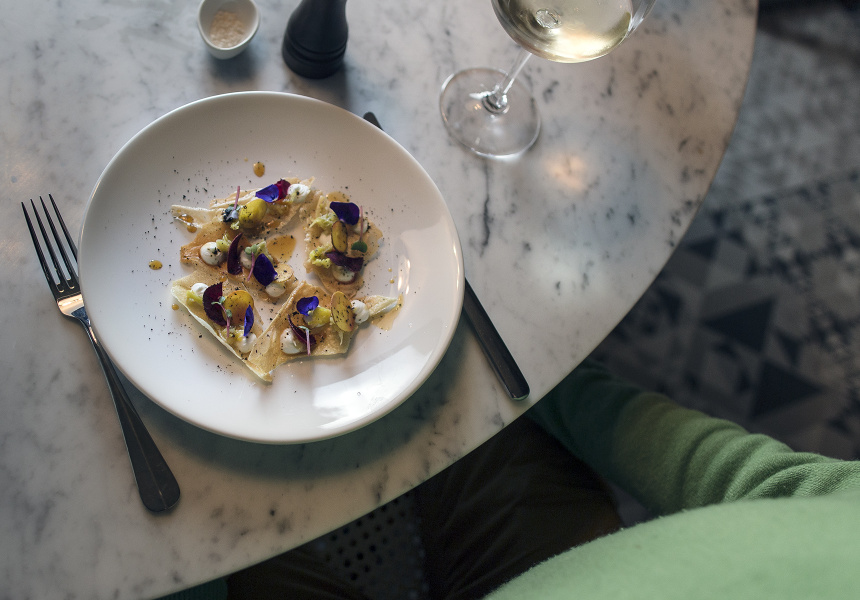 The Perry surname is, of course, a big drawcard for Missy French. However there’s another name that should be taken note of – Chris Benedet. The ex-Rockpool chef has been given free-reign over the kitchen with a brief for French-style bistro food.

“We keep it nice and simple, just three to four different ingredients. I like to do things simply but done well,” says Benedet. The first thing we’re presented is a goat’s curd salad, which looks like a village of fairy tents all beautifully arranged around some forest leaves. The colourful tents are slow-cooked leek, beetroot and honey, and the leaves are absurdly thin potato crisps. It’s sweet, salty, savoury, crisp and soft all at the same time – simple but nuanced.

Josephine Perry says that Benedet’s original menu had to be shifted away from a more intricate, fine-dining style. “He's come from Rockpool Bridge Street, so he's used to doing really refined, tricky food. Trying to get him to cook bistro food has been a challenge in itself, because he's not used to it. But the food is looking really good at the moment,” says Perry.

Although the menu at Missy French is certainly simple in terms of ingredients, Benedet isn’t wasting any of his skills. The pork pithivier, a flat pie that Benedet fills with pork belly, celeriac and mushrooms, takes more than three hours to prepare. “It’s quite technical, we probably spend half the day making just pies.” It arrives beautifully carved and over a bed of mushy peas. On the side there’s a pot of veal jus to pour over like gravy. Make sure you eat it quick smart because you don’t want the jus to make Benedet’s sumptuous pastry soggy. The pie itself, although small, is rich and incredibly satisfying. The peas and gravy combination is a nice link between French tradition and Aussie pie culture.

Like the pie, the menu isn’t strictly French, it’s mostly derivative and a good representation of Benedet’s flair for invention. Take the desserts – there’s French inspiration in the fondant and crème brûlée, but sides of lemon balm and yogurt sorbet, or popcorn ice cream, are down to Benedet’s whims.

The colourful menu is set against a blanched interior, which with its white tablecloths and two black-and-white artworks, is reminiscent of Sydney’s old-school French restaurants. Perry, who’s managing the restaurant, says it all happened half by accident. “Two of my dad’s mates, who are my business partners, came to look at it and we really liked it, so it just happened really quickly.” 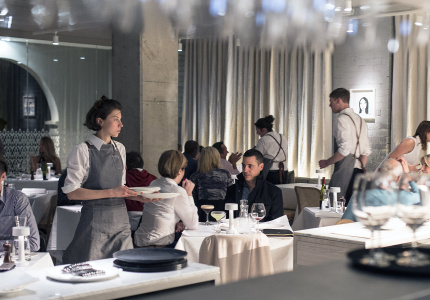