Now Open: The Navy Bear, a New Boatshed Cafe Smack-Bang on the Waterfront at Darling Point

For the first time in more than 50 years the prime harbour spot is open to the public, serving bacon-and-egg rolls and fish’n’chips. 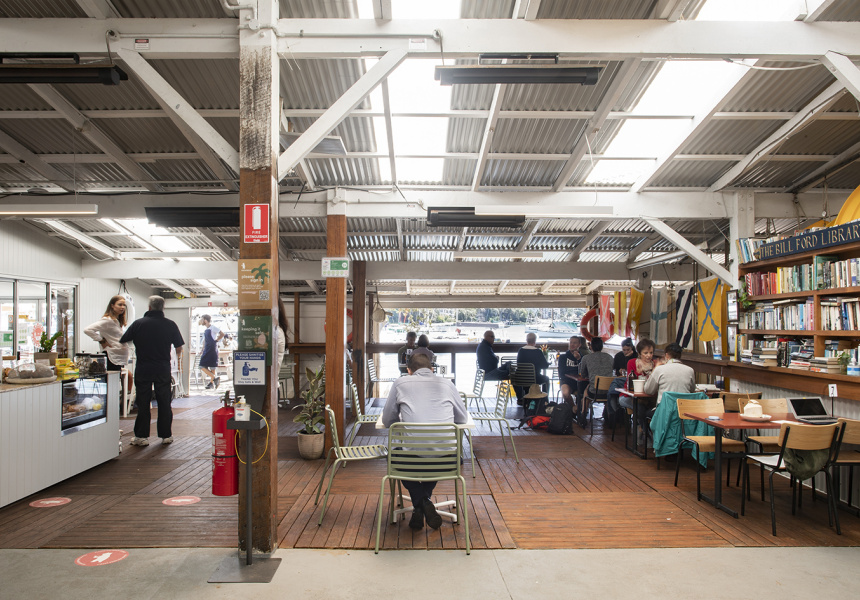 Located smack-bang on the water’s edge at Darling Point, with views of the Harbour Bridge and bobbing yachts, is the Royal Australian Naval Sailing Association (Ransa). It was established in 1966 to encourage serving and retired naval personnel to recreationally sail Sydney Harbour – though anyone with a passion for sailing can now join – and it’s hosted countless social events for members.

But now, after more than 50 years, visitors – and their four-legged friends – can enjoy Ransa’s spectacular water views with the opening of The Navy Bear cafe. It’s by hospitality group Bird & Bear, which also runs harbourfront venues Mosman Rowers, The Sandy Bear at Clontarf, and The Flying Bear Cafe and Foys at Kirribilli.

Bird & Bear’s owners Emma Marshall and Adam Marshall have been members of the sailing club for the last three years. Soon after joining, they began catering Ransa’s post-race dinners and sailing events, which gave them the idea to make the waterfront site accessible to everyone.

The duo worked with Etic design studio (Barangaroo House, Lexus Design Pavilion 2016 and 2017) to freshen up the interior of Ransa’s old boatshed with a palette of mint green and white. They wanted to create an unpretentious space to complement the character-filled heritage tin building, which is decorated with bookshelves, sailing flags and memorabilia.

“In every single one of our venues there’s an incredible backstory we like to slowly tell. It’s similar in the approach we take in the cafe as well,” Emma tells Broadsheet. “We don’t want to look like a shiny new thing, we want to look like we’ve always been here. That’s what we’re trying for by showcasing the heritage and essence of each club in whatever way we find it and interpret it.”

The Navy Bear’s simple menu matches the relaxed vibe. For breakfast, there’s a maple-smoked bacon-and-egg roll with kewpie mayo and hot barbeque sauce, and the Santorini Bear with grilled haloumi, avocado, tomato, truffle oil and chilli flakes on sourdough. For lunch, there’s fish’n’chips and a selection of sandwiches and salad bowls.

“We’ve got most of the staples of our Bird & Bear signatures here. We’re serving breakfast and lunch and everything in between,” says Emma.

As for whether Bird & Bear plan on popping up in any other waterfront locations in the future, Emma says they’ve got their eye out: “We’re always scouting the harbour.” 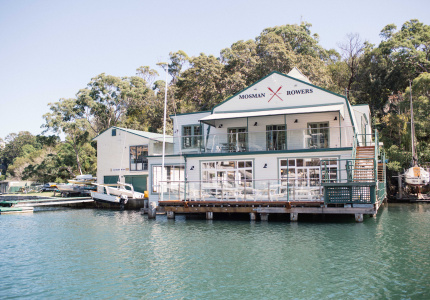