This tiny Enmore bar is serving old-school cocktails, American hotdogs and champagne by the glass. 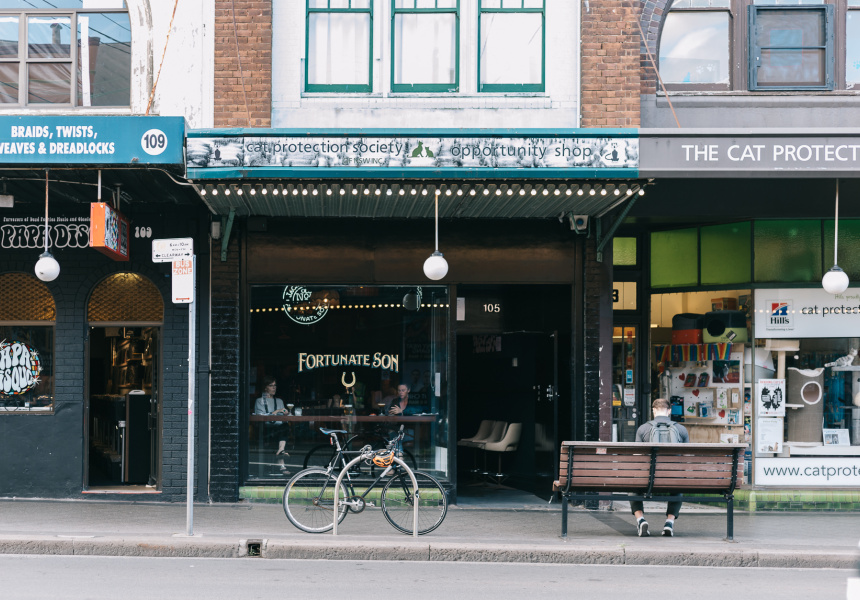 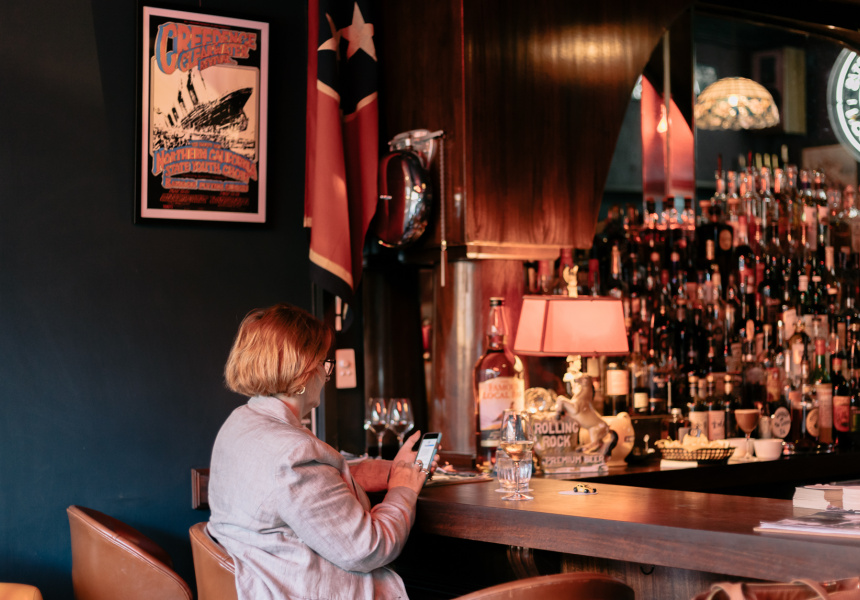 Nothing lasts forever – it’s a fact of life. This is particularly true for patrons of the drinking and dining scene in Newtown and Enmore, who’ve had to accept things coming and going – because things often come and go around here.

The most recent casualty on Enmore Road was Sly Fox, which closed in January after a long licensing saga. On the very next block, Harstyard’s Greg Llewellyn played with small bar concepts for years. First came The Gretz, a speakeasy spin-off of his high-end American diner up the road, then Wishbone – an ode to Harstyard’s signature fried chicken – which abruptly flew the coop right before Christmas. Number 105 Enmore Road has seen a bit of action too. First it was the ill-fated Bar Racuda, then Tori Bar, and finally Japanese izakaya Mr Roboto, which also closed last year. This isn’t a walking tour for hospo-sadists – it’s just a reminder than Sydney is often tough.

Perhaps new neighbourhood cocktail bar Fortunate Son can break the curse at number 105 because, well, it’s pretty great. It’s 6pm on a Thursday and the tiny bar is rammed with pre-show punters heading to the Enmore Theatre across the road. Co-owner Jayson Crawley estimates the bar has about 300 tequila, mezcal, gin and whisky bottles, “with more to jam in”. The collection is currently being mined by the bartenders for the fleet of cocktails going out over the jarrah bar top.

Crawley, an affable flat-capped Briton with the gift of the gab, is very happy to be serving Enmore’s throngs. “Everybody that comes through here kind of knows one another. It’s like an instant family,” he says. When asked what they love to drink, Crawley doesn’t chew the cud. “Tequila and mezcal, hands down,” he shoots back. “People like to party around here, man.”

They love it so much that business partner Dylan Howarth chuffed off to Mexico to do more research and to bring back some more booze. Crawley is no stranger to faraway taverns, either. He’s a 30-year veteran, having bartended everywhere from Hong Kong to London, Southeast Asia and the Americas. He’s done lots of time in Sydney, too, working in influential bars The Grand Pacific Blue Room and then Merivale’s Hemmesphere, as well as clocking up a stack of bartending awards. He and Howarth have also trained hundreds of bartenders through their consulting company The Drink Cabinet.

Fortunate Son is inspired by the time the pair spent in New Orleans and Nashville (“the big archways behind the bar are New Orleans; the music inside is Nashville”), and their collective wisdom permeates the menu in two ways.

The first is in the section called “The Fortunate Ones” – time-tested classics made with years of knowledge and practice, such as Tommy’s Margarita; the Mint Julep (served in mandatory English pewter); and a really great Old Pal (a deliciously hair-raising number not far off a Negroni that subs gin for rye and dry vermouth for sweet vermouth). “There isn’t a bar in this area that can make those classics to perfection,” says Crawley boldly. “We’re not kids, we don’t mess around with the weird drinks list thing.”

In the second category, “Fortunate Sons”, you’ll find cocktails with a twist. The Stout and Sons is a flip on a Flip (a cocktail shaken with whole egg and simple syrup), using stout and black rum. The Insomnia is an Espresso Martini of sorts, made with cold drip and blanco tequila to start (or stop) the party.

A page of fresh-juice highballs is filled with names such as the Salty Chihuahua (white grapefruit, tequila and salt) and the Waco Kidd (pineapple, mezcal and pepper), joined by some serious non-alcoholic options such as the Betty Ford, made with lime, coconut water, an aromatic falernum (syrup made with citrus and nuts), mint and soda. If you want a glass of sparkling, “There’s no prosecco, no local bubbles,” says Crawley. “Only champagne by the glass”. For the peckish, hotdogs are served all night with pickles, peppers and chips.

Most bars in the area rock a bit of kitsch, but Fortunate Son isn’t too crazy. The tiny bar has comfy, mustard-coloured vinyl deco stools, a neon light above the door, and a hodgepodge of bric-a-brac, including an old boxing bell Crawley snagged from a flea market in Pasadena, north of LA. “The guy wanted $4 but I gave him $20 and promptly shoved it in my suitcase.”

He sets it off whenever a customer tips the bar – a reminder to always pay your fortunes forward. It’s so loud your hotdog will fall out of its bun. 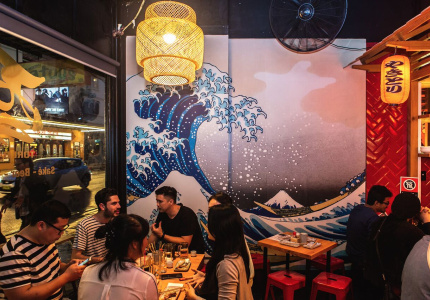