Via Napoli’s authentic Neapolitan pizzas have arrived on Crown Street. 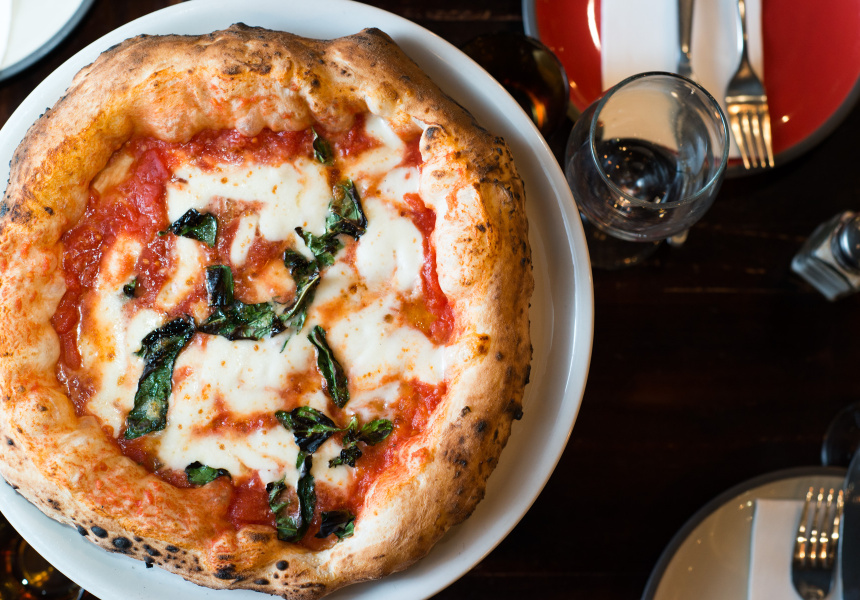 “At Via Napoli, our customers don’t just come for the fantastic food, they come for an experience,” says Luigi Esposito, owner and head chef of the Neapolitan pizzeria with restaurants in Hunters Hill, Lane Cove and now Surry Hills.

Born in Naples, Esposito is warm and welcoming. He greets each customer with a smile, often while kneading dough or sliding a pizza into the wood-fire oven. “The difference between other pizzas and Neapolitan pizza is the oven,” Esposito says as he explains why he imports his ovens from the old country. “The high temperatures allow us to make pizza the same way they do in Naples.” Esposito is also importing flour, tomatoes, olive oil, prosciutto and buffalo mozzarella from Italy.

At number 628, he admits that Via Napoli is on the quieter end of Crown Street, but says the addition of his pizzeria has added colour to the area. “We took a risk, yes, but the quality of food and service we offer is the reason for our success.” Judging by the huge number of guests Via Napoli seats each night, Esposito is right.

The design of the pizzeria is the vision of Esposito himself, and reflects the friendly atmosphere Via Napoli is famous for. “It’s simple and rustic with a festive ambience,” he says. Behind hanging cured meats and a well-stocked cheese fridge, the kitchen is on display. “We make everything in front of the customers, it’s a spectacle,” says Esposito.

Esposito recommends the zucchini flowers stuffed with fresh buffalo ricotta and pepper as an entree. The Pizza Fritta is a popular choice; a deep-fried folded pizza stuffed with buffalo ricotta, mozzarella, cacciatore and pepper. “It’s Neapolitan-style street food, soft on the inside and crispy on the outside,” he says. For a classic, try Via Napoli’s signature margherita; San Marzano tomato, buffalo mozzarella and basil.