Ice cream gets extreme on King Street with a new N2 Extreme Gelato. 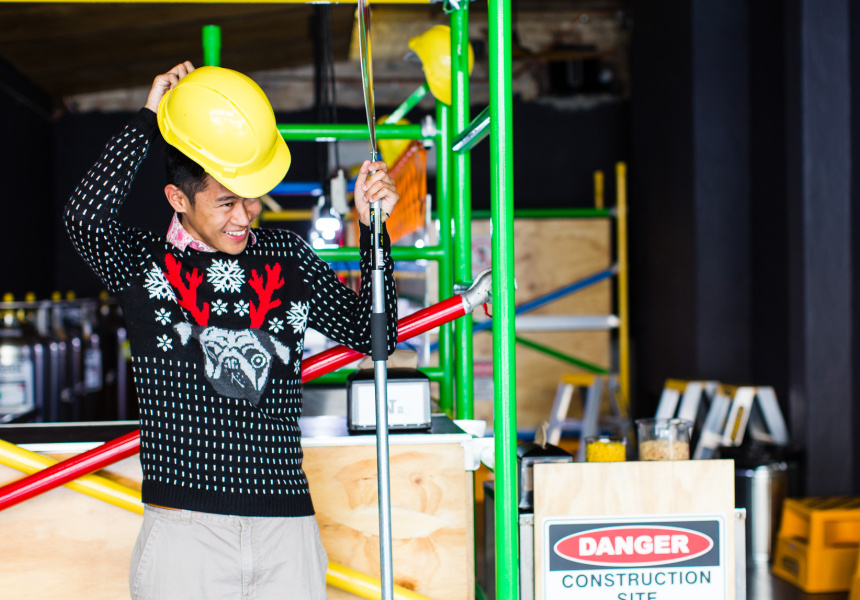 If gelato is at its best fresh from the churning, then it doesn’t get much better (or more extreme) than frozen as you watch at N2 Extreme Gelato. N2 whips up flavours (from Bounty to cough syrup) to order, and you can now see this marvel happening in Newtown.

“It’s gone crazy,” says Min Chuan Chai of N2. The ice cream brand launched its first store in Haymarket in 2012 before opening a Melbourne branch in Fitzroy in 2013. The Newtown store is the third in the N2 family, with a second Melbourne store in the CBD also due to open in the next two weeks. Just like the original, the Newtown shopfront is black with select splashes of colour inside in the form of stations for an army of KitchenAids. Clouds of liquid nitrogen spill from the mixers as they whip up the gelato, with flavours incorporating anything from matcha to pork floss depending on the ever-changing menu.

“The flavours will be the same across the two Sydney stores and it’ll be written on the chalkboard walls,” says Chai, adding that the look of the store is all about fun. “There’s no seats, just step-ladders – it’s a raw construction look.”

Liquid nitrogen makes the freezing process extremely fast, while keeping the ice crystals very small, resulting in a super smooth texture. The New Kid in Newtown flavour (designed specifically for this store) references the abundance of local Thai restaurants in its combination of yuzu coconut sorbet, with cocoa nibs, freeze-dried mandarin, choc-top and a syringe of kaffir lime syrup. Keep an eye out for the Young Henrys beer gelato served with prawn crackers. It’s a matter of minutes to freeze the extreme gelato and ingredients are added on the go to keep it fresh. Gelato while you wait this summer season? We couldn’t think of anything cooler.