From my Father: Ben Shewry on Rob Shewry

Ben Shewry is internationally acclaimed as one of the world’s finest chefs. But behind the success is a man with deep roots. We spoke with the Attica lynchpin about the lessons his father taught him on a life well-lived. Ben and Rob Shewry at home in NZ. Ben and Rob Shewry on the family farm. 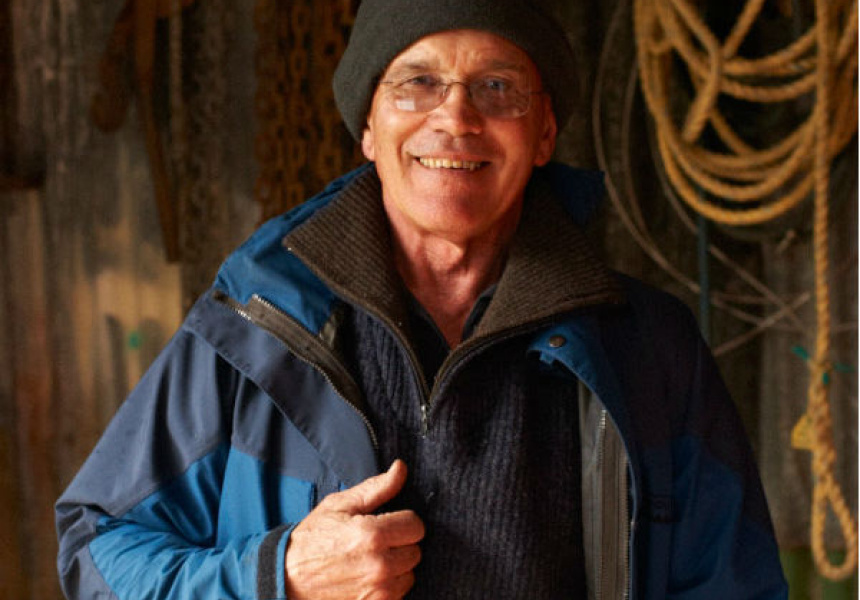 Ben Shewry is rightly considered a self-made man. Ten years ago, Attica was a flagging Thai restaurant in suburban Melbourne. Now, it’s San Pellegrino’s Best Restaurant in Australia. It got where it is today via some mind-bendingly hard yakka, and not a little natural talent. But speaking to Shewry, it’s clear he believes his success is due, in part, to someone else. His dad.

Throughout his career, the chef has been consistent in naming his single biggest influence: a childhood in the rugged back country of Taranaki, New Zealand. There, he lived on a farm with his two sisters and his parents, Kaye and Rob. While Kaye taught at the local school (where the Shewrys made up half the student body), Rob worked at turning around a rough, dry stock farm. “Dad worked incredibly hard on the farm, because it’d been really let go for about 20 years,” Shewry says. “All the fences were ruined and there was scrub everywhere on the pasture, which he needed to clear. He had to build new tracks and access roads. And the house was in complete disrepair: it was filled with rats’ nests and birds. I think there might have been a sheep living in there.”

Despite the ceaseless physical labour, Shewry remembers his father having a lot of time for him and his sisters. “Out in the bush, when you’re cutting scrub, I can imagine kids aren’t great to have around, but he liked the companionship,” recalls Shewry. “We’d be in the bush, and he might be making a new road through the forest, but he’d take time to point out all the native birds he could see and explain them to us. He didn’t rush. He was working hard but he never rushed.”

The landscape of Taranaki – and those days spent cutting scrub with his Dad – continues to filter into the chef’s life; personal and professional. But it wasn’t until much later that Shewry understood its importance. “We lived off the land, in this beautiful natural environment. It was the perfect place to raise children,” says Shewry. “But I sorta resented that, and I resented farming when I was younger. I thought, ‘I’m never going to be a bloody farmer’. So I decided to go and become a chef, which was a funny decision, looking back on it.”

As Shewry approached adolescence, Rob made a decision to sell up the farm and move closer to town. The decision was entirely selfless: recalling his own traumatic boarding school experience, Rob simply couldn’t bear to subject his own son to it. “He’d been to boarding school when he was a child, and he absolutely hated it,” explains Shewry. “That’s a huge sacrifice for your kids, to sell your business. I always had a lot of respect for that. I’d be quite a different person if I’d gone.”

In Englewood, Shewry’s mother took a position as principle of the local school, and Rob took on the role of primary carer. “We’d come home on the school bus, and Dad would be home, so the responsibility of cooking fell to him,” Shewry recalls. “He took on a lot of the household chores, which also speaks volumes about my father. He never saw his partnership with my mother as a ‘traditional’ one, where you must do the cooking, you must do the cleaning, and I must go out and tend to the animals.”

Despite his father’s newfound culinary responsibilities, Shewry’s flair for cooking most probably comes from the Y-chromosome. “His meals were … pretty rugged, to be fair,” says Shewry. “But he certainly improved a lot. My father’s become a decent cook, but my mum’s a gun cook.”

Although Shewry has always appreciated his relationship with his father, it wasn’t until he and his wife Natalia had kids of their own that he really understood the sacrifices his father made for him. “I feel like those first 12 years of my life were the most influential. I look back on them now as living in a wonderland,” he says. “I probably didn’t realise that until I was 27, when Natalia and I had Kobe, our first son. I began to realise then how amazing that gift, my childhood, that my parents had given to me was.”

The lesson wasn’t lost on Shewry. Despite the crushing work week at Attica, and his rising international status, he and Natalia decided to move out of town in order to give their own kids, in some sense, a natural lifestyle. He’s keenly aware of giving the time his own father gave to him. “Your children are only children for a short period of time,” Shewry says. “They’ll grow up and move on, and when they do, if you haven’t had the energy or the time, or been solely focused on your career, they’re not going to thank you for being one of the best cooks in Australia. They’re not going to care that you’ve won chef of the year three times, or that your restaurant was ranked in the world’s 50 best.”

These days, Shewry and Rob are still tight. He speaks to his father on the phone every week, regardless of their busy schedules. “There was never a moment in my life that I didn’t want to spend time with my Dad,” he says. “Even now, the relationship never changes. It’s just one of mutual love and respect.”

Glenfiddich is giving you the chance to attend a whiskey masterclass with your father, spending a night drinking whiskey in the company of a Scottish Whisky master. Click here to enter.