But you’ll need to be quick, it’s not sticking around for long. 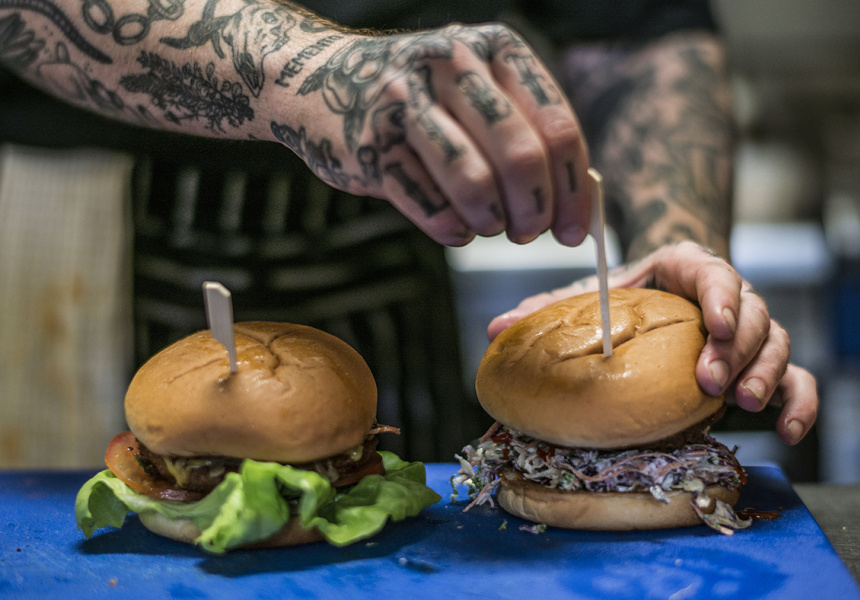 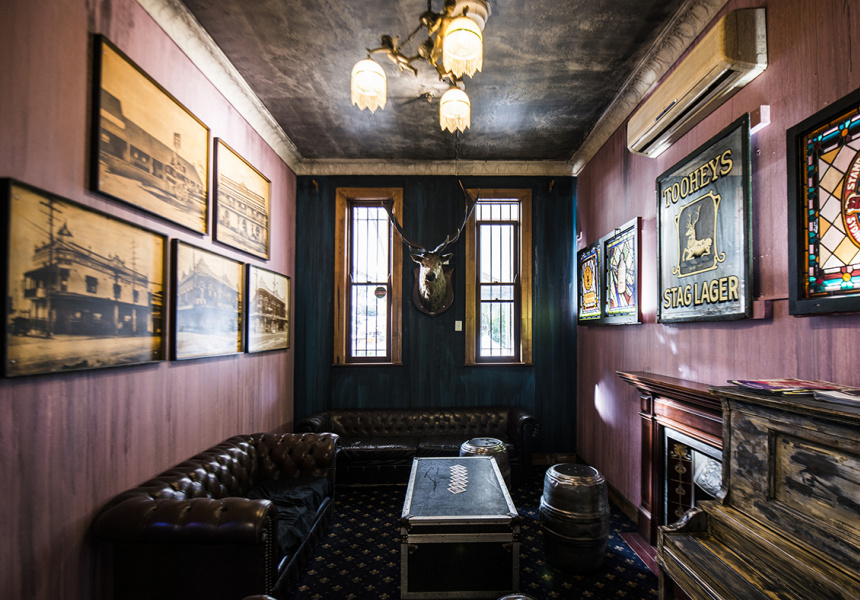 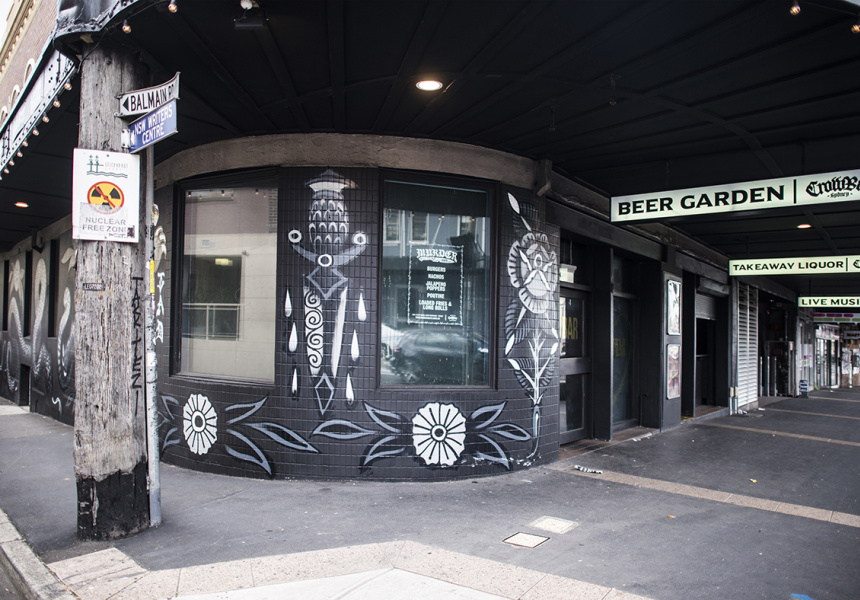 “We came up with the name based on the restaurant being in Crowbar. A flock of crows is called a murder, so that’s where the name came from. We understand it can be a little controversial, but we wanted a name that would get attention and get people talking,” says Ingrid Oram, the manager.

Murdereats is a pop-up within live-music venue Crowbar, which took over from the Bald Faced Stag pub late last year. Crowbar focuses on heavier music genres – punk, metal, hardcore, indie, emo and rock – while Murdereats specialises in pub classics that happen to be plant-based.

“We use the highest-quality products from around the world and modify them in-house, with our own twist,” says John Baker, the head chef. “The ‘beef’ burgers are made from one of the leading pea-proteins; we’re talking about the ones that bleed.”

While it mainly caters to the music punters, Murdereats is open for lunch, too. It has a $15 burger and beer deal, or a drink and “chicken” burger or strips meal. “It has a ‘chicken’ flavouring,” says Baker. “Once you have the consistency [of the chicken], it’s pretty easy to replicate the spices and herbs you usually put on it.”

Baker says it’s wrong to assume that just because someone’s into heavy music they don’t care about the environment and what they put in their body. In fact, it's often the opposite: a stack of rock and metal musicians are also vegans, including Rob Zombie, Jared Leto (30 Seconds To Mars), Frank Iero (My Chemical Romance), Tim McIlrath (Rise Against), and Geezer Butler and Bill Ward (Black Sabbath).

“In 20 years or so it will be weirder not to be vegan,” Baker says. “Already in the three years since I opened my first place in Newcastle, Bonta Vera cafe, the pushback has significantly dropped.”

This is also evident in the new restaurants popping up all over Sydney with an emphasis on plant-based fare, including Mary’s Circular Quay, which offers a vegan version of every meat dish, and the all-vegan gnocchi bar Peppe’s, which was recently opened in Bondi by the Paperbark crew.

“Once people realise it’s the plant-based meat that bleeds, they get super excited,” says Baker. “I’m not going to push the food on people, but often the bands that are playing are vegan too. Trying one vegan burger is not going to kill you.”

Murdereats is open Wednesday to Sunday from 12pm to 10.30pm at Crowbar, 345 Parramatta Road, Leichardt. It closes on Saturday June 29.

*Looking for more vegan eats? Here's our guide to plant-based food in Sydney.