Soup and beach life: an unexpected but perfect union. 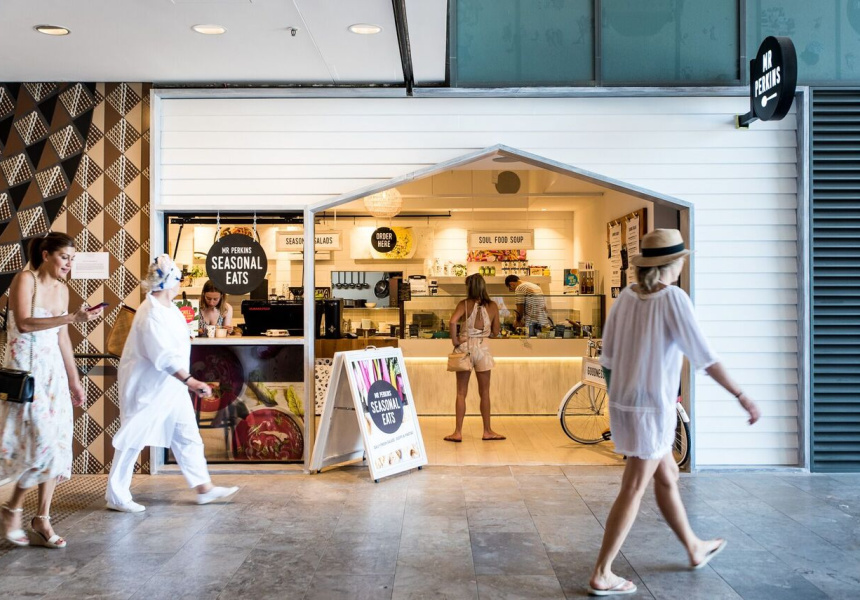 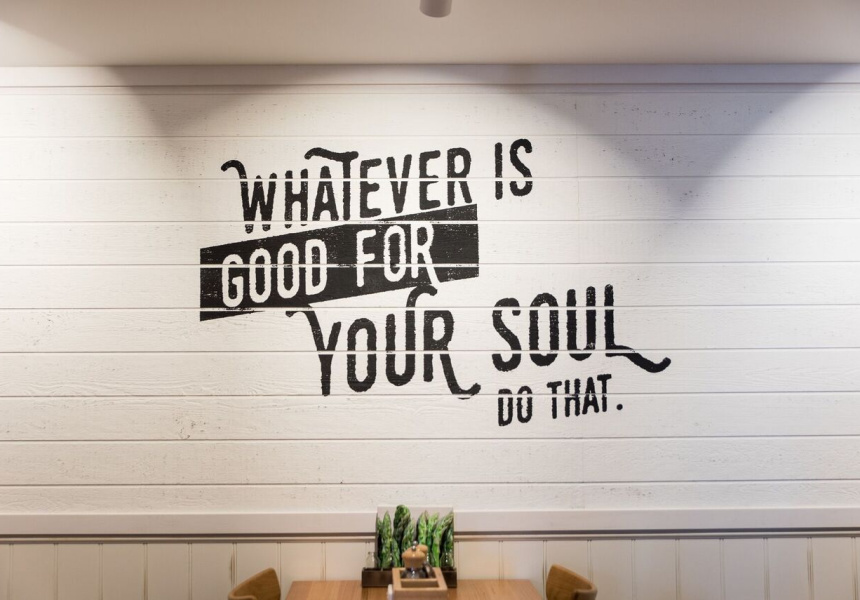 Sister and brother Candice and Chris Miller, originally from Canberra, make soup at the beach. In the chilly Canberra climate, hearty, warming soups made sense, but for their Bondi Beach shop, Mr Perkins, they have tweaked the approach. Soups for summer are chilled and made from seasonal produce. The result is a light, refreshing snack after a mid-morning swim.

“Neither Candice nor I have a background in hospitality, but cooking and food are part of our DNA. I’m the sort of person who thinks about what he’ll have for dinner at breakfast,” says Chris.

The chilled tomato soup is simple and more-ish. It’s made from tomatoes picked at the height of their sweetness blitzed with fresh basil pesto, salt and extra-virgin olive oil. The thought of this soup lingers well after eating it. It’s served with a parmesan popsicle which keeps the soup cool and adds a tart saltiness.

There’s also a chilled-watermelon soup made with feta, caramelised onion and mint.

There is a salad menu and a range of take-home soups. In the winter, Mr Perkins will get creative with hot soup. While Candice is keen to try new things, she doesn’t eschew the classics. “If we can make the most delicious potato-and-leek soup, then I’m happy to have it on the menu.”

Just off the street in the previously quieter end of Campbell Parade, Mr Perkins is in the new Pacific Bondi Beach development. It’s a bright, cheerful space with stools along the pasta bar, a few booths and a big, wood communal table.