Sit in the sunny beer garden and sip on cult brews such as the Organic Steam Ale and Pale Ale, plus a selection of exclusive beers you can only get at the new inner-west venue. 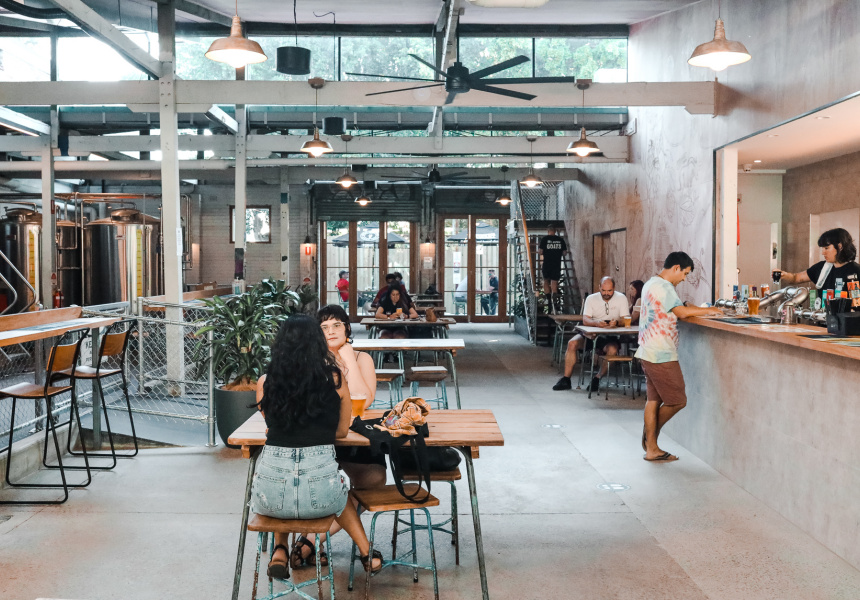 Mountain Goat has been brewing in the Melbourne suburb of Richmond for 23 years, since before craft beer was even called “craft beer”. It was founded by mates Cam Hines and Dave Bonighton in 1997 and sold to Asahi in 2015.

“The majority of people in other states only see one or two of our beers,” Mountain Goat’s general manager Mick Bentley tells Broadsheet. “A Sydney venue has been in the works for a couple of years. We wanted to share all our beers with people in Sydney.”

Newtown is a smaller-scale operation than Melbourne. There are four fermenters brewing beers that are only available in Newtown, with 12 taps pouring Mountain Goat’s range, including the crisp Organic Steam Ale; the hoppy, fruity Pale Ale; and the Summer Ale.

The Newtopia Pale Ale, named for Mountain Goat’s new home, is the first Sydney-exclusive brew. “We were exploring this idea of the new world that everyone keeps referring to. We wanted to call it ‘New World Beer’, but I kept seeing new brands with the same name popping up at the bottle shop, so we decided to go with the idea of a utopia,” says Bentley.

While Mountain Goat’s core pale ale is a US-style ale with notes of citrus and stone fruit, the Newtopia is lighter, tropical and perfect for summer sessions in the beer garden out back of the brewery.

Given Marrickville and its abundance of respected brewers housed in industrial sites – including Batch, Grifter, Sauce and the newly opened Philter – is one suburb over, it would have been logical for Mountain Goat to settle there. But the building, more than the location, was what sold it to Bentley.

“When I stepped into 435 King Street, even though it was an old furniture store, the bones felt like I was walking into our Richmond brewery. No other place I’d seen before then felt right.”

The vertical walls of the sawtooth roof have been replaced with glass, creating a surprisingly bright space behind the street side’s windowless front wall. A beer garden offers outdoor seating, and fermenting and brite tanks are displayed at one side of the bar. The space reflects what Mountain Goat is about: really good beer.

“We’re innovative and passionate about beer,” Bentley says. “We’re not very polished, but that works for our customers.

Richmond is known for its pizzas, but in Newtown Bentley wanted to serve an extended menu of pub classics: hot wings, burgers, schnitzels and a 300-gram rump streak with grain mustard and beer butter. Given the brewery is in the heart of Newtown’s vegan strip, there is also a handful of plant-based options, including the charred field-mushroom burger; gnocchi with zucchini, garlic, kale and fresh ricotta; hearty salads; and vegetarian pizzas.

After 23 years experimenting and creating in one space, change is good for the brand (which was sold to Asahi in 2015), and Bentley thinks Newtown is the brewer’s perfect second home. “Our tagline is ‘bottled but not tamed’, which is a bit like the people of Newtown.” 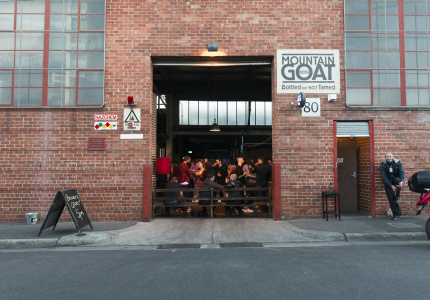