Mosman Rowers Is Getting a Makeover

Plus paddleboarding and live music. 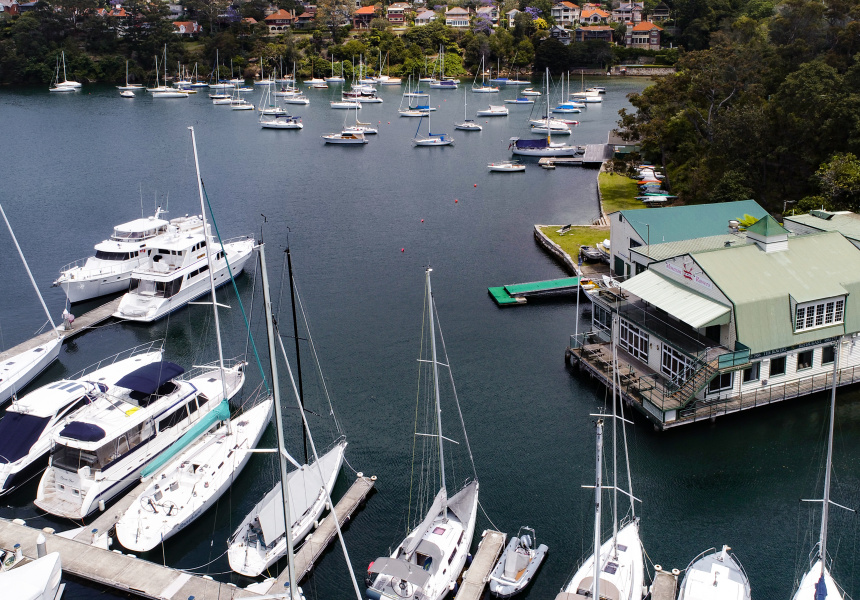 One year ago Mosman Rowers closed its doors, its future uncertain. Six months ago the scenario was so bad, the board had to fight against liquidation. But that seems like a distant memory now, because the venue is about to open its doors to a new era, a new licensee and a new menu.

The grand old rowing club has sat on Mosman’s waterfront since 1911, and in the building that houses it since 1933. Nobody has actually rowed there in years – an increase in boat traffic made it difficult and unsafe – but the club has always had a pretty good view to take in while downing a drink.

Sadly, the building fell into disrepair (rumoured to be the result of poor management) and, thanks to an inability to renew the long-term lease, refurbishments couldn't be undertaken to modernise the space. Now it’s almost back to business as usual with the help of hospitality group Bird and Bear (which also runs The Sandy Bear at Clontarf and The Flying Bear cafe and Foys at Kirribilli).

“We saw that the club wasn’t doing too well and we wanted to help them out so it wouldn’t go under. We worked with the board to come up with a plan to save the club,” Matt Murray, one of Bird and Bear’s partners, tells Broadsheet.

The plan involved a few licks of paint and a bit of a spruce up, but nothing that’ll diminish the club and working-harbour feel. “The term ‘exclusive’ is not in our jargon,” he says. “We want everyone to come from everywhere – Mosman, but also north, east, south and west, people who aren’t always around the harbour.”

Because it’s a club, visitors from within a five-kilometre radius will need to become members, purchase temporary membership, or visit with a member to sign in, but memberships will give them perks at the company’s other venues. Those who live outside that area will be able to sign in and enter for free.

The venue is split across three levels, with eatery Archie Bear on the bottom, a bar in the middle and a members’ gallery at the top for functions and meetings. Archie Bear will offer all-day dining and drinks, with a vast menu encompassing everything from granola, poached eggs and porridge for breakfast to pizzas and burgers for lunch. There will also be pitchers of cocktails and rosé on tap.

“It’s not traditional RSL or pub food,” Murray says. “You can get porridge, haloumi, acai and fruit bowls, smashed avo on toast. But you can also have a beer or a Bloody Mary and a bacon and egg roll at 10am. We want it to be a great little community eatery.”

The other big drawcard at the refreshed Mosman Rowers will be stand-up paddleboarding. While the rowing stopped long ago, Murray says the club is situated in a nook perfect for paddleboarding, away from the boat traffic that drove the rowers away. The venue will also hold events on public holidays, plus live music nights and plenty of happy hours during the week.

“We were conscious of staying true to our roots and heritage, we are very community-focused and enjoy having that relationship with the community,” says Murray. “We wanted to bring a bit of polish, but make it a bit more accessible and inclusive.”

Mosman Rowers is slated to reopen on Saturday March 16.