The popular food truck has opened a standalone store. 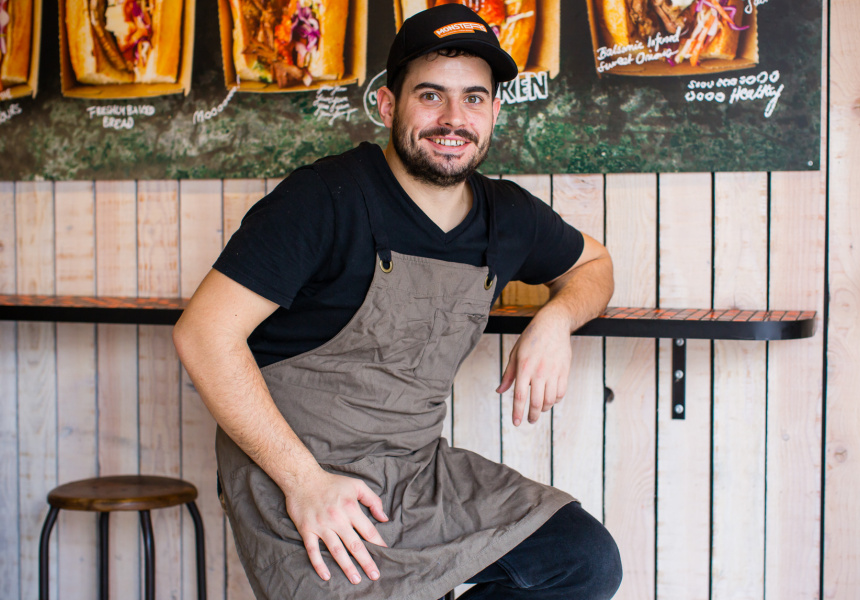 If you were a fan of the psychedelic Monster Rolls food truck, you’ll be glad to know you no longer have to chase it around town. The team has taken over the spot on the corner of Crown and Oxford Streets (where Pie Face stood for many years) to make its signature meat-filled rolls more accessible.

“At one of our previous venues we served an over-sized roll filled with beef ribs pulled off the bone. The product was big, delicious and super popular. We called it the Monster Roll,” says store manager Sam Dargon. “When Sydney launched the food-truck initiative we decided to take the Monster Roll to the streets.”

Starting small and local, the truck grew steadily in popularity, usually parking around the CBD in time for the lunch-hour rush. “It allowed us to hear real, honest feedback from locals,” says Dargon. “We refined daily. The more we improved the bigger the lines got.” The truck couldn’t keep up with the growing demand – it’s now booked out for pop-ups and events six months in advance. “We quickly realised we had to find a permanent location so we can feed more mouths,” Dargon says.

In opening on Oxford Street, there are obvious comparisons to be drawn to Mr. Crackles up the road. Monster Rolls is also open late, and there’s no better formula for popular drinking food than generously portioned protein-on-carbs. Rather than hero pork, however, the Monster Rolls range also includes lamb shoulder, waygu brisket, crumbed chicken and barbequed mushrooms, served on freshly baked baguette. There’s also a salad option that, with 12 varieties of seasonal veggies, is more than just an afterthought.

“We worked with European grandmothers famous for their slow cooking and local chefs to perfect our meat recipes,” Dargon says. Sauces – created specifically to match each protein – complete the rolls. “Each sauce, from our Louisiana to our Benricks BBQ, to our chilli, has evolved over many years and incorporates flavours and techniques from around the world,” he says.

For now, the Monster Rolls team is focused on catering to the locals of its new ‘hood. If all goes well, more locations could open. 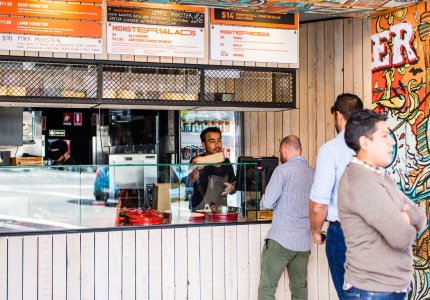