As Momofuku Seiobo settles into the dining landscape of Sydney, Broadsheet chats to head chef Ben Greeno about coming to Australia to head up David Chang’s first restaurant outside the US. 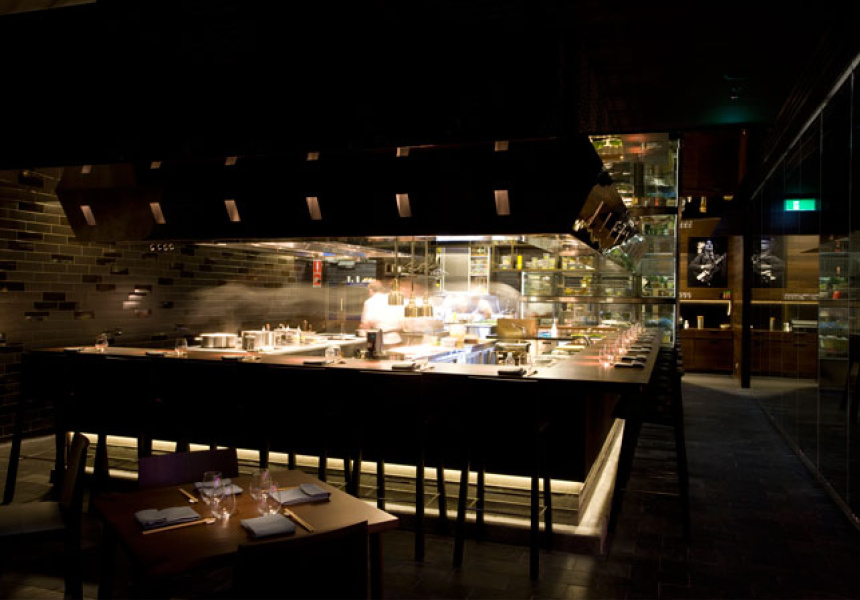 Ben Greeno is a hard man to track down. As head chef at David Chang’s new Momofuku Seiobo at the revamped The Star complex in Pyrmont, he’s been a busy man since the launch a few weeks back. Add to this the fact that he’s in a brand new country and he’s a man with a lot on his plate.

“I’m enjoying it a lot,” says Greeno of the new position and the task of introducing Sydney to Chang’s signature cuisine. “I met Dave [Chang] at Noma a few years back and we kept in touch after that. I even stayed at Ko [part of the Momofuku family in the US] when I visited NYC.

“Then we met again in 2010 when he was in town for Identità London. I was helping him prep for his events, and we were talking about life and girlfriends. I told him my girlfriend (who’s Australian) and I were looking to move to Australia. He said he had a job for me and hired me on the spot. A year later, here I am,” he says, describing the whirlwind of events that lead him to Seiobo.

Originally from the UK, Greeno arrived in Sydney for the first time in July this year. Despite the fact that it was his first visit, with a new restaurant to launch there was little time for site seeing or getting his bearings when he arrived.

“I went straight to work,” he says. “There was a lot to be done. But I only worked nine to five for the first few months, so I did have some time to see the city.”

But despite the busy arrival, Greeno is settling in well. “I love Australia. I’m super happy to be here. Sydney is amazing. I also love the food culture and the restaurants, like Duke Bistro and Ms. G’s (my local favourites run by great chefs).”

And regardless of being thrown straight into the nuts and bolts of the new restaurant, there was plenty of inspiration to be had. “When I first got here, it was still under construction. It was amazing seeing it come to shape,” he says of the space, which eventually blossomed into a kitchen that is almost entirely on display to diners as they perch at the bar. “It’s fun; we get to interact with our customers. But this isn’t for every cook. We actually had someone quit in the first week because it just wasn’t for them.”

Access to produce is another plus for the Sydney branch of Momofuku, according to Greeno. “In some cases, I think it’s [the produce] better than what we can get elsewhere. The seafood is really, really great. As are the vegetables.”

High praise indeed from a chef who has worked at some of the most highly acclaimed restaurants in the world.

So how has he found the response to the Sydney arm of Momofuku so far? “It seems like people are liking it and reacting well. We’re lucky that the response has been so warm. I think we can be better though. Our customers are always a great mix of people – it creates a great atmosphere every night.”

With David Chang’s unique style and reputation resting in the hands of Greeno, he’s been charged with a big task. So what does he find most inspiring about working with Chang to represent Momofuku in Australia? “His attention to detail. He’s constantly striving for perfection; it’s inspiring. He always pushes us to be better.”

And finally, what’s the biggest surprise that diners can expect to find at Momofuku Seiobo? “That the Momofuku Pork Buns have made their way to Sydney,” says Greeno. Oh yes, and “the untraditional petit fours.”

Sounds intriguing, we can’t wait to find out exactly what that means.