With sea breezes and an ouzo-spiked cocktail in hand, eat haloumi drenched in thyme-infused honey while taking in spectacular views. 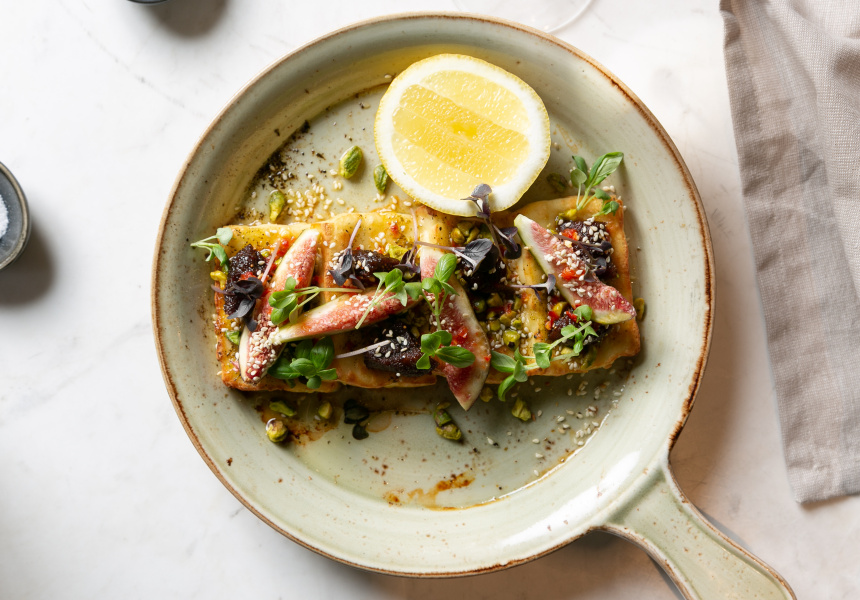 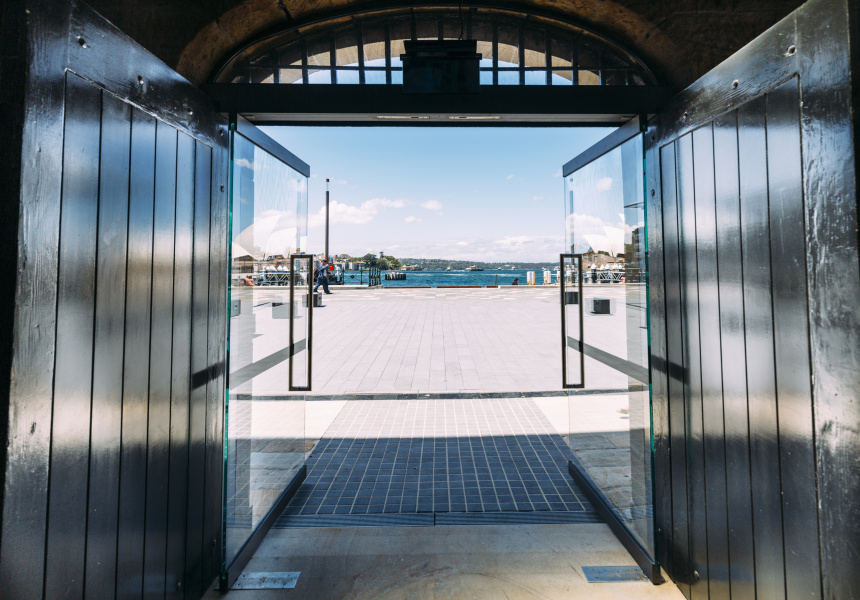 While Alpha restaurant does renovations at its Castlereagh Street digs, a temporary outlet – dubbed Alpha Pop – is spending summer at Sydney’s newest dining precinct, Campbell’s Stores in The Rocks, with impressive views of the Opera House and the Harbour Bridge.

“It feels like we’re taking a holiday,” says executive chef Peter Conistis. “Many restaurants in Greece spend winter on the mainland then move to an island for the summer.”

Conistis’s family comes from a coastal town midway between Athens and Delphi, so he says he feels right at home with the sea breeze. To match the new home he’s created some new dishes. “I wanted to embrace where I am and give the food more of an island style, with bigger, bolder flavours,” he says.

And fans of his famous moussaka won’t be left bereft. The decadent stack of eggplant, tomato, seared sea scallops and taramasalata is available. So is haloumi, which comes drenched in thyme-infused honey, topped with figs and sprinkled with pistachios.

Match your dishes with a pick from the extensive wine list, which features plenty from Greece. There’s also a selection of summery cocktails, like the Greek Spritz (ouzo, Aperol, lime, cucumber and mint topped with sparkling wine) and, of course, there’s no shortage of quality ouzo.

Alpha Pop’s 150-seater space makes the most of the dramatic 19th-century sandstone at Campbell’s Stores. It’s a spectacular backdrop for the pop-up’s easygoing design, with a touch of timber, a splash of breezy blues and whites, and the odd olive tree. Wherever you sit outdoors, the harbour views are uninterrupted.

“Sydney Harbour is literally at our feet,” says Conistis. “There’s honestly nothing more I could wish for more than being able to do my own thing, right on the water.”

At this stage, Alpha Pop will open until May, at least. “We’re doing major works at Alpha [on Castlereagh Street] that are going to take three or four months … and we need to make sure our customers can keep enjoying our food.”

Conistis has been executive chef at Alpha since 2013 but has had a long career cooking Greek food in Sydney, starting in the early 1990s. He ran award-winning restaurants Omega (which became Alpha) and the now-closed Eleni’s and Cosmos.

Located between the Park Hyatt Sydney and the Overseas Passenger Terminal, the precinct also houses steakhouse 6Head. Eventually there will be seven restaurants and bars in total, including a seafood eatery called The Catch.