People have been driving from four corners of Sydney to try its crisp-fried tempeh burgers. 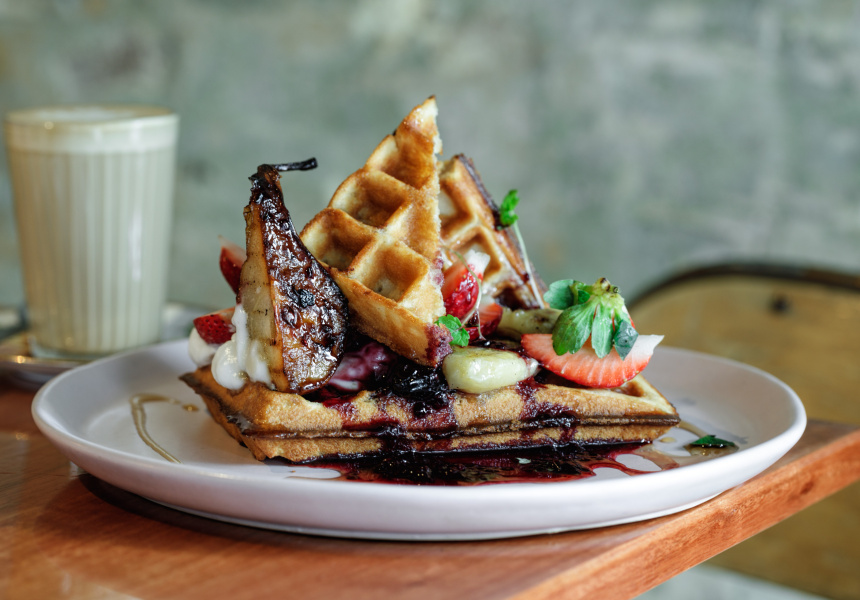 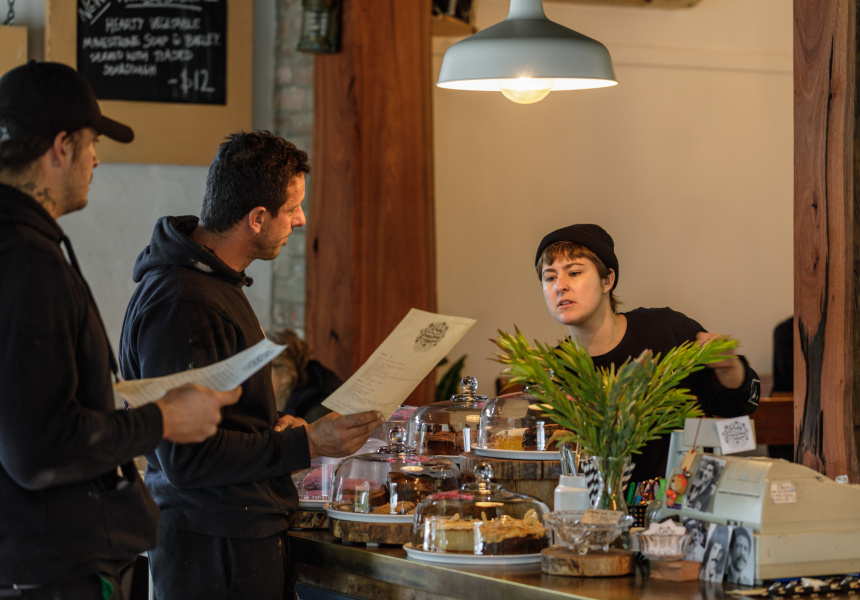 It’s hard to imagine you could be in Marrickville and not be footsteps from an excellent cafe. But on the stretch of Addison Road running from Petersham down to Addison Markets coffee and food is scarce.

“We live up the road and when we’d walk to the markets on Sunday, we’d always get to this spot and think, ‘I could go a coffee right now’, and there was nothing around,” says Nicolette Lewis, who co-owns the new Ruby Lonesome cafe with her partner, Lana De Angelis.

When a “for lease” sign went up in the decal-covered window of the shop, formerly Early Bird Mixed Business, it was a sign from the universe, says Lewis. The pair tore the Coca-Cola stickers off the windows, pulled down the ceiling tiles and chipped back the plaster to reveal a warm, worn-brick open space with plenty of natural light.

“This is our first cafe project together [and] we wanted to represent ourselves,” says De Angelis. “Most of the dishes are our home recipes. It’s largely vegan, but there are a few things that have eggs, full-cream milk or haloumi."

It’s the sort of vegan food that’s accessible for all palates – carnivorous or not. “We don’t make a big deal that it’s vegan,” says Lewis. “A lot of people don’t notice at first that the meat is missing. That’s because it stands on its own. Whether it’s a healthy dish or something indulgent – it’s tasty.”

The food isn’t good for vegan food; it’s just really good. For breakfast, the more-ish maple and chai-spiced muesli has a salted caramel quality that lingers after the first bite. It’s lightly sweet and nutty. “Muesli takes all damn day to make. We roast everything individually,” says De Angelis. But it’s worth the labour – the presentation is artful, with a glut of dried fruits, glistening pomegranate seeds and strawberries carved into flowers. The accompanying coconut yoghurt is a lovely textural foil.

At lunch, the mock-meat game is strong. Try the tender “duck” served on fluffy brown rice with bok choy and broccolini to mop up the sauce. Lewis has been working on the recipe for her sweet soy sauce with ginger and citrus for years. Ruby Lonesome also does a memorable fried chicken that’s perfectly seasoned and fried until the batter is crisp and the inside juicy. It’s delicious and comes with the added bonus of “not having any gross little veins”. A side of house-made kimchi is the ideal palate-cleanser.

The bright room is decorated with hanging plants, red-mahogany posts and shelves, as well as charmingly mismatched furniture. It’s the perfect place to linger over breakfast with a group or tuck yourself away in a corner to sip hot apple, ginger and cinnamon – “H.A.G.” – cider and read a good book.

At the beginning of the journey, the pair had hesitations about whether their cafe would work. “We were so busy right off the bat,” says Lewis. “The response from the community has been really lovely and other local businesses have been sending us welcome messages.” Lewis says the community around them are the customer base, but people have been driving from the four corners of Sydney to try a wild-mushroom toastie or a crisp-fried tempeh burger.

This article was updated on Aug 30, 2018. It first appeared on Broadsheet on June 12, 2018. Menu items may have changed since publication.