Make the Most of Your Mint

Peppermint, spearmint, apple-mint, basil-mint ... how to get the best from this varied and cleansing garden staple. 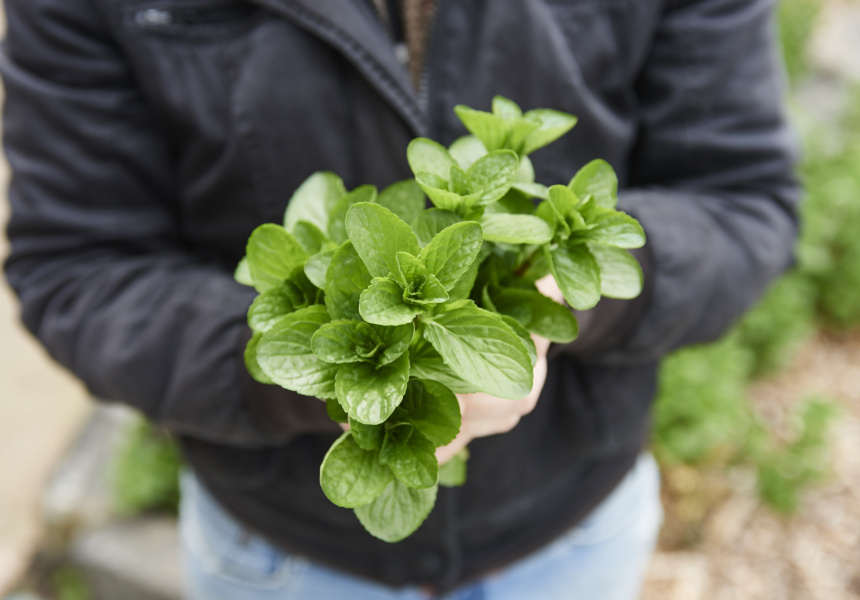 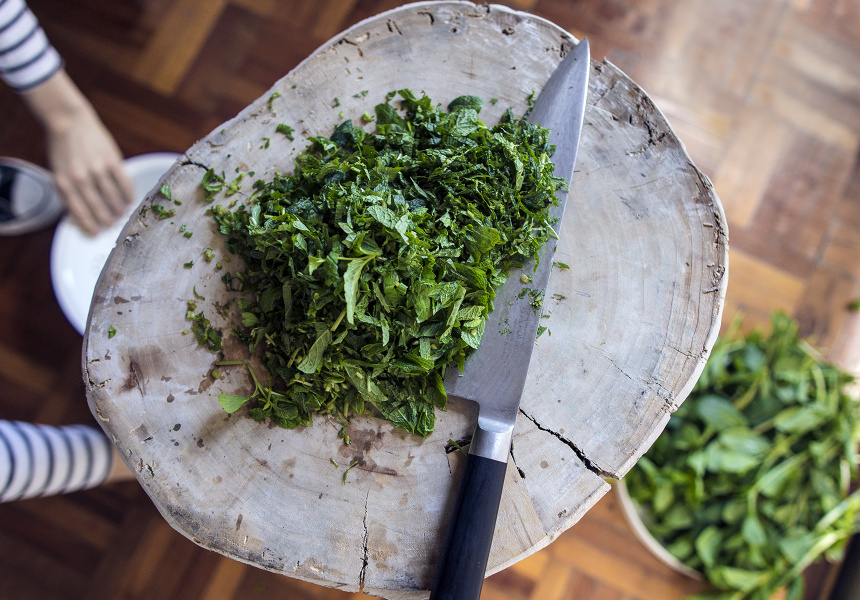 “We mostly grow peppermint and spearmint,” says Mark LaBrooy, chef and co-owner of the Three Blue Ducks in Bronte and now Byron Bay, where the team is famous for using ingredients fresh from its own kitchen garden. “You can put it in just about anything.”

For people like LaBrooy, the plant’s versatility is useful in more ways than one. Given the right conditions, culinary mint will grow like a weed, producing everything from ground-cover-style English mint, to the tall bushes found in the wilds of North America. There, in the US’s Pacific North West, mint has been drawn from the mountainous regions of Montana, Idaho, Oregon and South Dakota for more than 100 years, owing to the spectacular region’s cool climate, the right amount of daylight, and a global market attracted to a flavour so tough to recreate with chemicals.

But it also prospers closer to home, or in LaBrooy’s case, the kitchen. The chef likes using spearmint for its cooling properties and fragrant, clean aroma. “It lightens a dish up if it’s a bit heavy or rich, like when it’s used in a raita with a curry,” he says. “The mint lifts the dish up. It’s great if you mix it through yoghurt, or with cucumber, feta and goat’s cheese, and it can be mixed with other herbs like parsley in a tabouli. It’s not a flavour that has to stand alone.”

In Australia, some of the best mint is produced in the highlands of Tasmania, where sunny days, cool nights and rich, moist soil produce abundant crops. But if you can’t source it from Tasmania, and can’t grow it at home, there are certain qualities you should look for when buying it.

“With the garden or spearmint you want a hardier, less watery kind of leaf,” says Talia Smith, founder of The Local's Market. She regularly includes the herb in her fruit and veg bags. “Strong and perky, that’s the best description. Look for a darker-green leaf, but still iridescent.” Smith often finds what she’s looking for early at the Sydney Markets. “It’s good to deal with regular suppliers, to know what their products are like – that way you can make sure that the mint isn’t pumped too full of water. That’s the problem with supermarket mint, it’s grown sparse and with lots of irrigation, so it will wilt overnight and have hardly any flavour. It’s better to grow your own, it’ll have much more flavour.”

Smith recommends storing fresh mint in an airtight container in the fridge, pre-chopped for easy use. But for LaBrooy, “The best thing you can do is to get a damp napkin or cloth, wrap it in that and then wrap it in cling-film,” keeping it pungent and perfect for adding to cooling summer drinks or to a warm lamb roast.

At The Grounds of Alexandria where it’s grown on-site in the garden and used in the signature avocado with heirloom tomatoes, feta za’atar, garden mint and micro herbs on house bread, and the grilled squid fattoush.
Building 7, 2 Huntley Street, Alexandria
(02) 9699 2225 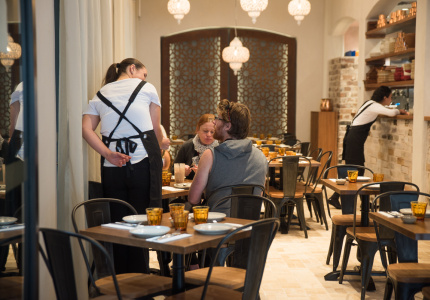