After a Refurb, Merivale’s Bar Totti’s Is Bigger and, For the First Time, Serving Its Signature Pastas

The CBD iteration of the popular Italian restaurant will be much more like the Bondi original, with pappardelle ragu, lobster and large steaks. Plus it’s open till 2am, and has outdoor seating for balmy summer nights. 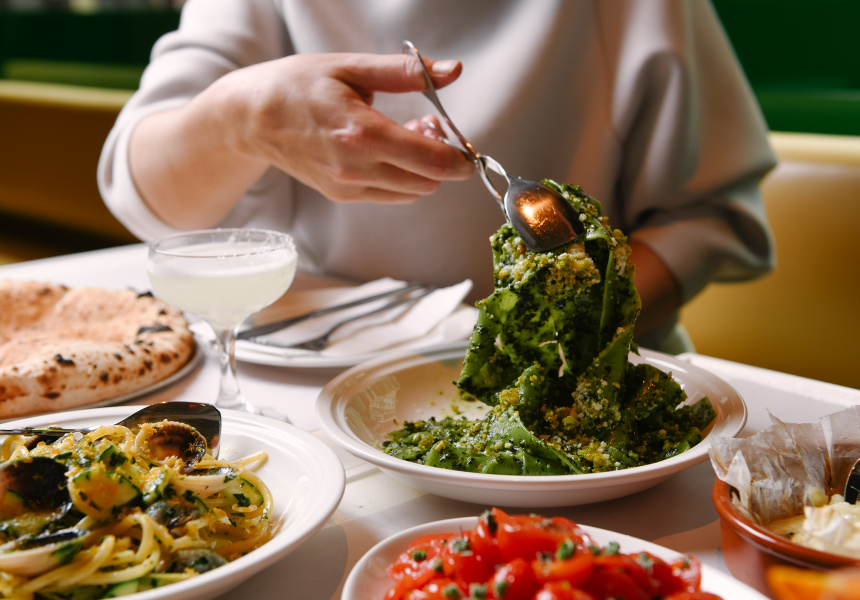 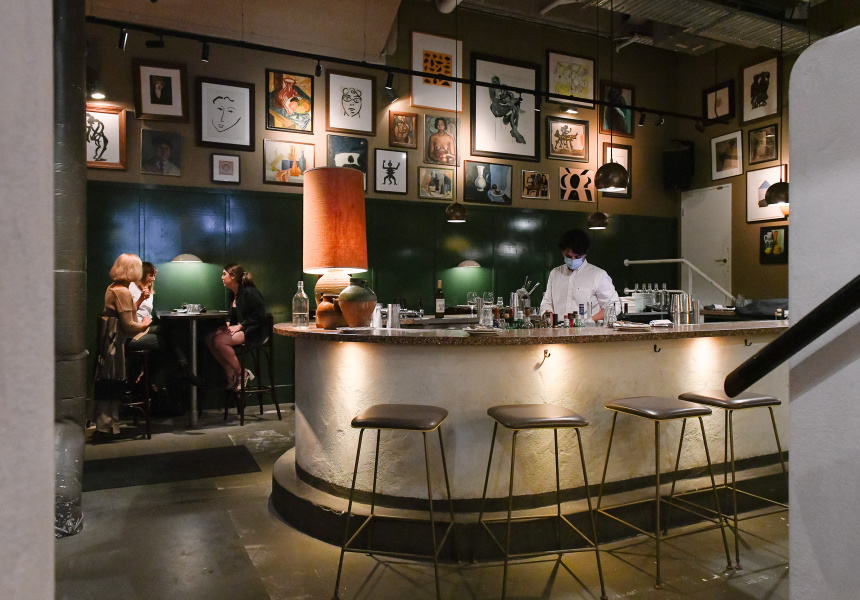 There’s always been one difference between the original Totti’s in Bondi and its CBD sister restaurant, Bar Totti’s, and that’s pasta.

Unlike the beachside restaurant, the city outpost had a much smaller kitchen so it couldn’t prepare and make its pastas, so it stuck to the other things it’s known for: antipasti and its famous puffy bread (and a couple things cooked on its little grill). That’s no longer the case.

In November 2021 Bar Totti’s reopened with more space and a larger kitchen – meaning it’s now serving its signature handmade pastas, a stack of sides and salads, and meats and seafood cooked on its new Josper grill (it used to have a couple grill items but not this range). It’s able to do that because it’s taken over the next-door space, which was previously a Lululemon store (which is now across the road in the Wynyard Station complex).

“We’ve knocked the wall down and now we have lots more room for the kitchen and dining room,” Mike Eggert, Totti’s executive chef, tells Broadsheet. “We have a full menu of pastas, including the popular pappardelle [lamb] ragu, a chitarra with vongole and zucchini – really simple but beautiful – and a couple more like the fettuccini in tomato sugo.

“The bar is still out the back and we’re still open late, but we have more seats, including al fresco dining on George Street, about 12 tables, and lots of mains like the wood-roasted whole fish, large steaks [such as a 1.5-kilogram Brooklyn Valley rib-eye] and whole lobster specials.”

Before George Street was transformed from a traffic-clog main road into a serene pedestrian boulevard that’s only occasionally interrupted by a passing tram, dining on the busy thoroughfare would have seemed ridiculous. “Yeah, it’s really beautiful now. And people are starting to come back into the city, too,” says Eggert.

Hospitality group Merivale has further big plans for its Ivy complex (which Bar Totti’s is part of) and its surrounds. Though his post-lockout ambitions were hijacked by Covid, CEO Justin Hemmes says he wants to reignite the city’s late-night economy and night-life scene by throwing big dance parties and adding additional bars and eateries, including an underground disco bar. “We have a huge space with few limitations. That gives us amazing potential to create these wonderful, mini-festival experiences.”

“Bar Totti’s kitchen is open to 2am so we’re hoping the Thursday to Saturday late-night crowd will come and we’ll build that trade,” Eggert adds. “That will hopefully reignite the night-time currency and get Sydney back to being a busy place.”