The Hong Kong-inspired eatery will temporarily take over the dining room of The Whale Inn, which was recently bought by Merivale. 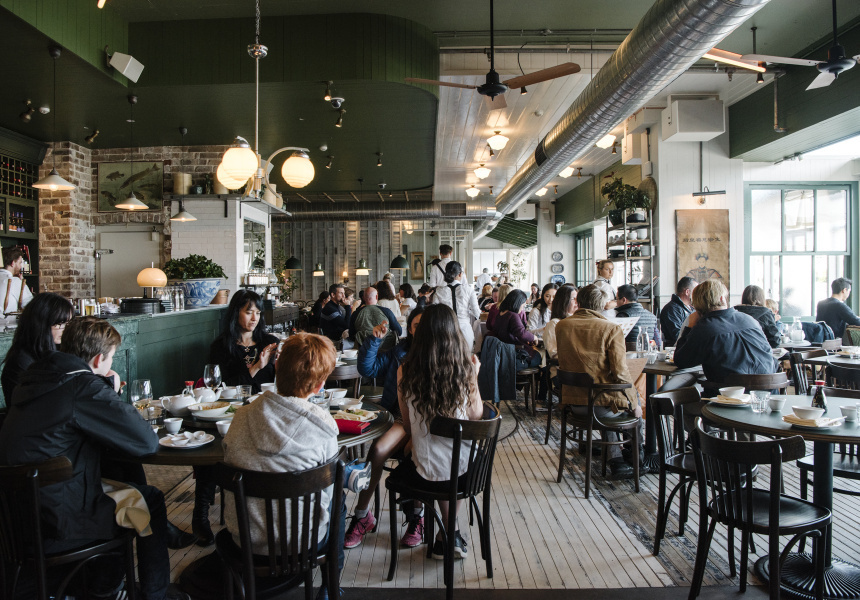 Merivale’s Queen Chow will pop up in the south coast town of Narooma this summer, with the hospitality giant announcing its Hong Kong-inspired eatery will temporarily take over the dining room at its hotel The Whale Inn. Queen Chow Narooma will open on December 11, and run throughout the summer. It takes over the space recently occupied by the Chez Dominique pop-up.

Like its Manly and Enmore counterparts, Queen Chow Narooma will serve a menu of Cantonese cuisine, with a particular focus on seafood. Expect locally sourced Wagonga rock oysters with a rice-wine mignonette, sashimi with mandarin ponzu, crayfish with XO sauce and a Balmain bug omelette with chilli oil. And dumpling master Eric Koh will be heading to the town to oversee the menu of steamed, baked and fried dumplings. Queen Chow Narooma’s menu has been created by ex-Mr Wong chef Tal Buchnik, who is also head chef at Merivale’s other Narooma property The Quarterdeck, and Queen Chow Manly’s Toby Worthington.

The bright and airy space has ocean views, and will be furnished with large lazy Susan-topped tables for groups.

Merivale announced it had bought The Whale Inn back in June. And while Queen Chow marks the second pop-up in its restaurant space – following the Chez Dominique bistro residency – the hotel rooms currently remain as-is; they’ll be refurbished “in due course”.