Whole rotisserie beasts, homemade cheeses and charcuterie from the basement. 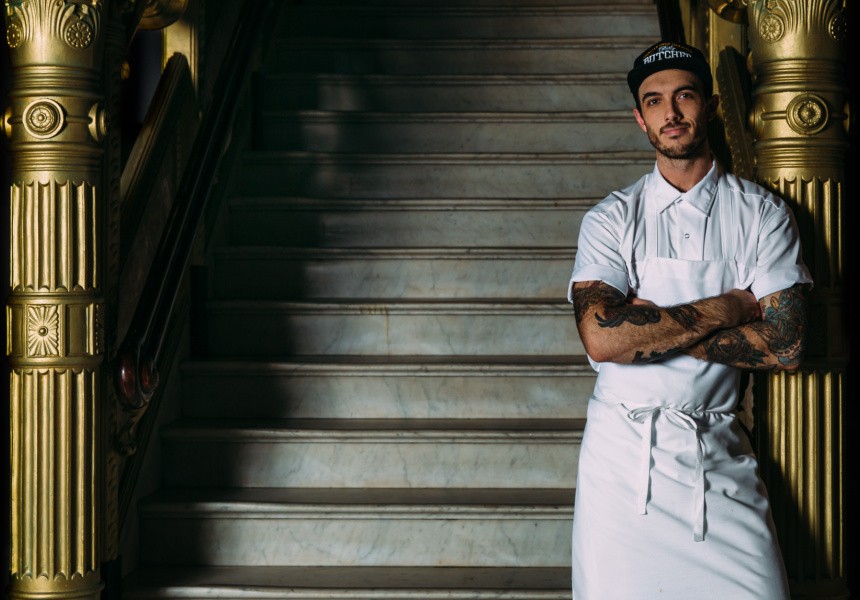 Sometime during your meal, you're going to get some cheese. When it comes, it's not going to be delivered on a cutting board or a platter. Like the fanciest and most exciting yum cha services, it’s delivered to your table from a trolley.

“I want to be known as a restaurant you go to for a good cheese experience,” says head chef and co-owner Nathan Sasi. He describes a formative experience he had with a cheese cart at The Square in London. “I remember it like yesterday. I want that experience here,” he says.

Mercado is the only restaurant in Sydney ambitious enough to make not only its own cheese, but to butcher its own meat; make its own charcuterie; and bake its bread using house-milled grains. After months of delays and waiting, it’s open (unfortunately the cheese cart doesn’t start service until Friday).

Sasi and his team have spent the year (aside from also opening Good Times Artisan Ice Cream) filling Mercado’s basement with valencay (a French-style goat’s cheese with ash and white mould); a sort of garrotxa (a Catalonian goat’s cheese); buffalo-milk ricotta; and an orange-wine-washed taleggio. There are also five kinds of charcuterie cuts, including a truffle mortadella and an incredibly succulent chorizo.

“They're all done as composed dishes. Rather than having one of each little thing, we wanted them to be dressed up a little bit,” Sasi says. For example, cecina (a smoked cured beef) is served with wood-fired beetroot and Mercado’s garrotxa. The cured meats, and some of the cheeses, are part of a share-plate menu. Snacks include tartlets of Oritz anchovies and roasted bull-horn peppers, and plates of jamon-style cured kingfish with Sasi-made crème fraiche and horseradish.

The wood-fired oven pairs up with a rotisserie to provide the restaurant’s bigger platters. These involve whole spit-roasted lambs, and an epic Wagyu blade from David Blackmore and Melanda Park suckling pigs. “The pigs they raise are incredible. Matt and Sue do a cross breed for us – Berkshire that has a lot more fat, with a standard white pig,” says Sasi.

“The menu will be changing all the time. We want it to be just like a market in Spain or South America, where there's fucking produce everywhere and everyone has to cook with the season,” he says. In appearance, it’s far more opulent. The basement space in Angel Place is heritage listed, and rightly so. There’s marble flooring, brass features and a staircase that would be fit for a royal wedding. “The environments I usually like to create are a bit more casual and relaxed. We are catering to the city, though, and we needed to step it up a little notch,” says Sasi. 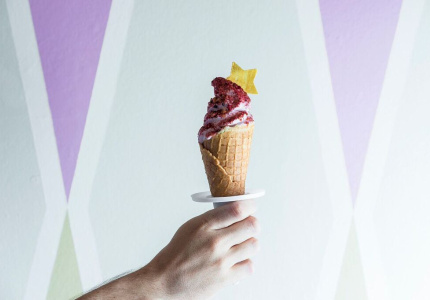