On the Menu at TEDxSydney

Custom-made, local, young wine, Young Henry’s gin and beer infused with native ingredients are in store for those heading to TEDxSydney. 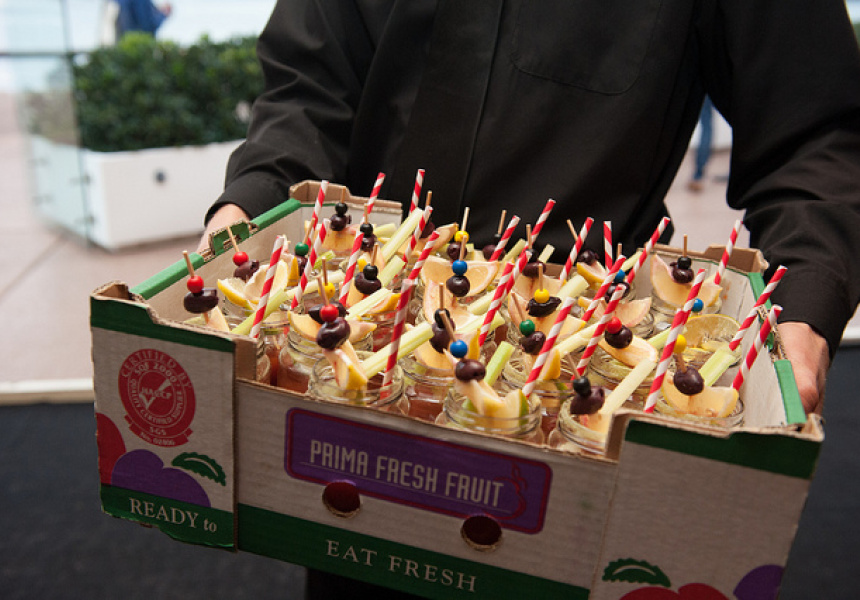 The crowdsourcing of fresh produce from local growers for some 2200 guests at last year’s TEDxSydney was nothing short of a catering triumph. For the 2014 event this month, food curator Jill Dupleix has designed a communal lunch using organic ingredients from initiatives that support and employ refugees and asylum seekers including The Bread & Butter Project and St Canice Refugee Garden in Elizabeth Bay.

On the drinks front, wine journalist and critic Mike Bennie has taken charge of the after party. Using sauvignon blanc grapes from Tumbarumba at the foothills of the Snowy Mountains, he and winemaker Alex Retief will create their own natural wine to match the rustic food menu. “It’s a traditional German young wine that they drink very early in the harvest season,” says Bennie of the federweiss that will still be fermenting when they serve it straight from the barrel on the day. “It’ll have a really light spritz. It’ll be fresh, active on the day, and cloudy as it’s unfiltered. It’s a really pleasant wine.” The fruit is being harvested right now.

Bennie also brought Young Henrys on board, which will use native fruits, herbs and spices grown at Sydney’s Royal Botanic Gardens to create a bespoke gin and beer. “We have a good friend at the gardens in Clarence Slockee. He’s its Aboriginal education officer with a wealth of knowledge on native foods,” says head brewer Richard Adamson, who will add Davidson plums to a wheat beer served on tap at the event. “It’s quite tart and has a fair bit of sourness, so it should go really well with the dry wheat character of the beer.” Pepperberry, bush tomato and Australian-grown hops are likely flavourings for the gin. “The gin is something new for us. We’ve done some trials, but the clock is ticking on us!”

TEDxSydney tickets to the main talks are sold out, but there are tickets available for the talks in The Studio. View the full TEDxSydney program at tedxsydney.com