Two weeks out from opening we go behind the scenes on the creative vision for the pub. 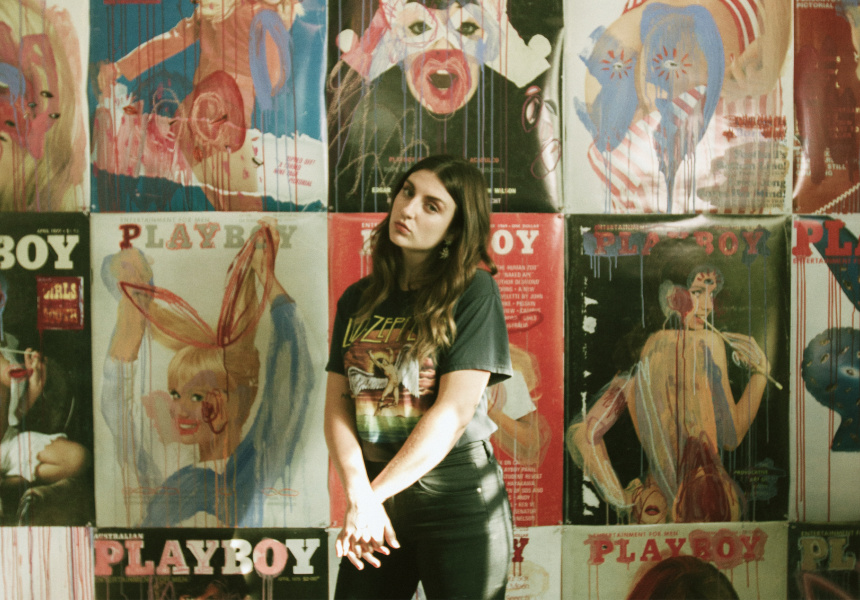 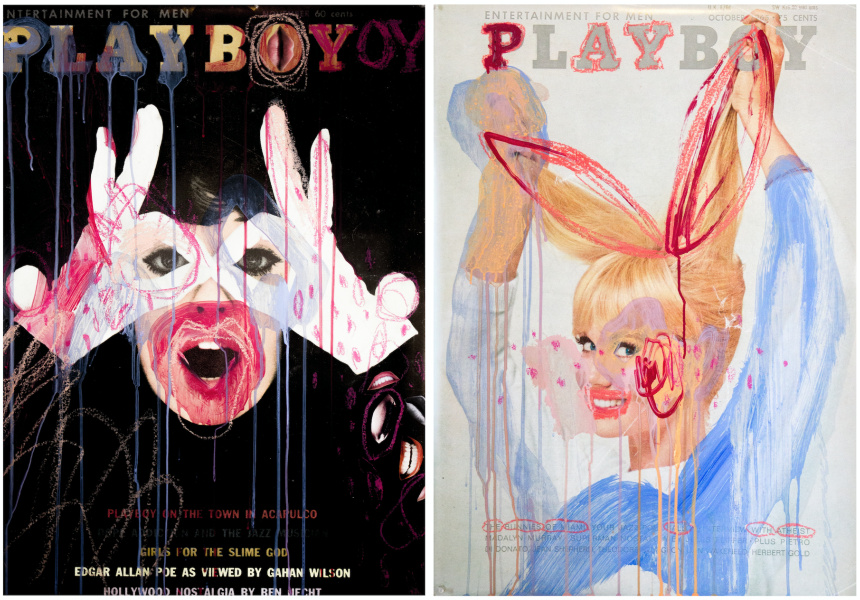 Cochrane’s developed a crick in the neck, collaging and painting an intricate bathroom ceiling. “I’ve had two amazing interns helping me, but I’ve had to do one day on, one day off,” she admits. The ceiling, a piece she and Smyth have dubbed “The Pistine Chapel”, is made up of clippings from vintage Playboy magazines, altered and reshaped into something she describes as “risky, maybe” but optimistic overall.

For Cochrane, it’s not the shock value of print pornography that’s appealing. The possibility of a new, positive message to unravel standard perceptions of beauty permeates much of her practice outside of the Lansdowne Hotel.

Cochrane is interested in “questioning beauty and its place in society and in contemporary culture”. At the Lansdowne, she wanted her work to mimic the pub’s transformation from something historic and ritualistic into something new and visionary. To create her work for the hotel, the artist compiled a stack of magazines from the 1960s through to the early ’80s. Distorted clippings of lips, eyes, cigarette cartons and old-world ad slogans are layered over blown-out posters, which have then been coated with thick, provocative stripes of paint. “By changing the way these very stereotypical depictions of the way “perfect” women look, and putting them in a pub for people to see and question, it’s quite impactful,” she says.

Cochrane says the concept of female artists subverting the male gaze and rewiring widely accepted notions of beauty and sexuality is nothing outlandish within art circles and in galleries. But she’s excited to see that kind of work appear in a pub, which is otherwise a male-monopolised environment. “It’s about time that we have a venue that’s in favour of that, or that allows art to be more involved than just [being] on the walls and framed. It all seems to be so positive, in my opinion,” she says.

Similarly for Smyth, the reason behind including Cochrane in his vision for the Lansdowne was less about ensuring the venue had a fresh new look, and more about supporting local creative talent. And this seems to be the publican definitive end game.

“We weren’t trying to make a statement, we just loved her work,” he says. “We wanted a subversive artist and someone who did it naturally.” Cochrane was initially engaged to create one mural, but Smyth quickly came to trust her vision for other spaces in the venue. Her work features in the back smoking area and outdoor courtyard, on the menu, staff T-shirts, an upstairs wall and on promotional posters pasted up throughout Sydney right now.

“We’re pretty brave as far as imagery is concerned, I don’t think adults need to be shielded from the female body,” Smyth continues. “Maybe some people will be a bit offended, but they can go fuck themselves. This is about Jess and her art.”

As for what else is in store from Smyth and his team at the new Lansdowne, you can expect Sicilian and Calabrian-style pan pizzas, with pepperoni from friends at LP’s Quality Meats. Smyth describes the style as “a bastardised hybrid between a Detroit square pizza and a Soho Square. Pizza nerds will get that.” The venue’s celebrated $10 lunch specials will return Monday through Friday from 12pm to 3pm, though under Smyth and Graham’s direction you can expect a little more for your money.

As with The Unicorn in Paddington, the wine list will feature only Australian wines – the best of our own wine-making talent. There’ll be Budweiser, as well as a “good mix of Aussie beers” and “simple, fun, party-style cocktails”.

And you can rest assured live music will be the true core of the Lansdowne. Smyth is excited about the roster of gigs rolling out over the coming months. “We want to offer people an opportunity to enjoy live music again,” he says. “We feel like we’re engaging a community, and rather than dilute it, we’re going all out.” Like his fervent support for Cochrane, Smyth says the Lansdowne is about supporting bands, creative communities, and the evolving fabric of nightlife in Sydney.

Smyth says it will “take more than one or two venues” to make Sydney great again, but he really believes “the energy’s there”.

The Lansdowne will reopen on June 15.