Matching Food and Drinks For Winter

To help ease into winter, we turn to some of our favourite food haunts to find the best cold-weather combinations for dining and drinking. 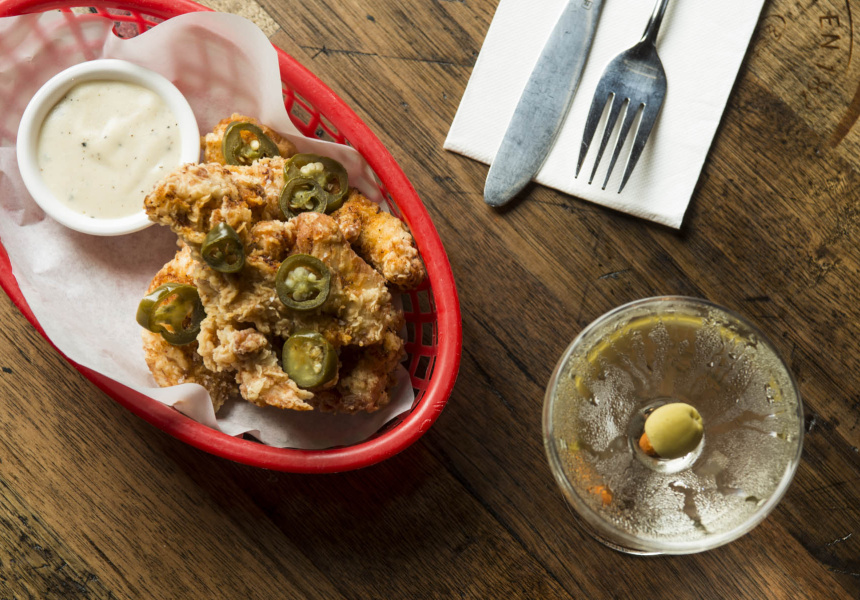 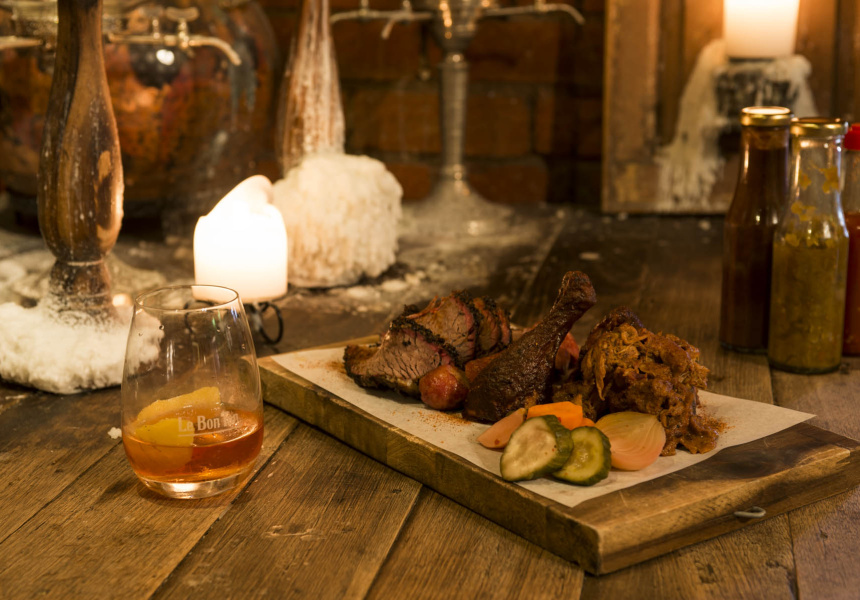 A quick-fix trick to navigating a cold snap: plant yourself by a fireplace, sip warmly, eat heartily. But it takes finesse to match winter meals with the right drink.

Evan Stanley, bar manager at the American South inspired Le Bon Ton in Melbourne, likes to get things started with a glow.

“For colder weather, and along with a beautiful, light entrée, I recommend something like a Martini,” says Stanley. “We do one with some dry cherry, whiskey aroma and almond-stuffed olives. That’s making it a bit more wintery, rather than using the usual fresh lemon peel.” Stanley says martinis go well with fresh oysters, but at this time of year he prefers pairing one with fried chicken tenders, which Le Bon Ton soaks in buttermilk and serves with cracked-pepper white gravy.

As the meal develops, Stanley recommends a Sazerac, or a nice cold gin such as Tanqueray No. TEN to cut through heavier, smoky flavours, particularly those of Le Bon Ton’s meat boards. “We’ve got beef brisket, pulled-pork shoulder, apple barbecue-basted chicken and Jalapeño sausage,” says Stanley, who’s been pairing the selection with plenty of bitterness. “You need something to really help cleanse your palette off. Same with spicy foods.”

While Sydney has the more favourable climate than Melbourne, it’s not exempt from winter tastes. Part owner and sommelier of Porteño and Bodega, (as well as custom car aficionado) Joseph Valore likes to stave off the cold with meat. And volume. “You generally become a bit hungrier in winter,” says Valore. “You want something that warms you up.”

According to him, the warmth should start before the food arrives. “I always say a great way to warm things up is a pre-dinner drink. I’m a big believer in basic cocktails,” Valore says. “I quite enjoy a Sazerac. It’s one of the oldest-known cocktails, from the early 1830s. The original cocktail was based on a combination of Cognac and bitters, and now it’s generally served with rye whiskey.”

Valore explains that the rye variant offers sweetness, while the Cognac is much drier. Both warm up the palate for juicy meats. “A Sazerac would move well into something grilled, because the Cognac gives you those citrus notes. I love anything grilled, anything char-flavoured.”

Regardless of style, Valore applies one principle to pairing drinks to hearty winter meals: “Use a short drink – not too much volume. Focus on the base spirit.”