The Master Behind Messina Writes a Book

Nick Palumbo gives away the techniques behind his wildly popular iced treats in his first ever cookbook. 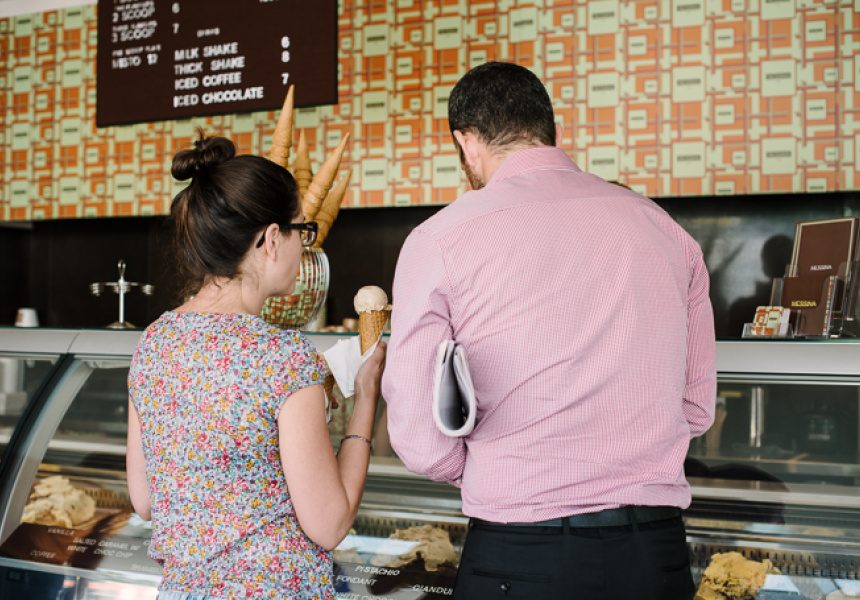 After years of thinking about a gelato cookbook, co-owner and gelato fanatic, Gelato Messina's Nick Palumbo finally put pen to paper. What he thought would take about a month wound up taking more like 16 (though he did open three new stores and have a baby in the meantime). “It was one of those situations where I thought I had all the information in my head, but to put it down on paper took so long,” he explains.

Gelato Messina: The Recipes features 50 of the store’s signature gelatos, plus a detailed look into the science of ice-creamery. “I didn’t want to make it too professional, but at the same time I didn’t want to do a Marie Claire kind of cookbook,” says Palumbo. “Obviously, if my peers read it, I want to sound like I know what I’m talking about. That was the toughest bit, trying to find that balance, so anyone could pick it up and get a general understanding.”

But, if you’re going to make icy delights as well as Messina does, you’re going to need to invest in some hardcore gelato gear. “To make it properly you will need special equipment,” admits Palumbo. “But without it you’ll still get a result.”

While the ice creams inside the cookbook represent the staples from Gelato Messina, Palumbo’s not worried about giving away the secrets of his craft. “I’m quite honest in the book, I do say how we make our gelato,” he says. “But for us, we like to think there’s a bit more than just the recipes. I don’t mind giving away secrets; we’ve still got plenty more.”

Gelato Messina: The Recipes is out now from Hardie Grant