Mary's Has Created a "Hell's Kitchen" Strictly for Metal Fans

The cult burger joint is behind Download Festival's fine-dining food line-up, which comes with a side of Slayer. 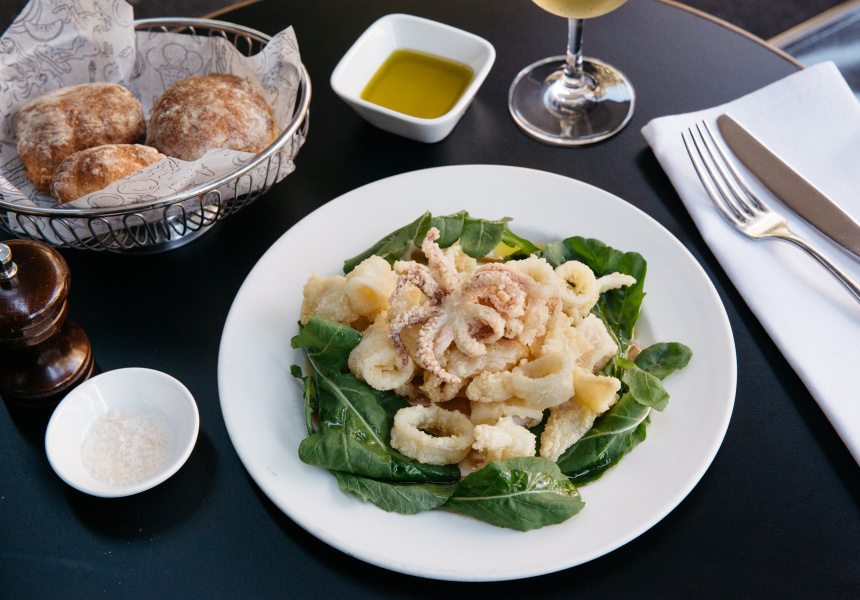 At Mary’s the owners’ love of heavy metal is literally splashed on the wall – iconic band Slayer’s logo is graffitied in pride of place next to the toilet. It follows, then, that the men behind the much-loved Newtown burger and booze funhouse, Jake Smyth and Kenny Graham (also of The Lansdowne Hotel and The Unicorn), should curate the food line-up for 2019’s Download Festival, which is all about music from the heavier end of the spectrum.

The guys have hand-picked some of their favourite chefs for both the Sydney and Melbourne legs of the March rock festival, as part of an offering they’ve appropriately dubbed “Hell’s Kitchen”.

In Sydney, Smyth and Graham will be pumping out Italian from their pizza joint, Mary’s Pizzeria. There’s also Paul Carmichael from one of city’s most high-end restaurants Momofuku Seiobo, and Enrico Tomelleri from elegant Italian wine bar 10 William Street. Ali Currey-Voumard, from another exceptional restaurant, Tasmania’s Agrarian Kitchen, will be there, too. In Melbourne, headbangers will be fed by the Mary’s lads, as well as Phil Wood of lauded Laura at Point Leo Estate, Jo Barrett from Yarra Valley’s Oakridge Winery, and Aaron Turner from one of Australia’s best regional restaurants, Igni.

Chat Thai and vegan brewers Yulli’s round out the line-up in Sydney, while Beatbox Kitchen are also on board in Melbourne. Messina will be on dessert duty at both legs.

“Getting other chefs involved is what we’re excited about,” Smyth told Broadsheet. “[We’re] wrangling these freaks together to do something really fun. That’s something we do well, blending highbrow and lowbrow, and that’s what’s good about getting these big-name chefs outside in a field.”

While fans of the bands on the line-up – which includes Ozzy Osbourne, Slayer, Judas Priest and Alice in Chains – may not be notorious for frequenting fine diners and cult cafes, Smyth says the stereotype of them lacking culinary taste is outdated.

“People have connotations of metal being from the ’80s and ’90s, when people weren’t into food in general. [Metal fans] weren’t trapped in amber that whole time; they have been there alongside the rise of Masterchef and the increase in quality of food and farming, along with everyone else,” says Smyth.

“These people are people, and Download’s thoughts are why would they serve something like dagwood dogs and hot chips to 35,000 people when they can eat Mary’s Burgers and Momofuku instead?”

It’s in keeping with the rise and rise of fancy food and booze at music festivals, a trend that has taken off across the globe.

Smyth and Graham got the food-curation gig with Download Festival after emailing the organisers to find out how they could be involved. The festival, which has been a staple on the metal calendar in the UK for 15 years.

It’s not yet been confirmed what each chef will be serving to punters, and there are still more to be announced. But Smyth reckons it’s going to be raucous.

“Our only guidance is to make it fun, not stupid, but fun. And to all get wasted on the day. Everyone else is going to be wasted, we’re not taking this too seriously.”