Order a cocktail, take home a bottled version, and try a grappa made from spat-out wine you heard about at Rootstock. 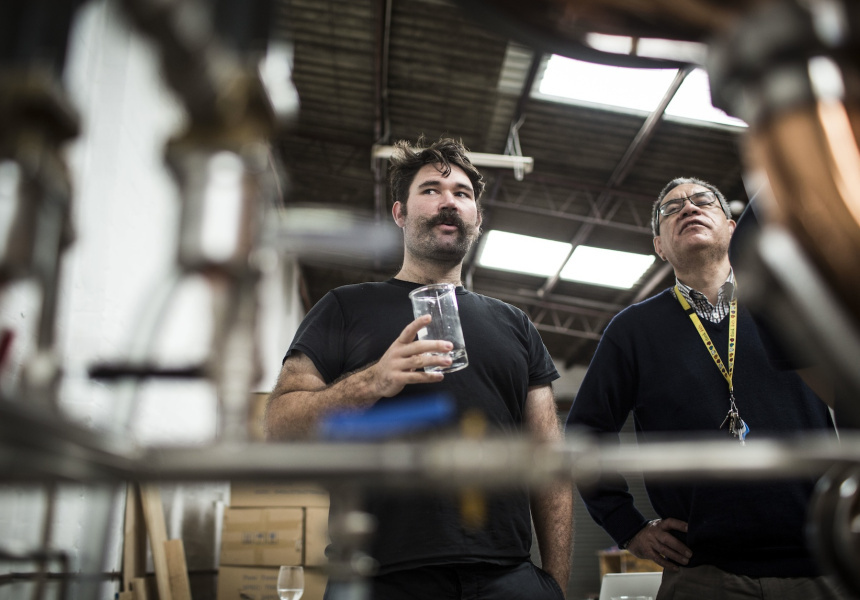 It’s been two years since Poor Tom’s distillery was born following an unexpectedly successful Pozible campaign. Since then it’s made a name for itself producing not only international award-winning gin, but also a series of eccentric boozy innovations; at the 2016 Rootstock wine festival it collected spat-out wine and made grappa with it. And in 2018 it will open its distillery to the public.

“The original idea for Poor Tom’s was to open a bar and a distillery together, but we realised we didn't have enough money to build the bar component,” says Poor Tom’s co-founder Griffin Blumer.

They do now. Along with capital, Poor Tom’s has recruited Melbourne mixologist and bar manager Sean McGuire (Nieuw Amsterdam) and the plan is to now transform part of the distillery into a cocktail bar and tasting room.

“The idea is to change the drinks menu every week. We'll be pre-batching cocktails to sell but making them fresh for people who come in,” says Blumer. “Each cocktail will riff on a different classic: one long drink, one Martini, one Old Fashioned, a sour, a Negroni maybe. Each week we will change the inflections of each drink. We might do some homemade gin Zuppa Duppas, too.”

Because the team is still waiting for council approval, any concepts or menus beyond that are up in the air. It’s the same story for the design, which Blumer describes as an alternative to church. “We've got this holy archway we can light from behind. We'll put stained glass on the front. We've got lots of plants, muted natural colours and textures,” says Blumer. “We want it to feel like one of the [nearby] breweries. You might wander into Wildflower, Batch or Grifter at two in the afternoon, have a drink and then go to the next place.”

Probably the most interesting part of the idea is that the new bar will give punters access to not only Poor Tom’s spit-grappa, but also its future ideas. “We plan to make our own whisky using some of the local breweries’ beers that'll be exclusive for the bar.”