Its last two restaurants have opened, completing the development. 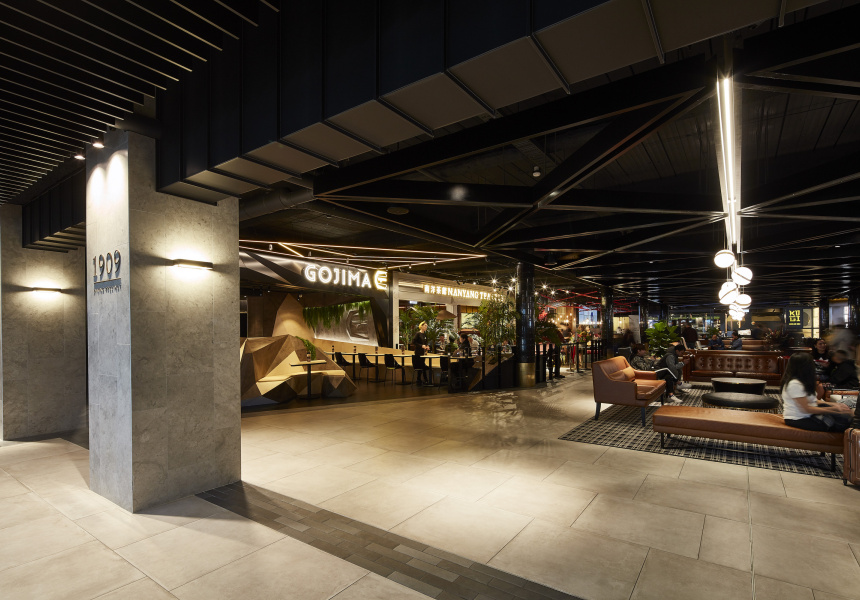 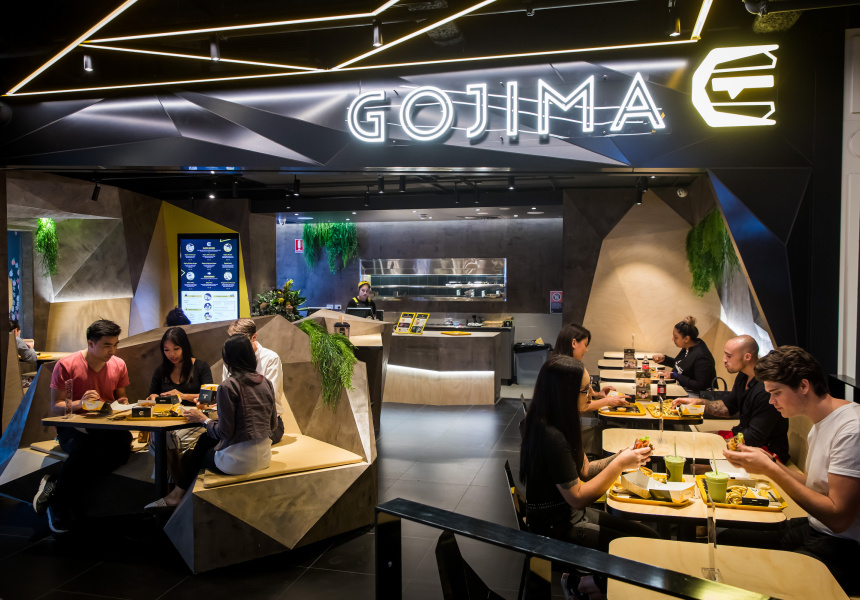 Named after the year Sydney’s first fruit and vegetable market opened at this site, 1909 welcomes Sokyo chef Chase Kojima’s second Gojima, which is famous for its sushi burgers. Kojima opened the first outpost at The Star in 2016, fusing American-style diner food with Japanese cuisine.

He won’t be messing with the formula at Market City: there’ll be nine styles of his sushi burgers, which use nori and rice instead of buns, as well as regular burgers and fries, all available to eat-in or takeaway. He’ll also be serving southern-style fried chicken with his “special sauce”, frozen desserts and thick-as thickshakes, in flavours such as chocolate miso, green tea and strawberries and cream.

The other eatery joining the fray is Nanyang Tea Club. The name means “South-East Asia tea house”, but the 88-seater will be doing so much more than brewing tea. It’s a collaboration between Kaisern Ching of Chinese restaurant Chefs Gallery (at Town Hall) and Billy Chong of Malaysian chain Ipoh Town (Barangaroo, York Street, Chatswood and Grosvenor Place).

Nanyang Tea Club focuses on Malaysian cuisine (which Ching says is “truly the original fusion food of the world”), with Singapore influences coming into the mix. The menu includes classic Malay and Singaporean dishes, such as chilli crab, coconut chicken soup and bak kut teh (pork rib broth).

Tea and mocktails will also take inspiration from Malaysia and Singapore, while the interior harks back to the colonial era in both countries, with rattan furniture and antique-style finishes.

The two eateries join seven others that opened in 1909 last year (which is handily open morning to night, seven days a week).

There’s the Sydney outpost of Mr Meng Chongqing Gourmet, a Sichuan noodle chain opened by the host of a cult Chinese dating show. It dishes up slurpable Chongqing noodles and the chain’s signature deep-fried spring rolls.

Also part of a global chain: the opulent hotpot diner Dolar Shop, which has more than 50 outlets around the world. Diners can pick from six types of broth for their base, as well as several types of protein and 25 condiments, including fried garlic, XO and corn.

There’s also an outpost of Yayoi, which has 343 restaurants in Japan and another 194 elsewhere around the world – including three already in Sydney. Its house specialty is teishoku, which is a set meal that includes rice, miso soup, a main (which might be Panko-crumbed chicken or thinly sliced Wagyu with noodles in broth) and two seasonal sides.

Rounding out the precinct’s eateries, there’s Kogi, which elevates Korean barbeque with premium meats that customers grill on barbeques with rose-gold exhausts; Beijing Impression, famed for its crisp-skinned Peking duck; Fugetsu, a sushi train restaurant; and The Eight, a classic Chinese restaurant that does yum cha, with more than 70 dishes to choose from.

All restaurants in the 1909 Dining Precinct are now open.