Kim Margin and his family’s boutique mushroom farm is bringing top-quality mushies to markets across Sydney. 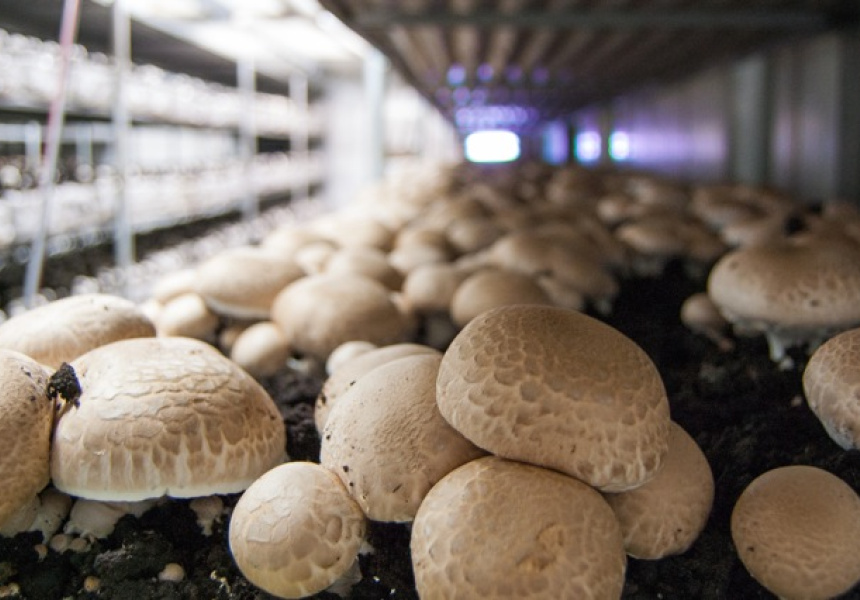 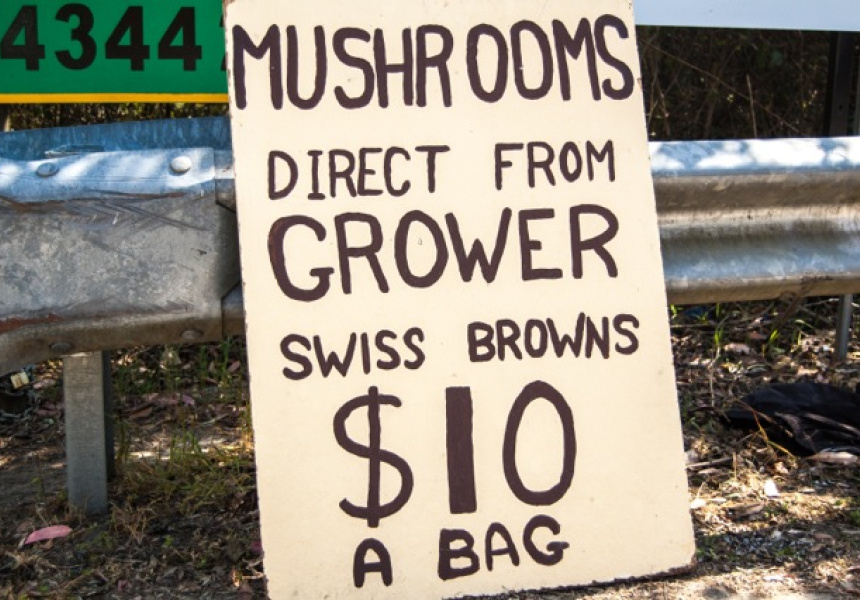 It all started in the family’s old ice cream factory in Wow Woy almost four years ago. Kim Margin’s father had stopped making ice cream in the 1950s when they sold to Peters Ice Cream. Years later and Margin’s family became makers of soft drinks, but when they couldn’t compete with the ‘big names’, they started thinking about reinventing themselves. “Someone had mentioned a long time before that we had a good spot for growing mushrooms in the cool room of the ice cream factory”, says Kim. “It wasn’t until we were looking for a new business that I started looking into it seriously. It was just an experiment to begin with. I got advice from a third-generation mushroom farmer and set about getting the conditions right. Once I had all the pieces to the puzzle, I realised my experiment had great scope. I knew then how to make it successful and we started growing and selling mushrooms.”

Local organic food co-operatives embraced Margin’s chemical-free mushrooms, which also scored a big tick for food miles. Word travelled amongst members of the local Beefsteak and Burgundy club and before long chef and author Stefano Manfredi was a big fan.

After a move to larger premises in Woy Woy (on the Central Coast of NSW), the business grew to accommodate more of what they love doing: selling face-to-face at markets. Half their production goes into the hands of people queuing at farmers’ markets including Eveleigh, North Sydney, Hawkesbury Harvest in Castle Hill and Blackheath. The other half is personally delivered to the likes of restaurants, such as Bells at Killcare, and providores such as Feather and Bone in Rozelle.

So what’s so special about this Central Coast mushroom? To begin with, it’s the freshness. Their Swiss brown and white mushrooms can go from bed to plate within 48 hours. Unlike the big mushroom growers who go through wholesalers, the Margin’s is a small operation. Kept in optimum conditions until market day, the mushrooms are then quickly transferred to a duck-down-lined vehicle and packed under doonas to keep these sensitive things of beauty from reacting to any change in humidity and temperature.

When you hold one of these just-picked mushrooms in your hand, it takes you by surprise, it’s heavy. Fresh mushrooms should feel heavy for their size. The older they get, the lighter they become as they lose water after harvesting. Kim and his family are keen to point out the colour of their mushrooms. With beautiful pink gills and firm creamy, smooth-textured caps, they are an altogether different specimen from the kind we are used to seeing in the shops.

It’s also how the Margins go about growing their mushrooms. “We don’t spray our mushrooms with any chemicals”, says Kim. “Rather, we have several fly-catchers in each room which emit a frequency that attracts the flies.” The compost blocks, produced near Singleton in the Hunter Valley, which cleverly recycle the waste products of other rural industries, including sugar cane bagasse and nitrogen-rich chicken manure, use no genetically modified bulking agents and no pesticide-loaded cotton seed hulls. In fact, the Margin’s compost meets Australian organic standards. It’s one reason why gardeners flock to buy their spent mushroom compost – its excellent water-retentive and soil-conditioning properties make it a great resource in the garden.

They have a good thing going here and they make a lot of people happy. “We thrive on people coming up to us at the markets and telling us they’ve never tasted mushrooms like ours”, says Kim. “What often happens is one person says it and one by one, the entire queue is talking about the same thing. It’s wonderful.”

As for the eating, nothing beats the meaty flavour in a Swiss brown flat – the last stage of the mushroom where it’s left to mature beyond the button and cap stages. Margin cooks his in butter. His wife, Christine, (nicknamed the mushroom queen of Woy Woy) likes her portobellos baked with olive oil and garlic, while their son, Charlie, makes a mean fettuccine boscaiola.

The farm is open to the public Monday-Friday 9-11am. There are also organised farm tours.