A New Life for the Shore Club in Manly

A former Aria chef has taken it over and will transform it with a charcoal grill restaurant and a rooftop bar. 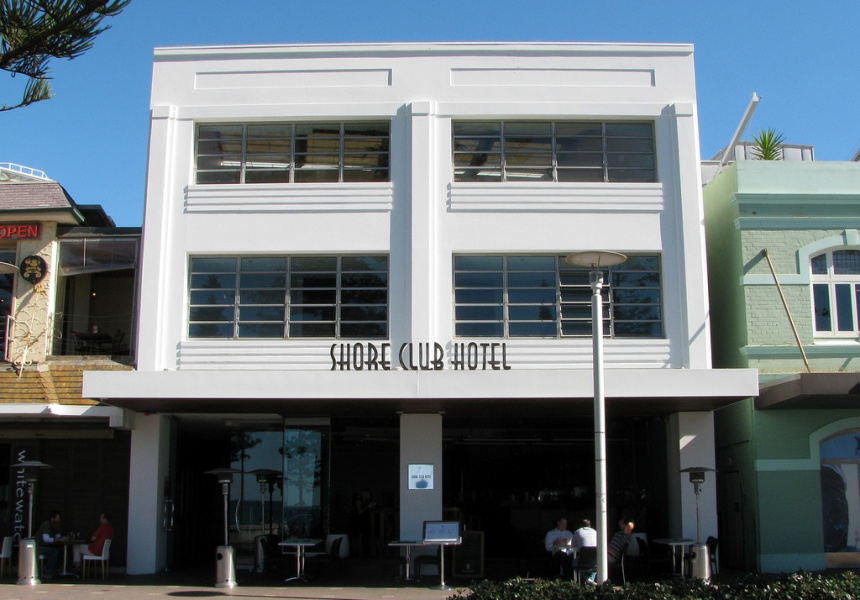 “The beachfront is really neglected in Manly. It’s the right time and the right site. It’s unique and it’s away from the wharf –which is all buzz, buzz, buzz. We are a destination, and we’re going to cater for locals and tourists,” says Anderson.

Along with the keys, he has also inherited the venue’s troubled reputation. Police were called to the venue in 2011 after 20 men forced their way in and attacked the staff. “It was on NSW’s top worst venues for assaults. I have had several conversations with the Manly police,” says Anderson.

It has been vacant for almost four years – a wasted opportunity with a capacity for 400 people on the waterfront.

“People are excited about it, we’re able to start from scratch.”

Construction has begun on the enormous venue, which spans three levels. The approach here will be wholesome, focusing on recreating a family-friendly atmosphere with great food. The owners have happily accepted a 12am licence, which has been brought forward from 2am.

In the restaurant on the second floor there will be a wood-fire pizza oven and a charcoal grill. “It’s not ribs and rumps or a Brazilian steak house. You can come by and have a nice piece of steak cooked over coals,” he says. A cocktail bar will slide into the rooftop area, open to the ocean breeze. Beers and wine will be on tap.

Luchetti Krelle is looking after the design. It will be fresh, with chairs of all different heights.

While there are whispers it’s going to be the north’s answer to Coogee Pavilion, Anderson doesn’t want to draw comparisons. He just wants to give locals what they want.

The yet-to-be-named restaurant and bar will open in May next year.