At the Wharf Bar get pub classics that are “more 2021 and less 2002 – when we first opened”, or slide into a terrazzo-topped table at Bar Tropic for elegant seafood and stellar cocktails. 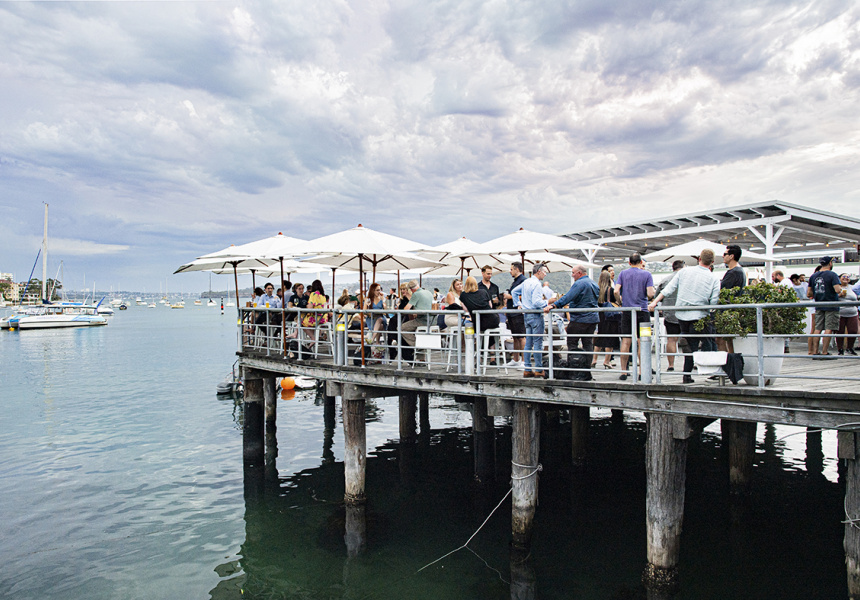 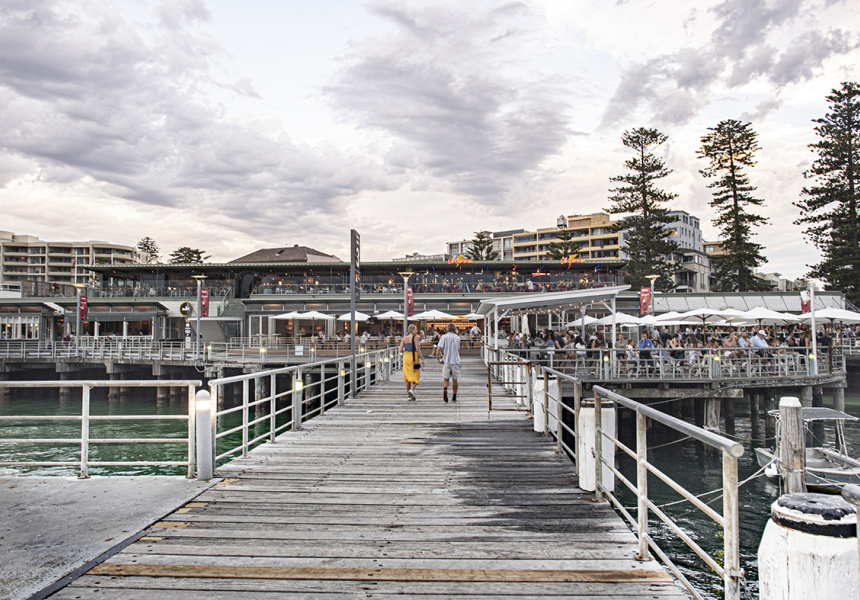 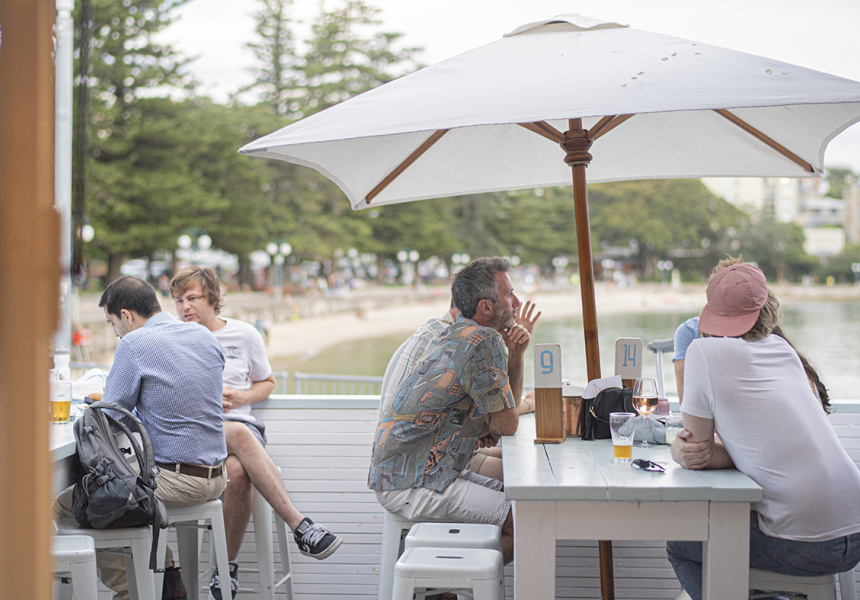 A fresh new look by Alexander & Co and the installation of a star chef in the kitchen are just two drawcards at Manly’s Bar Tropic, the new restaurant inside the much-loved and newly reopened Manly Wharf Hotel.

The Wharfie, as it has long been known, reopened last month and locals are glad to have their waterfront boozer back.

“I think Manly locals are loving what we’ve done on the pub side,” says owner Ben May, who also runs Burleigh Pavilion on the Gold Coast. He’s been inspired to bring some of what he’s created in Queensland to his Manly digs. “Burleigh and Manly are sister venues and we want them to speak the same language. It’s a new chapter for Manly – there’s nothing else like it here.”

Around $5 million was spent on the refurb, which saw the interiors gutted and resurrected with a pared back, neutral palette of blond, caramel and tan, highlighting the raw bricks and concrete floors and ceilings.

“It’s coastal but sophisticated,” says May. “I wanted to bring a bit of the city in.”

New executive chef Francois Poulard is the former head chef of refined Woollahra long-luncher Chiswick. May acknowledges that the food was never the focus of The Wharfie, saying, “that’s why I got a chef of Franky’s pedigree. I’m trying to change 20 years of perception”.

Poulard’s credentials are impressive. As well as Chiswick he has enjoyed stints at North Bondi Fish and Aria. He’s also a Manly local with a baby on the way, and is enjoying a new pace of life cooking food that, in his words, might not be “chef’s food, but it’s the food that people want”.

Over at the Wharf Bar he has elevated the pub-food menu, starting with classic Neapolitan pizza – hand-stretched and cooked to order on the custom-built wood-fired pizza oven.

“We want people to know that when everything is closed they can come to The Wharfie and have an excellent pizza, or a fish taco,” Poulard tells Broadsheet. “We have burgers and all the food people want to eat when they finish work. It’s pub classics, but more 2021 and less 2002 – when we first opened.”

It’s a little fancier over at Bar Tropic, where guests crowd around terrazzo tables, a new deck overlooks the water, and the menu is seafood-focused and leans Mediterranean. A cold seafood platter is an elegant cluster of spanner crab salad, chilled tiger prawns, kingfish crudo, freshly shucked oysters and a scallop ceviche served inside a betel leaf. Eastern rock lobster is split in half, grilled with herb butter, and served alongside a pile of chips.

Bar manager Lou Edney has compiled a wine list to suit the fresh Mediterranean flavours. “[Wines from] Polperro from Mornington Peninsula matches perfectly with the menu as it's not too bold and won’t overpower the lightness of the menu,” Edney tells Broadsheet, saying that, post-lockdown, many customers are choosing to support Australian winemakers.

The cocktails list sits in harmony with the Mediterranean theme: the Amalfi is inspired by Italian limoncello, and the Saint Maxime recalls the flavours of the south of France.

Poulard acknowledges that he is not “reinventing the wheel” with the menu but takes pride in preparing the food people want to eat.

“After the last couple of years people want to settle in for a long lunch, especially with summer coming. And we want to give the people what they want. Now, we just need the sun to come out.”