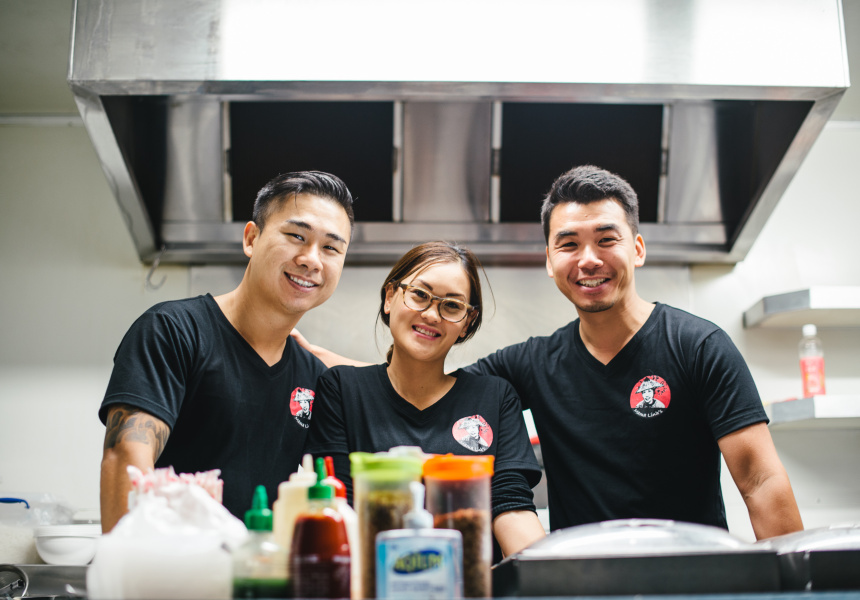 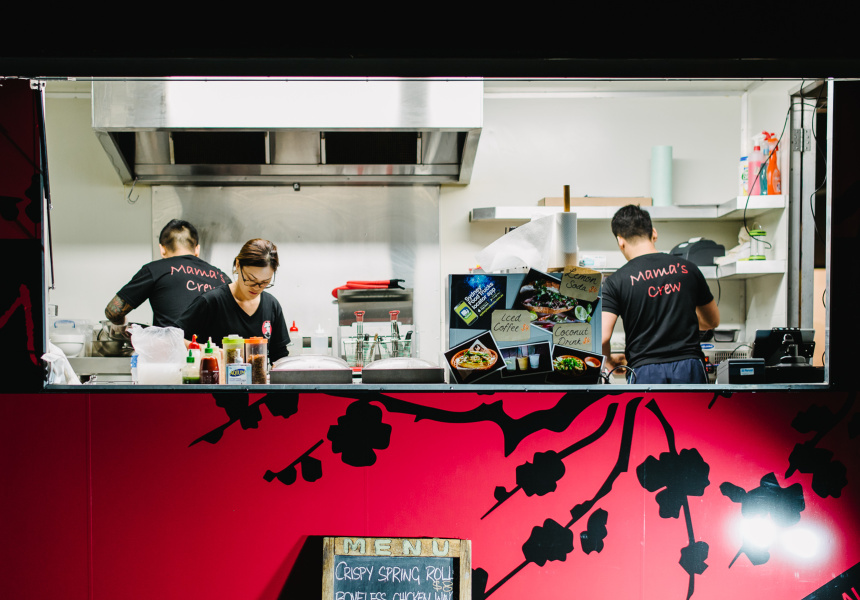 Wu’s impressive, pho-inspired dish is one of four flavours that can come in bánh mì form, in a vermicelli salad, or packed into rice paper rolls. The range and number of flavours will increase in the future, but slow-cooked shiitake mushrooms with pickled carrot and lemongrass pork, a take on bun thit nuong (a cold rice vermicelli noodle dish), will likely stay as a headliner. At $10 a roll it will seem pricey for those used to prowling Marrickville and Haymarket restaurants, but after trying it, it’ll quickly seem reasonable.

The other half of the menu features Wu’s daily whims and specials from partner restaurant Vui Va Say. It could be deep-fried boneless chicken wings stuffed with minced pork and topped with basil sauce; roast pork knuckle with sticky rice and onion puree; or a cup of Wu’s mum’s pho. What exactly will depend on the weather and whatever Wu’s latest experiments are.

Wu hopes to expand to introduce grilled meat skewers, a battered fish salad with preserved cumquat salsa and his own version of a scotch egg, Vietnamese style. “I wanna encase the entire duck egg in nem nuong (sweet minced pork), batter it and then deep or gently fry it.”

The name of the food truck and all its recipes are inspired by Wu’s mum, who since arriving in Australia has worked every day of her life making Vietnamese food. “I wanted people to know about the hardships she’s endured to stay in business in Australia. I want people to taste her food. At the same time, I wanted to create something new.”

Between 1pm–7pm on Saturday May 2 Mama Linh's food truck will be at Willie the Boatman brewery in Tempe for a day of bánh mì and beer.

Keep up to date with the location of Mama Linh’s food truck by checking their Facebook page or Twitter.