Lotus Opens on the Barangaroo Waterfront 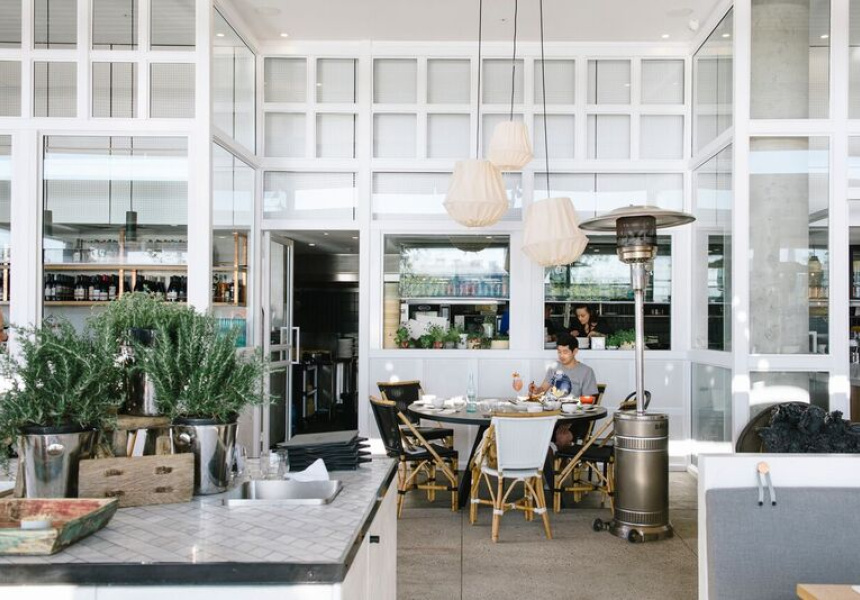 The fusion of indigenous Australian produce and Chinese recipes isn’t common in Sydney (Billy Kwong pioneered it). Chef Chris Yan of Lotus Barangaroo is excited by that.

“It gives me opportunities to create new dishes; authentic Chinese dishes that we twist a little bit with the Australian native plants and herbs. They lift the whole dish,” he says.

There is a dish of grilled ox tongue in tamarind sauce and native pepperberry. And crystal ice plant is the main event in a salad mixed with enoki mushrooms and dressed with black vinegar.

The star of the menu is the garfish; a long, bold-flavoured fish served deep-fried and twisted like a helix. It is eaten whole, bones and all. Gossamer threads of sticky, sweet, red soy sauce (traditionally used in Yan’s native Shanghai) coat the fish. Australian cassia bark, a relative of cinnamon, finishes the dish.

Lotus takes full advantage of the view; most of its seating is outside. White, residential towers rise up above Lotus’s awnings, their curved fronts mimicking waves. It’s a perfect spot for oysters and cocktails in summer.
The Bal and Bye cocktail is a refreshing accompaniment to seafood. Made from a Chinese spirit called Hong Kong Baijiu, the cocktail is cut with fresh passionfruit sorbet and coconut syrup.

Lotus Barangaroo is the fourth feather in Lotus Dining’s cap. It also owns Lotus Dumpling Bar, Lotus at The Galeries and The Resident on Hyde Park. The latter is a total departure from Chinese cuisine – it serves regional Spanish fare.

General manager Tim Peterson is amped about the new location. “Barangaroo is about the most exciting thing that’s happened to Sydney since the Olympics. From Clarence Street to the water used to be all science shops and adventure-wear outlets. It’s like a whole new city has been created down here.” 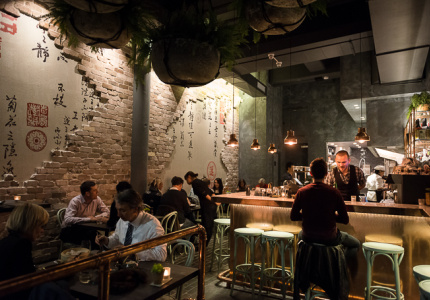