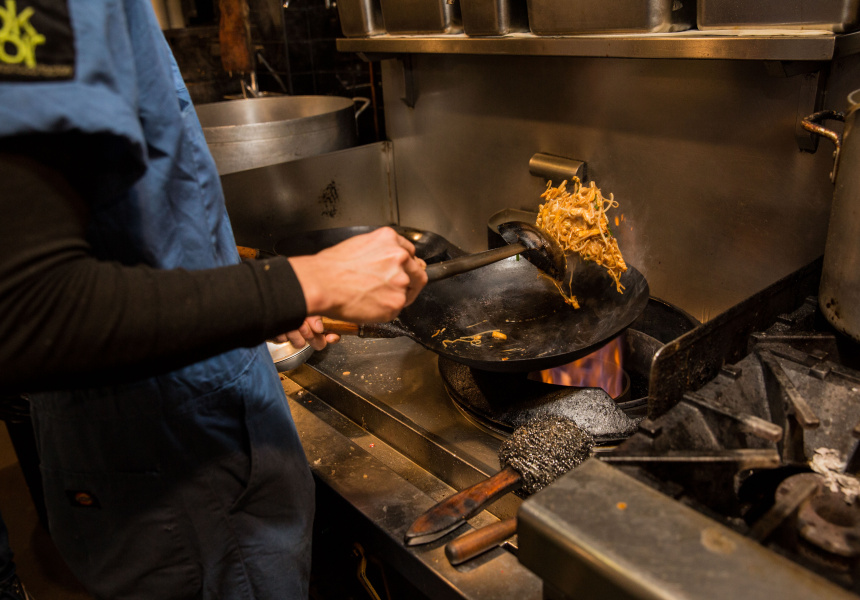 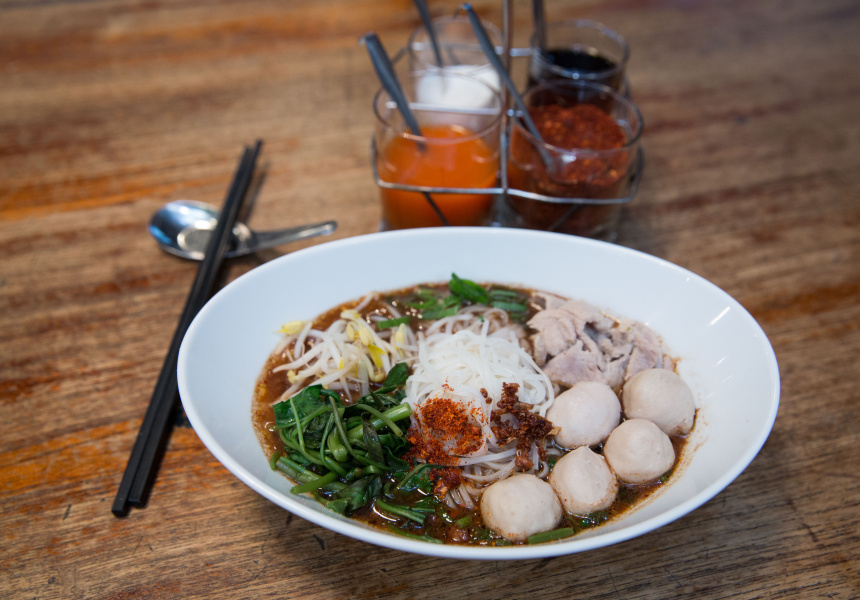 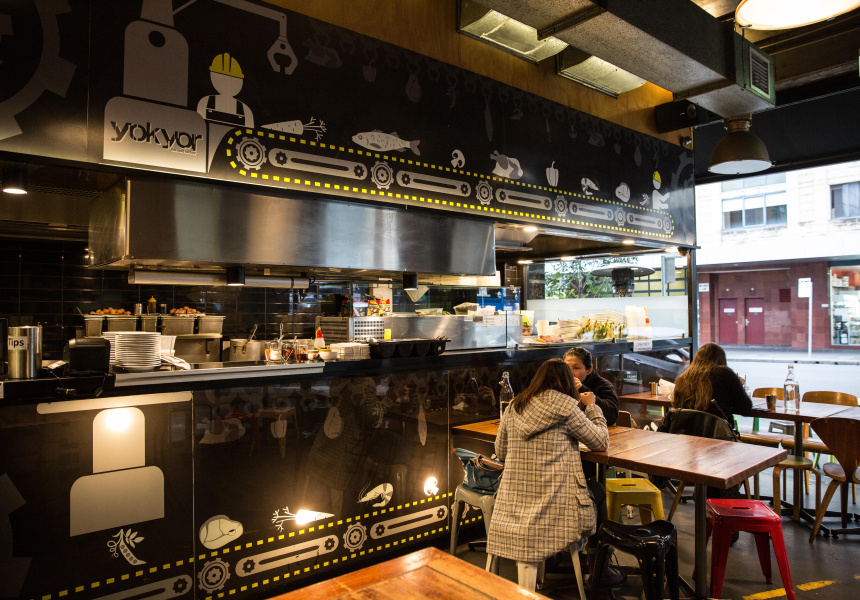 We order a gang leaung pla insee, a soupy curry loaded with soft discs of sour bamboo and chunks of mackerel. “It’s very spicy,” our waiter says with a grim smile. “You can handle it?”

There are no assumptions around spice tolerance at Yok Yor; more than half of the dishes are spicier than the hottest dishes at other Thai restaurants. Some are intensely sour, too, others overpoweringly fishy or salty, some are all of the above. “In Thaitown you have to do it exactly the same as in Thailand, otherwise the Thai people won't have it,” says Mek Phungsamphan.

Mek is one of the owners, along with his brother, Joe. The two siblings come from a large family of chefs and restaurateurs in Thailand. “Mum and Dad have a restaurant back in Bangkok, it started in 1982 with the same name,” says Joe.

Yok Yor Sydney is an independent restaurant. The brothers opened it after Joe became sick of cooking other cuisines for pocket money while he studied.

When the restaurant first opened in 2007 (before opening in Thaitown it was in Darlinghurst), genuinely spicy Thai food was still hard to find. “Thai food then was food for pharang [Thai slang for white people]. The curry wasn't spicy and the stir fry was really sweet,” says Joe. “The original one for me was Spice I Am.”

While restaurants such as Spice I Am helped changed the scene, Yok Yor took it a step further by exploring Thailand’s regional cuisines. Thailand has four distinct cuisines, but almost all Thai restaurants here serve food from the country’s central region, such as pad thai, tom yam and green curry. Gang leaung pla insee is from Thailand’s south.

From the north-east Yok Yor has a spread of street snacks including eight varieties of papaya salad (including some offensively pungent varieties with fermented fish sauce and pickled crab). And from the north, Burmese-influenced, massaman curry-like gang hung lay with peanuts, pork, mini pickled onions and crunchy pork-skin crackers.

The two signature dishes, though, are from the centre of the country, which makes sense considering all the recipes here come from Joe and Mek’s mum, a Bangkok local. The first is their boat noodles, a pork-broth noodle soup enriched by the addition of blood and dark soy sauce. “Mek used to own a boat noodle shop in Bangkok; we use the same recipe. His shop had a lot of success, we make it here from scratch,” says Joe. The other is pad phed pla dook, catfish medallions stir-fried with red curry paste, Thai eggplant and green peppercorns. “I've been eating this since I was six or seven years old. I've never had anyone cook this, even in my country, as well as my mum,” says Mek.