This tiny Burwood takeaway shop does some of the best Shanghainese dumplings in Sydney. 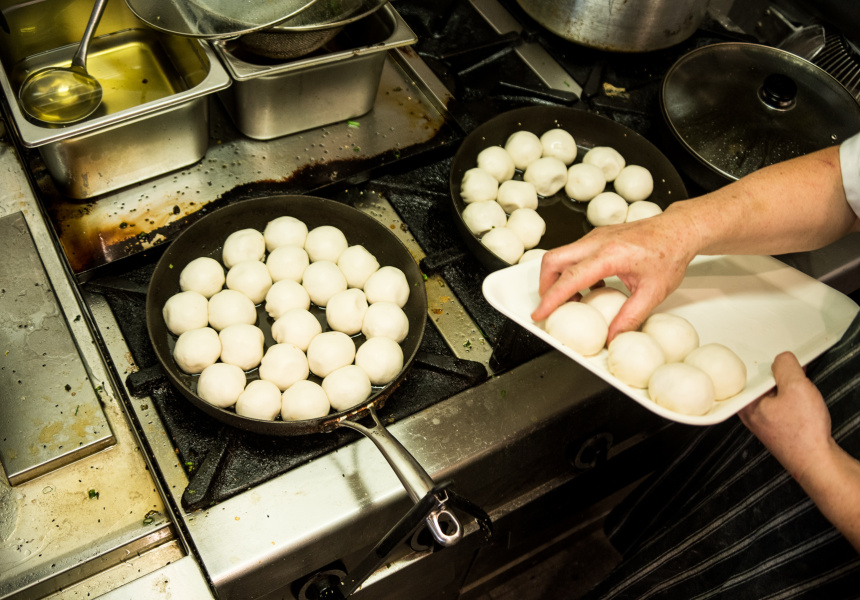 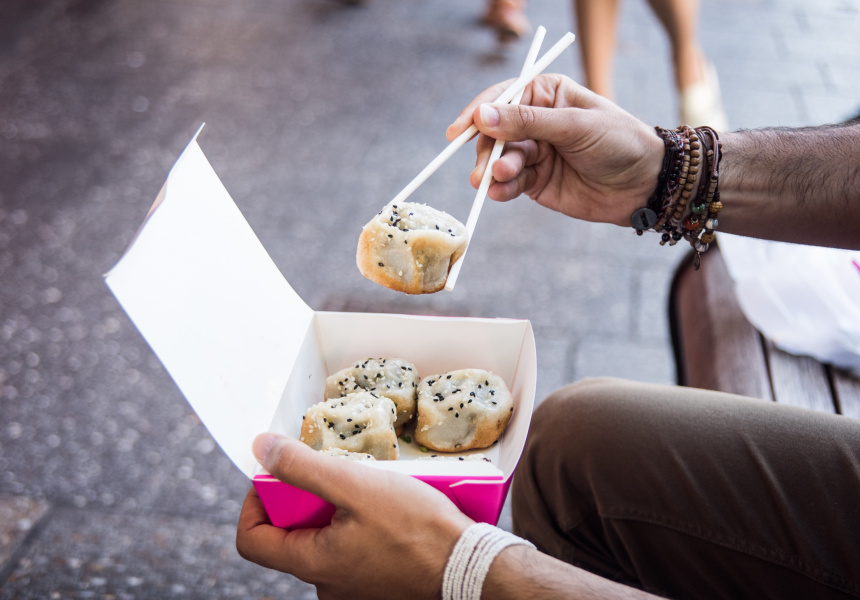 Watch where you stand when you bite into one of Yang’s Dumplings’s sheng jian bao (Shanghai’s famous crispy-bottom dumplings). They’re explosive – even the most delicate, tentative bite might send jets of boiling broth onto whoever is standing near you.

You don’t want to lose any of that liquid. It’s meaty and punchy, painstakingly made over eight hours. Owners Stephen Poo and Vivienne Chen claim it has more than 20 ingredients. They won’t tell us what they are exactly (except for pork bones) or what’s in the dough that makes the impressively thin, translucent dumpling skin (besides for butter, there’s lots of that). “It's a secret recipe but we don't use anything artificial,” says Poo. “What makes ours different is the thinness, it’s very different to other traditional sheng jian bao.”

The secrecy isn’t surprising considering Yang’s is actually part of a hugely popular chain from Shanghai. Don’t imagine mass production though, this is far from McDonald’s. “We think the quality is most important. I’ve tasted maybe 10,000 sheng jian bao. We keep the price low but this attitude is so important,” says Chen.

Poo explains how to eat it without the potentially skin-searing after-effect. “The best way to eat them is to bite a little bit at the top and let it cool down. Add the black vinegar or chilli oil in and that'll cool it down.”

Everything is made in house. On most days, the tiny kitchen hosts three Shanghainese chefs fastidiously and furiously making dumplings, frying shallot pancakes and preparing noodle soups. They’ve also recently been in Shanghai to further their studies into dumpling artistry. “A lot of customers are from Shanghai, they want the dumplings and fillings to bring them back to their home,” says Poo.

Yang’s other specialty is xiao long bao, the boiling pork-soup-filled steamed dumplings popularised in Sydney by another foreign chain Din Tai Fung, and Ashfield’s many Shanghainese dumpling restaurants (Taste of Shanghai most notably).

Poo and Chen are adamant both varieties are infinitely better when eaten fresh – they’re less soggy and more flavoursome when they’re hot and straight out of the kitchen. Soon they’ll be opening at a bigger site (this one only has six seats) down the road with a more extensive menu.