Some of the best Sri Lankan food in Sydney can be found in a 25-seat Toongabbie takeaway shop. 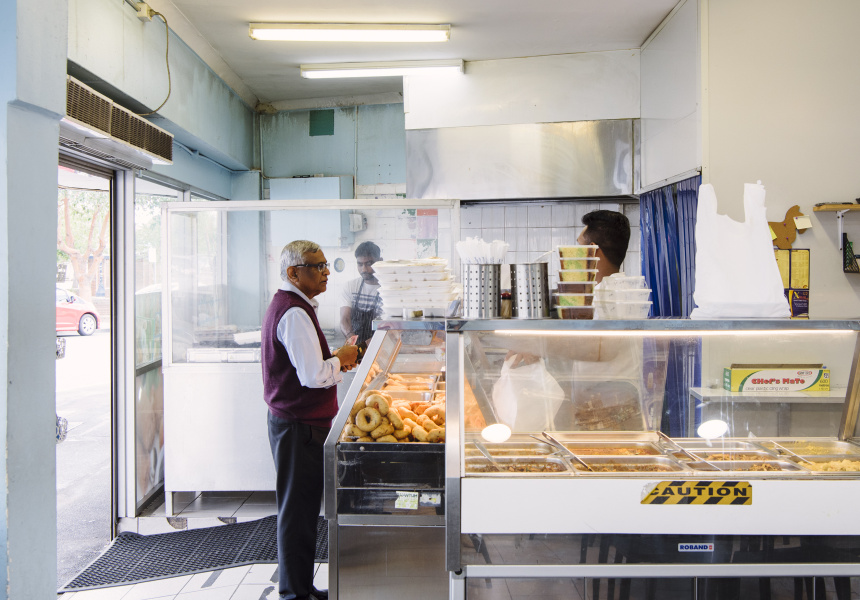 On the left there’s a tiny kitchen with a lone chef pounding buttery dough balls and spinning sheets of roti. On the right there’s four fluoro vests peering into a treasure trove of curry-filled bain-maries. In front of you there’s a range of takeout hot foods often found at chicken shops – roti-wrapped packages of fish curry, crisp rolls stuffed with minced lamb, various samosas and savoury chickpea biscuits.

It sounds like the entrance to a Sri Lankan hawker market, but it’s not. X Dreams, a humble Toongabbie eatery with just a takeaway counter and 25 seats, was started by Umakanthan Yogalingam. “I arrived by boat as a refugee, I was a jeweller in Sri Lanka, but I needed a job, so I went into the [kitchen].” He learned in Sri Lankan and Malaysian restaurants until opening X Dreams in 2014. Three years later it’s still barely known outside the area, but here, particularly among the area’s Sri Lankan, Malaysian and South Indian community, it’s loved.

Its local reputation is down to two things: how incredibly cheap it is, and the variety and quality of what’s on offer. The day starts early with local workers piling in for a quick breakfast, their plates or takeaway bags filled with vada (doughnut-like fritters made from legumes and onions); hoppers (bowl-shaped pancakes made from fermented rice flour); idiyappam (elastic noodles made from rice flour, also known as string hoppers) served with bowls of spiced coconut milk; dosa; and a variety of breads all made by Yogalingam.

Before lunch the tiny restaurant becomes what Sri Lankans would call a “short eats store” – a street stall or shop dedicated to fried and baked finger foods. You’ll find curried potatoes and fish wrapped in roti; Tamil spring roll-like pastries stuffed with lamb (it’d be mutton if you were in Sri Lanka); sweet or savoury pittu (steamed rolls of layered ground rice and coconut); and koththu roti. “It’s very popular in Sri Lanka, it's made from roti bread sliced in small pieces, vegetables and egg – then everything [grilled] on the hotplate,” says Yogalingam.

Meal times are all about the bain-marie. On its left is Yogalingam’s Sri Lankan recipes, the right side is more generic North Indian stuff (vindaloo, palak paneer etc.). The curries are all distinct and change regularly (there will always be a goat, chicken, fish and lamb version). “On the weekend we have special curries, seafood, crab, prawn curries.” Pick whatever the locals are getting and ask your server which sambals they have – if you have no idea what any of them are, ask for the coconut sambal (a mix of desiccated coconut, chilli, dried fish and lime), it’s a Sri Lankan staple.