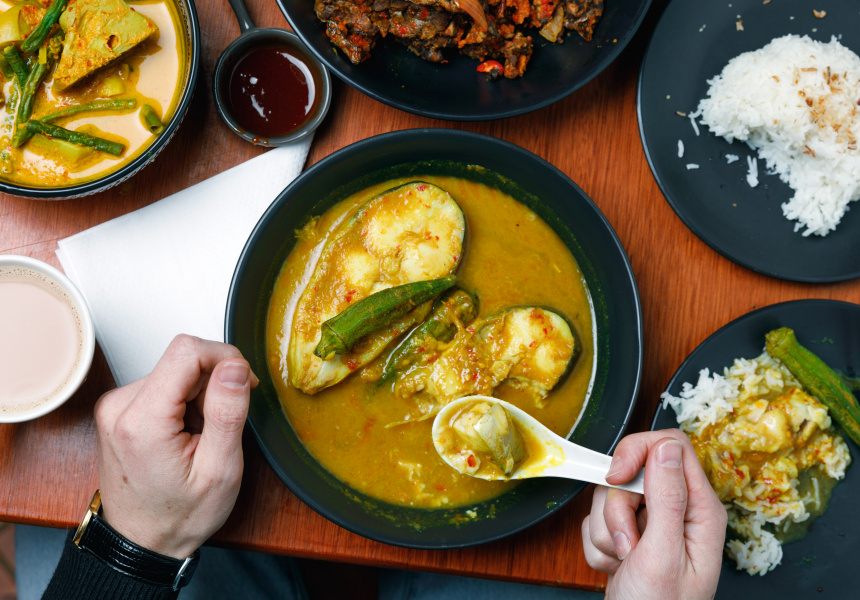 A lot of Sydney’s Malaysian restaurants serve the same thing – char kway teow, chicken rice and laksa. There’s a reason for that: almost all the restaurateurs are Chinese-Malaysian; many fled Malaysia because of ethnic persecution. This place has a very different menu.

Wow Malaysia is run by Azman Shari, Ruby Hamid and their family. They are Malay – the ethnic majority in Malaysia but a minority here. Like Chinese-Malaysians and Indian-Malaysians they have their own distinct cuisine.

By our count there are just three Malay-run restaurants in this city: Waldorf Malaysia Cafe, Cafe Nur Muhammed and the latest, and most admired we’re told, Wow Malaysia. The reason it’s developed such a reputation during its short life is the same reason so many restaurants in this column are popular – their dedication to tradition. “We don't compromise on the flavour; that's what our customers want. They come for the authentic taste,” says Shari.

That means it serves hard-to-find Malay dishes and almost everything – the curry pastes, sambals, spice mixes and sweets – are made on-site by Hamid and her two sons.

In the bain-maries there’s gulai ikan tempoyak (a fish curry made with fermented durian) and gulai nangka (young jackfruit curry). On another day you might find cassava-leaf yellow curry, tamarind-stewed stingray or sweet and sour mussels. “Most people who open shops, they cook only what is popular, what is in demand. They’re scared to try something,” says Hamid. “You need guts and self-confidence to do this.”

It’s not all a bain-marie lottery, though. There’s also an a la carte menu. Hamid dishes up a central Malaysian sour asam laksa made with blended fish and Vietnamese mint. The nasi lemak is spiced with pandan, an aromatic Southeast Asian leaf. There’s also keropok lekor (dry-fish sausages) and kacang phool (an Arabic influenced bean and meat stew), two dishes not found anywhere else in Sydney.

Oddly, considering the stories we usually hear in this column about family recipes and growing up in family kitchens, Hamid never cooked any of these dishes until she arrived in Australia. She spent her time playing football for the Malaysian national team, competing in beauty pageants and, later, working in an operational role in a multinational company. “When I migrated here in 2007 I couldn't find proper Malay food,” she says, so she found recipes and called her sister. “I can't ask my mum anymore, so my sister teaches me. What I cook now is whatever I liked to eat [as a child],” she says.