Local Knowledge: What the Fudge

This Cabramatta dessert cafe is famous for its huge north-Vietnamese noodle soups. 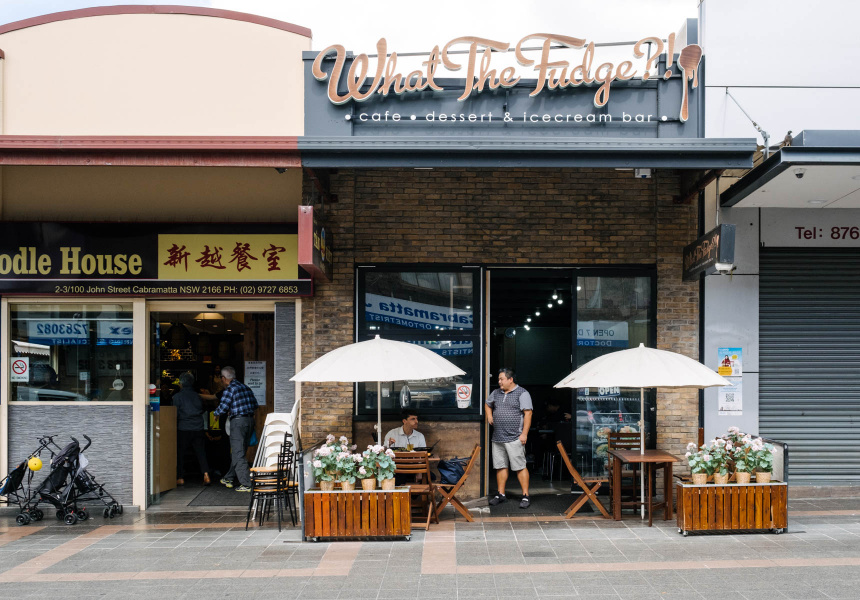 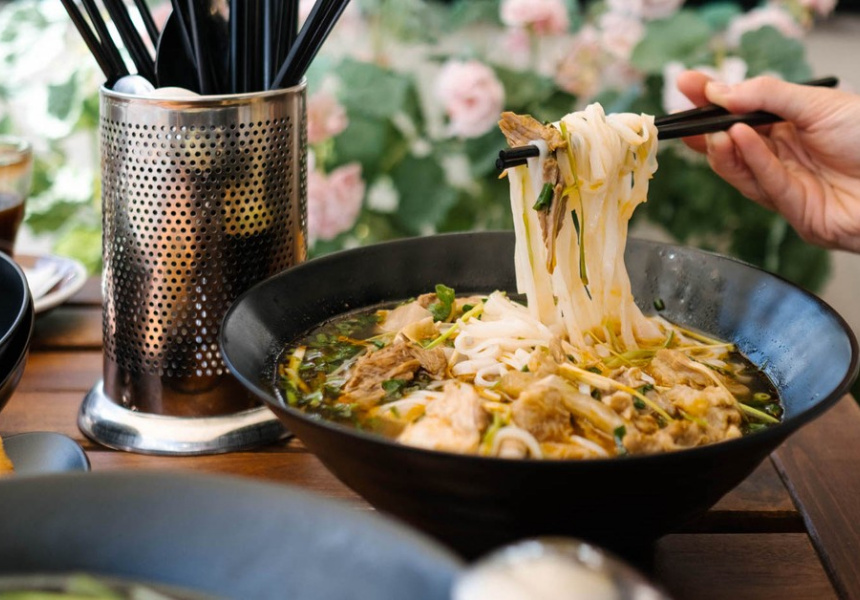 We’re at a dessert cafe in Cabramatta that sells all the things you’d expect from a business called What the Fudge: deep-fried Mars Bar ice-creams, Oreo brownie sundaes and waffles covered in everything. Except, no one is eating any of those dishes. The tables are instead cluttered with enormous bowls of vermicelli-noodle soups, some with fresh tomato and minced crab, others with remarkably clear broths, hunks of pork ribs and sour bamboo shoots.

We’re here because we’ve heard they’re some of the best northern-Vietnamese noodles in Sydney.

Vu Le and Thuy Linh Do bought the dessert cafe last year. They’d never worked in hospitality and wanted to try something new. “Linh’s parents run restaurants in Hanoi, and she's always dreamt of having her own business. But we had no experience, it was a bit scary,” Le says.

It didn’t work – once summer ended no one was interested in deep-fried ice-cream or Nutella peanut butter waffles. “We knew Linh was a good cook at home … so many businesses closed within a year and we didn't want to be one. We started the next day [with a new menu].”

They prepared three dishes: a dried pho, a mushroom-based soup with shredded omelette and a sour pork noodle soup, and put a sign up. They sold just 10 soups on the first day but within a few months they’d turned the empty dining room into one of Cabramatta’s most-talked about restaurants.

Most of Sydney Vietnamese restaurants, and almost all the restaurants in Cabramatta, serve food from the south. So What the Fudge’s northern tilt sets it apart.

North Vietnam is cold, and the spices, tropical fruits and chillies found in the south aren’t readily available there. While many southern dishes are sweet, herbal, bitter, sour, spicy, or a mix of all of the above, dishes from the north are simpler and often based around a single ingredient.

Pho is a great example. In the north they eat a clear-broth soup that’s less sweet and less herbal, and it’s served without sauces and oils – it’s just a beef-bone broth with green onions and either sliced chicken or rare beef on top. That’s exactly how they do it here.

Do’s food is basic and she’s proud of it. Her signatures are bún ốc (a sour roast-snail soup) and bún riêu (a clear, tart soup with minced crab, fresh tomato and fried tofu). Sydneysiders accustomed to southern-Vietnamese food often think it’s too basic; they ask Kee where the herbs are and comment on how clear the soup is.

If you’re looking for something punchier, forget the soups and try the bún nem cua biển, sticky and immensely savoury grilled pork and crab spring rolls, or the north’s most famous dish: bún đậu mắm tôm, a fermented shrimp-paste soup with vermicelli and tofu. You’ll know it from the odour. It’s salty and gut-wrenchingly fishy.

Or you can get a deep-fried Golden Gaytime.