This tiny restaurant has been serving some of the best Thai noodles in Sydney for more than 25 years. 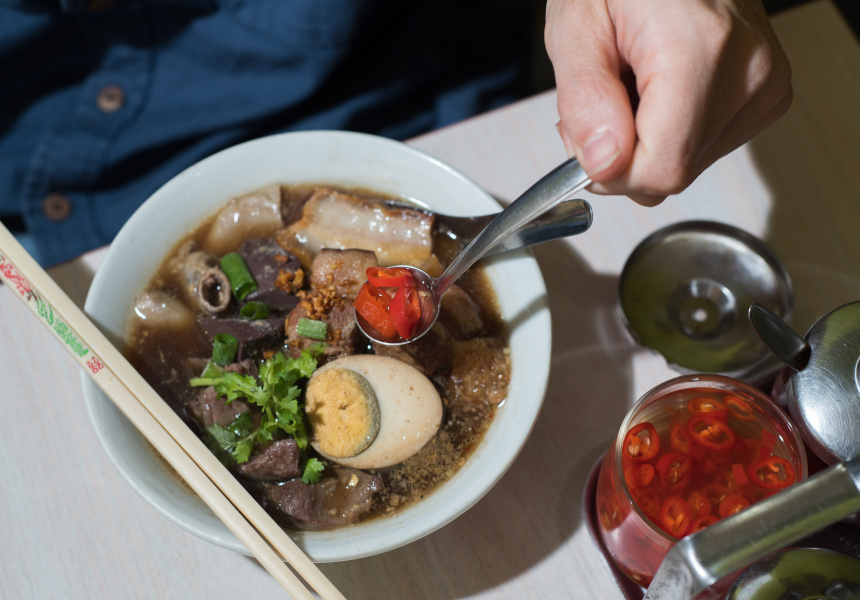 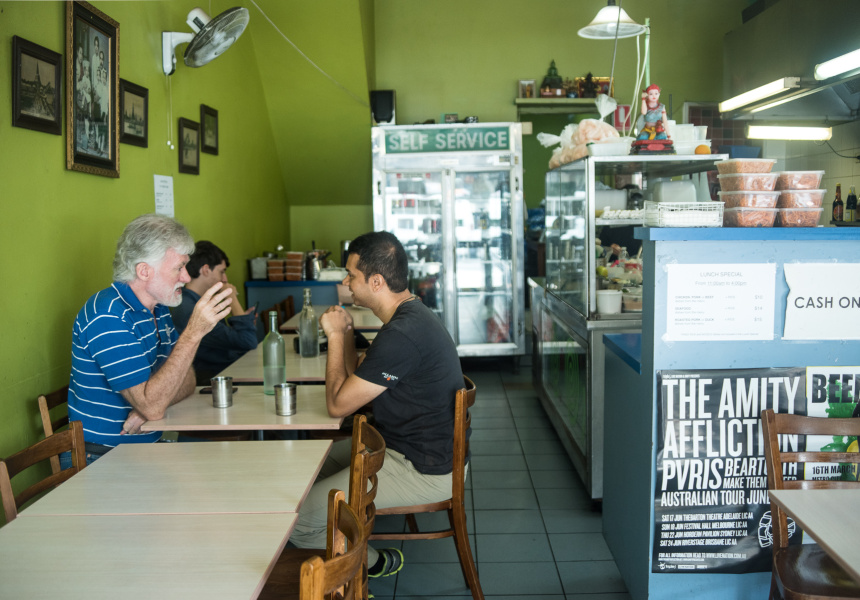 Sydney was a very different place when Thai Thai first opened on the edge of Redfern in 1989. Thai food, as with a lot of now-widespread cuisines, was just emerging. Restaurateurs like Meunsom Suebfog and Apiwan Sunpasirt – who were brave enough to serve non-Westernised Thai food – were even rarer.

“We haven’t changed. We want to do the same thing exactly as what Thai people eat in Thailand. It's just like the marketplace on the street,” says Suebfog.

The tiny green restaurant opened in a notoriously dodgy area, and one with hardly any Thai people. “It was very different in Redfern back then. There were a lot of drunks. They'd walk past and kick the door,” says Sunpasirt. “We are lucky. There were no Thai people but they would come from the city because we had some special noodles other Thai restaurants didn't sell.”

She’s specifically talking about three dishes – kuaitiao ruea (known as boat noodles), yen ta fo and kuuy jubb (usually spelled guay jub). The most popular of the three, both here and in Thailand, is the boat noodles: a combination of thin rice noodles, beef balls, thick strands of pork crackling, soft cubes of blood jelly, bok choy (usually the morning glory variety in Thailand) and a sour, rich chicken broth, dark in colour from soy sauce, pickled bean curd and salted pig’s blood. Kuuy jubb, with a similarly dark, five-spice pork broth with hunks of pork belly, liver, lung, intestines and shards of flat noodles, is like boat noodles’ fattier, porkier cousin. Yen ta fo on the other hand, is much lighter. Its vivid pink colour and sweet, tangy taste comes from a broth base of fermented soybeans.

These days you can find boat noodles in Sydney’s more traditional Thai restaurants (mostly those scattered around Campbell Street). But in 1989, Thai Thai – along with Ploy Thai, another famous Thai-noodle restaurant that was run by Sunpasirt’s sister –were anomalies. This is one of the reasons why the restaurant is so well respected in Sydney’s Thai community.

Recently, Thai Thai has been gaining popularity with Sydney’s seasonal population of international students. “Most of our Thai customers are students. They always go back to Thailand and tell their friends,” says Suebfog.

As well as boat noodles, their regular orders include hoy tod (a crunchy shellfish pancake) and khua kling (a spicy stir fry with turmeric, lemongrass and mincemeat ubiquitous in southern Thailand). Khua kling is a specialty of Thai Thai’s head chef, Supha Thambunrit, who has cooked there for 20 years.