From its beginning as a ho-hum charcoal chicken shop to its current status as a local Egyptian institution, this is the story of Bankstown’s Taste of Egypt. 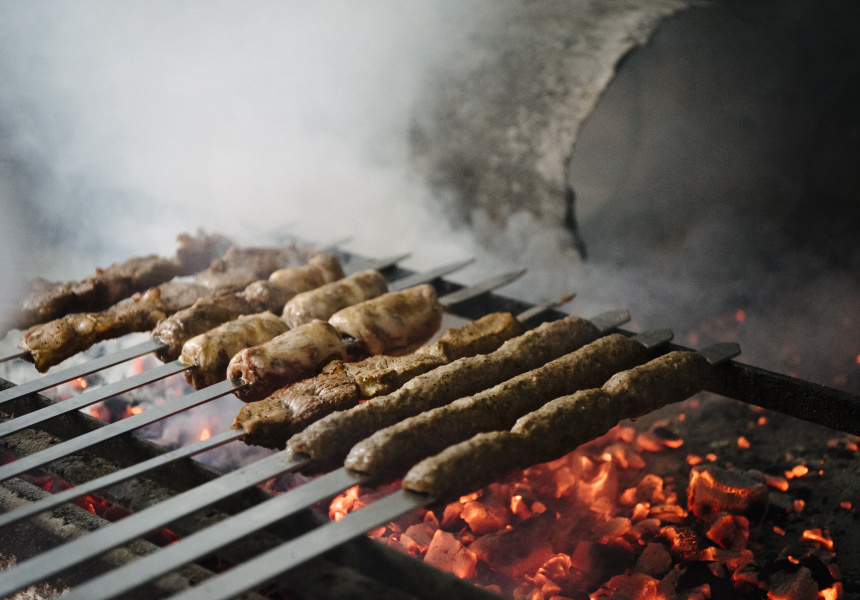 When Taste of Egypt opened in 2002, it didn’t look like it does today. It was in a different location a few doors up the street, there was no a menu, there were half as many tables, and no Egyptians ate there. It was essentially an unsuccessful takeaway chicken shop, albeit one with skewered kebabs and kufta (skinless, spiced sausages, sometimes wrapped in caul fat).

“I wasn't making any money, just enough to pay my rent, that's it,” says Said Hassan, Taste of Egypt’s owner and chef. “I was only selling 70 chickens a week [and] it was a whole year until an Egyptian came in. I was so happy.”

He was happy because that one Egyptian told a lot of people about the kufta and kebab he’d eaten. A week later more Egyptians came, and a month later even more. After a year, every Egyptian in Sydney knew about Taste of Egypt and they came from all over the city to eat there. “I knew one day I would succeed because of my effort. When you work hard, and from your heart, god will give you,” says Hassan.

Kushari (or koshari) is probably the national dish of Egypt. It’s a carb-packed street food dish with a bottom layer of noodles (usually macaroni), stewed lentils and rice, topped with chickpeas, fried onions and a tangy, spiced tomato sauce.

Taste of Egypt still sells the chicken; it’s cooked on the barbeque with the kufta and whole barramundi, which comes with a molasses-coloured dome of onion rice. The charcoal meats are served with salad (a simple tomato and cucumber mix), dips (Egyptian versions of baba ganoush and hummus) and pickles.

Hassan says Egyptian food has historically been mostly vegetarian; meat was reserved for celebratory events and the rich. It’s hard to tell from the menu here, but there are hints of that history: there’s mombar (vegetarian sausages); mahshi (soft, spring roll-sized cabbage rolls stuffed with tomato, mint and rice); and molokhia (a vegetarian version of a thick, traditional soup made from the eponymous Middle Eastern leafy green and an aromatic level of garlic). The only thing missing is ful, or crushed fava beans.

Hassan’s received many requests from investors to expand, and for a long time said no because he didn’t want to compromise the quality of the original restaurant. But an offer to cook at one of the biggest restaurants in Saudi Arabia was too good to pass up, so he now spends his time travelling between Bankstown and the Persian Gulf. When he’s away his brother Hada looks after the store. You needn’t worry though; he’s been cooking at Taste of Egypt for several years now.