Late-night Pakistani with a secret menu. 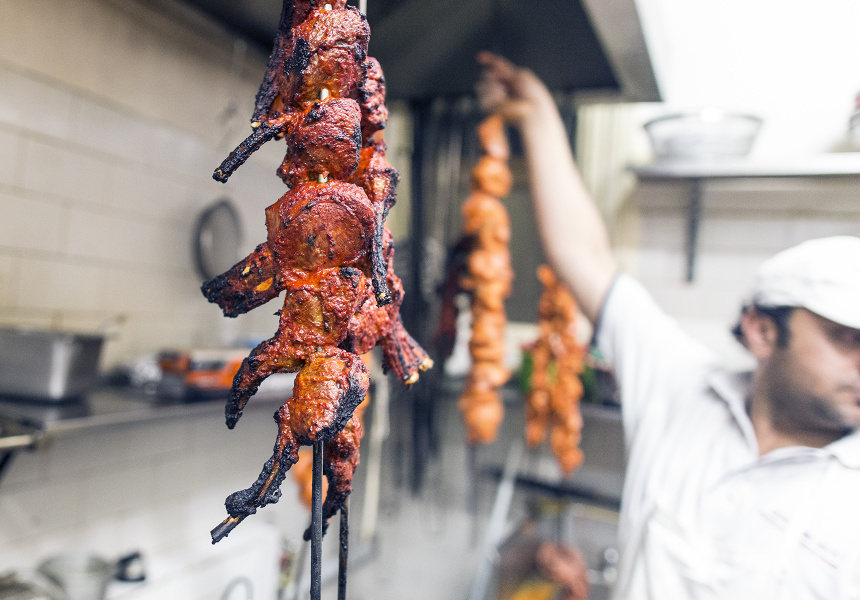 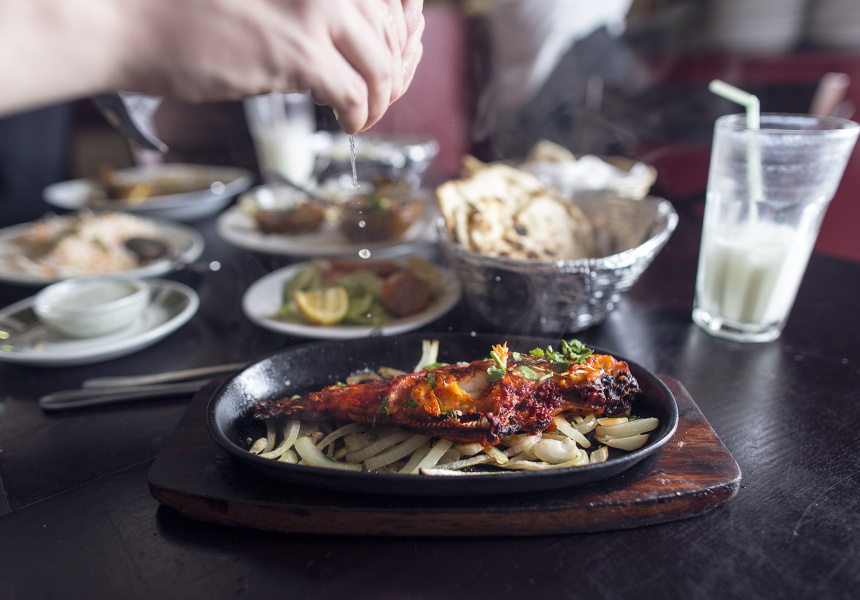 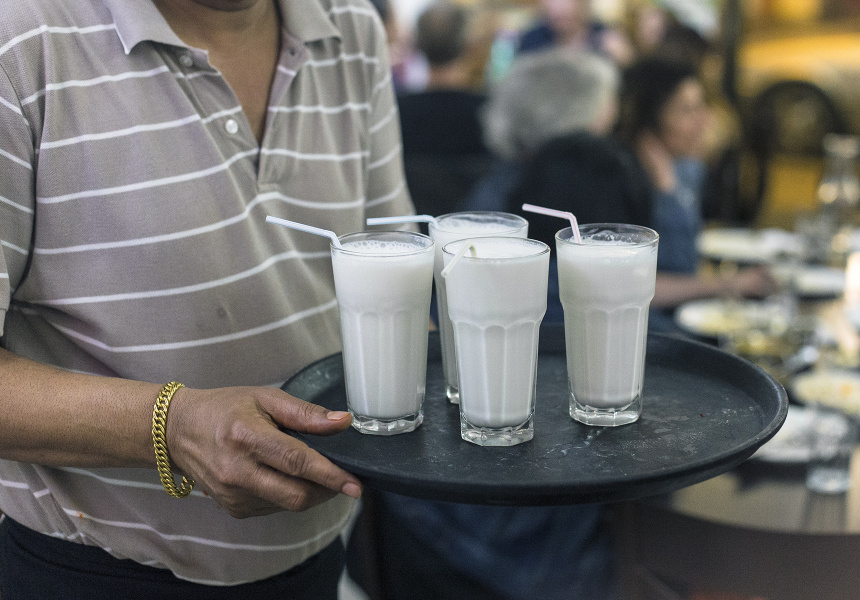 One thing we’ve learnt from our Local Knowledge series is that many restaurants are not what they seem. Tandoori Hut is one of those. Walk past at almost any reasonable dinner hour and you’ll see tables of Enmore locals with butter chicken and mango lassies. Come past between 9pm and midnight and you’ll see taxi drivers chowing down on tandoori fish, bitter melon curry, slow-cooked lamb and bone-marrow stews.

“When I came here there weren’t many Pakistani restaurants,” says Raphael Barkai, co-owner and chef. Barkai opened Tandoori hut in 1995 with his brother. “When we opened we were very quiet. From six to nine, no-one came. After nine we were full of taxi drivers.”

The taxi drivers come for Tandoori Hut’s special menu. While the regular menu (and the restaurant itself) is barely distinguishable from most Indian takeaway joints, the special menu is made up of traditional Pakistani food and local specialities from Barkai’s hometown, Lahore. It’s not advertised anywhere, it’s just written in biro on the back of an order docket if you ask for it. “Our regular customers know about the special menu,” says Barkai, seemingly nonplussed by the obscurity of it all.

Barkai writes the secret menu daily based on his mood. When we went, the day’s specials included tandoori leatherjacket; bitter melon curry; Pakistani lamb shanks; beef bone stew and an intense lamb curry that’s slow cooked and then flash fried. On other nights you’ll find lamb-brain masala; chicken karahi; and a spicy Lahore curry with capsicum and haleem, a stew made with barley, wheat, lentils and meat.

The tandoori is one of the house specialities. Tandoor ovens are ubiquitous in Pakistan –they play an essential role in the meat-and-bread heavy cuisine. Barkai says one of the main differences between Pakistani and Indian food is that in Pakistan there’s much more meat. Barkai marinates chicken and fish in a thick paste of yoghurt, ginger, garlic and a blend of homemade garam masala. The meat’s placed on skewers and plunged into the centre of the charcoal-fired oven. As the meat cooks over the open flame the fat and tandoori paste drips onto the charcoals and produces an aromatic smoke, which further flavours the meat. Next to the meat skewers, lining the walls of the oven, is the restaurant’s homemade roti and naan breads.

The other dish that’s been reeling in local Pakistanis for almost a decade is the slow-cooked Pakistani lamb shanks served in a glutinous gravy of spiced lamb stock. Barkai says while most Pakistani curries sit around a medium level of spice intensity, the lamb shank stew is the fullest expression of Pakistani spice on the menu. He says it’s mandatory to eat it with a squeeze of lemon. We’d also recommend one of Barkai’s yoghurt and sugar syrup lassies to balance out the heat.