Local Knowledge: Where to Eat During Ramadan in Sydney

A guide to all-you-can-eat buffets, biryani, sweets and late-night snacks. 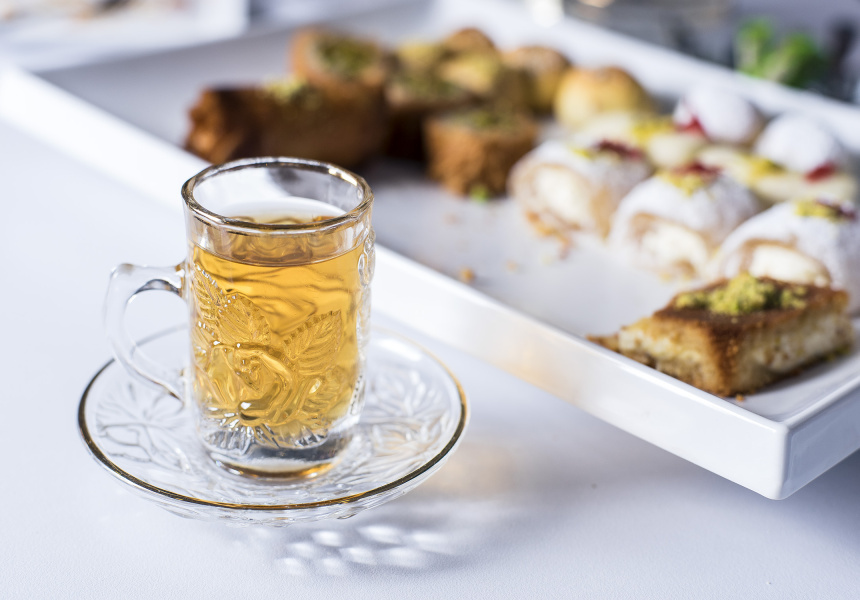 For the next three weeks a huge swathe of western Sydney will be transformed for the Islamic holy month of Ramadan. During the day the usually bustling neighbourhoods of Lakemba, Auburn and Bankstown will become quieter while people observing Ramadan fast between sunrise and sunset. Then during Iftar, the daily breaking of the fast (which begins around 5pm), everything changes.

The streets will turn into an impromptu food festival and the restaurants, if they haven’t conquered portions of the streets with bain-maries and barbeques, will be busier than any other day of the year preparing Ramadan specials and all-you-can-eat buffets.

Iftar usually begins with three dates and a glass of water, after which families and friends gather for a communal meal. What’s on the menu depends on your country of origin but it almost always includes something sweet.

Sydney has many Iftar celebrations going on and although the Lakemba night market is the most famous, many restaurants, bakeries and sweet shops will be doing buffets from 5pm to 7pm. And some are offering a few Ramadan-only specials for dinner. Here are some of our favourites.

Student Biryani
One of the great things about Auburn’s Student Biryani is the intimidatingly huge servings for alarmingly low prices. Its Iftar box is $14.99 and contains a hearty chicken biryani (seasoned rice), fruit (oddly only two dates included), a samosa, a pakora and a bottle of mineral water. Or come for the buffet: a $25 all-you-can-eat mash up of almost everything on Student Biryani’s regular menu plus fruits and dessert.

Mina One Bakery
Mina One can be a mission. It’s enormously popular on a regular weekday but during Ramadan it’s absolute madness for the entire 24 hours it’s open. The Guildford kitchen operates with the same efficient intensity as a Formula One pit-stop team and the queues can reach the end of the block. The people lining up don’t care; they’re there for one of Sydney’s best man’ousheh (Lebanese flatbread covered in za’atar, ground meat or soft cheese) and saj, a thin pancake-like flatbread Mina One bakes only for Ramadan.

Al Afrah
Sweets, although loved all year round in Lebanon, are particularly popular during Ramadan. They’re often given to guests during Iftar meals or shared late at night over tea. In Sydney there are many Lebanese pastry shops but none are quite as revered as Punchbowl’s Al Afrah. Ask for kalaj (an old pastry recipe using rice paper, rose water and cream); mafroukeh (a twin-layered pistachio-paste cake filled with clotted cream and cashew); and karbouj (a cream-topped baklava-like sweet made with a semolina dough and a walnut or pistachio filling).

Tarim Uyghur Cuisine
This is one of the very few Chinese restaurants in Sydney to take part in Ramadan celebrations and offer an Iftar buffet. The owners and chefs are Uyghur, an Islamic ethnic minority in far western China. There it’s much more common to eat lamb, bread, cumin and thick hand-cut noodles – exactly what they’re serving at this Iftar buffet. The $20 all-you-can-eat buffet changes each night but it almost always includes laghman (hand-pulled noodles), dapanji (on-the-bone chicken, potato and chilli stew), various soups and more.

Kabul International Restaurant & Bakery
Like at Student Biryani, you have two choices at Auburn’s Afghan bakery-restaurant. One single-person combo deal or a buffet option for $20. The latter involves options including biryani, various Afghan curries, fried goods and the restaurant’s famous tandoor-baked bread only recently available again following renovations to the bakery wing of the business next door.

El Sweetie
This Lebanese sweet shop offers mafroukeh – a Ramadan special – and this year it’s adding madloua (a silken pudding made with semolina, clotted cream and pistachio); and khateyf (a doughy fried pancake filled with walnuts and cream). It’s also serving a massive booking-only $35 Lebanese banquet that, depending on the day, may include kibbe (seasoned bulgur and lamb mince), Lebanese sausage, dips, fried pastries, barbequed chicken and a popular, festive stewed-rice dish with fermented yoghurt and lamb.