A guide to Chinese cuisines and where to find the best in Sydney. 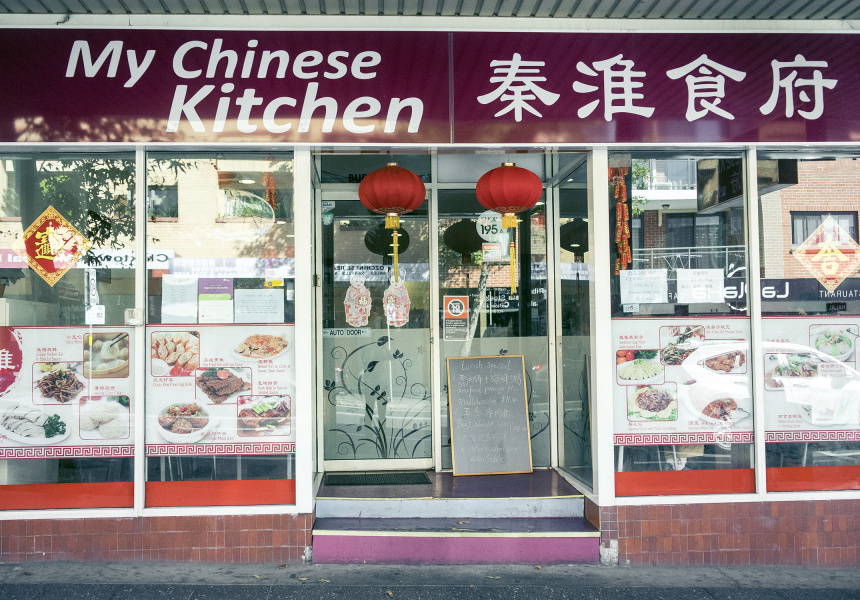 Chinese food is not really a cohesive concept, any more than European food or African food is. There are some traditions and recipes found all over the country but every province has its own dishes, traditions and ingredients, many of which are exclusive to the place of origin.

Here in Sydney, most people recognise Chinese food as the Cantonese variety (such as dim sims, char siu, stir-fried noodles, fried rice and sweet-and-sour pork) but we’ve actually got a surprisingly diverse range of restaurants cooking regional cuisines. Here’s where to find some of the best.

Fujian
Like Cantonese cuisine (Fujian sits north-east of Guangdong), Fujian food is light and subtle, where the main aim is to work with the flavour and texture of the central ingredient, instead of heavy sauces and spices. On the coast that means a lot of seafood, and in the mountains, a lot of herbs, mushrooms, mustard, pepper and bamboo. Along with Teochew cuisine, Fujian is one of the most influential cuisines in Southeast Asia.

Teochew
Also known as Chaoshan cuisine, Teochew food is not specific to a province but a people who mostly originate from an area between Guangdong and Fujian. Broadly, the cuisine is a mix between Cantonese and Fujian styles.

Many Teochew people migrated south and a lot of the popular dishes are common in Chinese communities in Southeast Asia – bak kut teh (a hearty soup made with pork spare ribs and plenty of garlic), popiah (like fresh spring rolls but made with wheat not rice flour) and Teochew-style congee (a little more watery than the Cantonese version, and usually topped with very salty ingredients).

Beef Life Hotpot
615 George Street, Haymarket
(As well as being scattered on the menus on many Sydney Malaysian, Singaporean and Thai restaurants)

Jiangsu
Enormously respected in China but rare to find elsewhere, Jiangsu cuisine is admired for its extensive preparation, quality produce and the skill of its chefs (presentation, carving and knife skills are a big deal here). But many may be surprised by the sweetness of some Jiangsu dishes.

Most are balanced with sourness from the region’s famous Zhenjiang vinegar, like the braised pork-belly dish dongpo and the elaborately presented sweet-and-sour mandarin fish. It and the Nanjing-style salted duck are two of region’s famous dishes.

Shanghai
This cuisine is probably the second most-recognisable Chinese cuisine in Sydney – no doubt due to the number of restaurants with “Shanghai” in the name, and the outrageous popularity of the region’s dumplings.

The broth filled xiaolongbao is the overwhelming Sydney favourite but if you ask most Shanghainese locals, you’d end up eating the doughy, crisp-bottomed shengjianbao instead. It’s not all dumplings of course; the region also produces many sweet and salty seafood and meat dishes (sugar and soy are on most things) and many tart, wine-pickled dishes.

Beijing
As the Chinese capital, Beijing has been influenced by many local and global cuisines, and most of its popular dishes have murky origins. The one dish the region can proudly claim is Peking duck. Less famous in Sydney but equally popular in China is zha jiang noodles – a cheap, typically hand-pulled noodle dish with minced pork and seasonal vegetables.

Tianjing
Tianjing cuisine shares a lot of similarities with the food from Beijing, particularly in its liberal use of salt and its rich flavour profile. Tianjing, though, is much more famous for its snack game. Street food is massive here, including goubuli baozi (soft-dough buns stuffed with pork), ear-hole fried cake (fried rice cakes filled with bean paste), ma hua (fried doughnut-like twists) and the most famous of all, jianbing (a fried crepe that’s stuffed and folded so it can be eaten like a kebab).

Shaanxi
In China, Shaanxi cuisine is known for two distinct reasons. The first is the impressive use of usually unpopular ingredients such as camel, mutton and bitter gourd; the other reason is the area’s snacks. Unsurprisingly, it’s the latter that’s come to Sydney.

Pretty much all the Shaanxi or Xian (the capital of the region) restaurants in Sydney specialise in roujiamo (a doughy Chinese pita bread stuffed with fatty shredded pork), and liangpi (handmade cold noodles most often served with chilli oil, bean sprouts, cucumber and MSG). They’re usually eaten with a can of Ice Peak, a local Fanta-like soft drink.

You can read part one of our guide to Sydney's best regional Chinese here.

This is another edition of Broadsheet’s Local Knowledge weekly series, where Nick Jordan explores the eateries at the heart of Sydney's different cultural communities. Read more here.