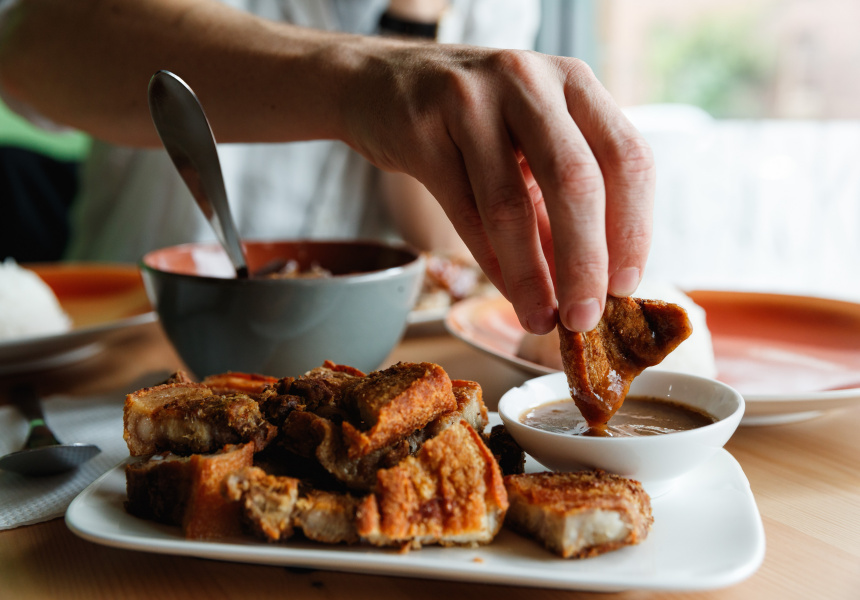 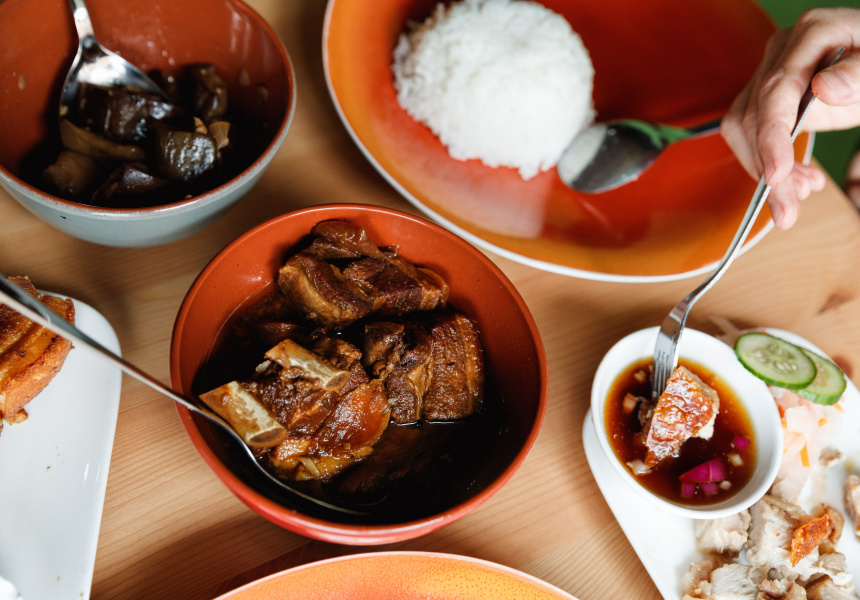 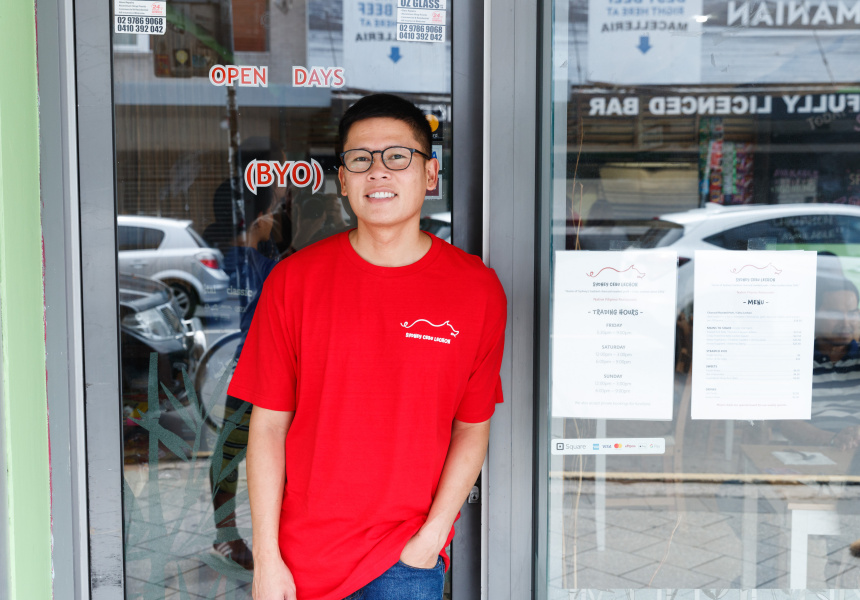 Do you hear that crunch, that crack? It’s the sound of the perfectly glisteningly, crisp and tender roast pork being cut at Sydney Cebu Lechon. Here the dish is charcoal roasted for more than three hours and chopped just a few metres away from where it’s served. It smells like a Filipino wedding, or like a Sunday roast but spiced with lemongrass and more garlic than an Anglo kitchen would see in a year.

Sydney Cebu Lechon is a tiny Newtown diner styled like an old-fashioned Cebu street stall (Cebu is a province of the Philippines). The aromatic crunchy-skinned pork it specialises in is called lechon, and it’s one of the most popular dishes in the Philippines.

Cebu-style means it’s cooked with a tonne of spices; the belly stuffed with lemongrass, bay leaves, pepper, garlic and each chef’s secret additions. In Manila it’s served with liver sauce, but in Cebu you have it with a side of achara (a pickle and papaya salad) and a vinegar-heavy dip.

Despite a growing Filipino community (and the eateries that brings) in Sydney, this is one of the only places in Sydney you can eat lechon. Most of the restaurants serving it sell the whole pig, but here Will Mahusay and his family sell portioned cuts.

“We started making lechon for parties, for ourselves, it was [my parents’] way to connect back to the motherland,” Mahusay says.

Soon friends were asking for lechon too, so in 1987 the family began barbequing it for house parties, weddings and birthdays. The more they did the more requests they got until they were regularly fielding whole-pig demands from people they’d never met.

In 1991 they turned their private lechon hobby into a market stall. And now, more than 20 years later, and with Mahusay at the helm, they’ve finally opened a restaurant. “Three or four years ago my parents wanted to close everything; they were at that age where they physically couldn’t maintain the business – a whole pig weighs 25 kilograms,” he says. “I wanted to take over. It’s one of the best choices I've made.”

The restaurant opened in March and continues to draw crowds. Most are here for the lechon, but there are other dishes to try too, such as the crunchy-as-toffee pork belly; the sticky-but-tart pork adobo (pork braised in soy, vinegar and spices); mixed veg fried in shrimp paste; and braised eggplant, the only vego option. Add a fortnightly Cebu special and a few desserts and that’s it. If you’re vegetarian, or not particularly into pork, this isn’t the restaurant for you.

This article first appeared on Broadsheet on March 19, 2019. Menu items may have changed since publication. 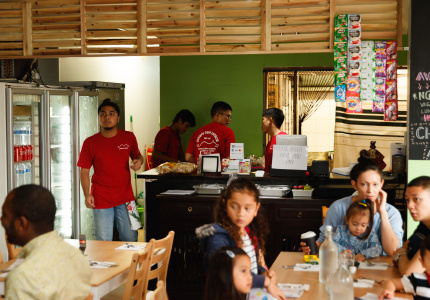