Platters of dumplings, thalis with buckwheat pudding and the Nepalese version of chow mein. 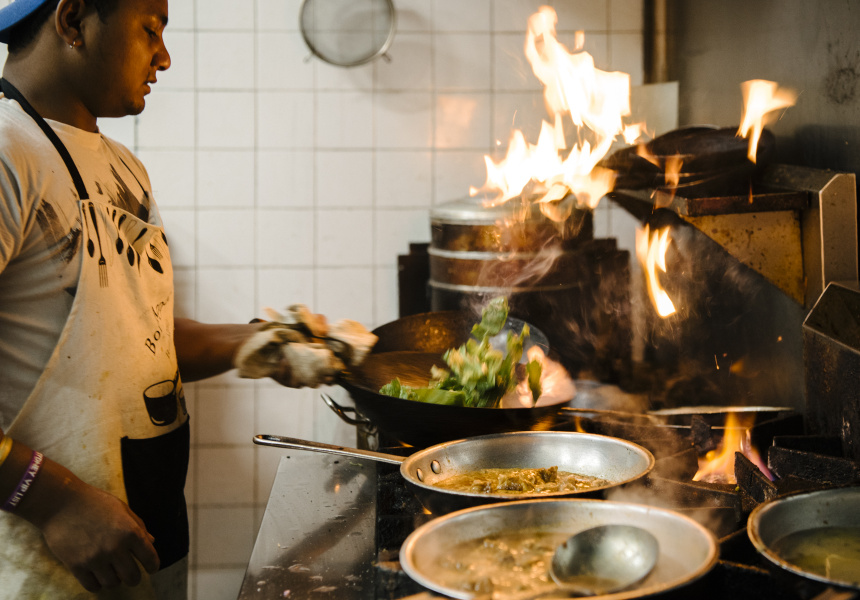 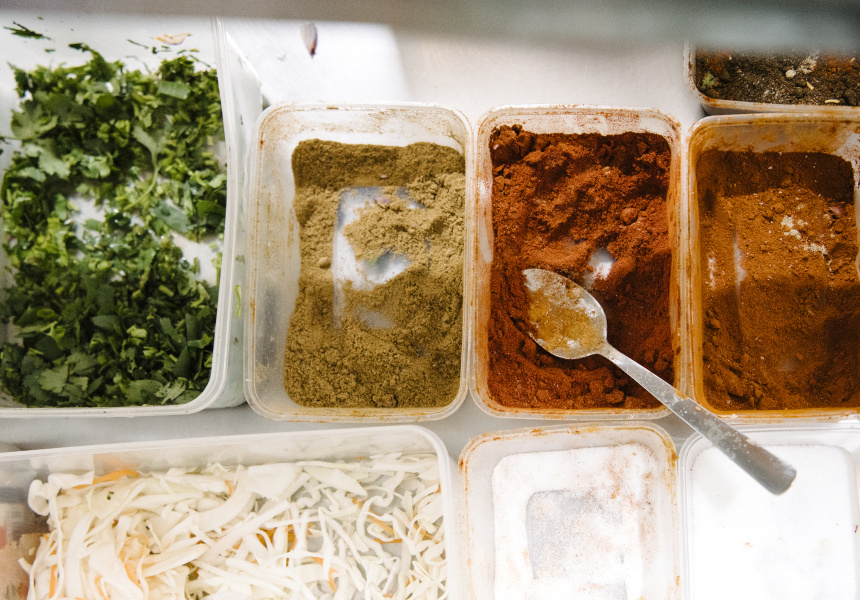 Rudra Pahadi looks stressed. We’ve come in 30 minutes before his Rockdale restaurant is supposed to open and he’s frantically organising. He’s just been told a troupe of famous Nepalese musicians is looking for a nostalgic feed, and Subhakamana Restaurant is where they’ve chosen.

The band are playing a show nearby but that’s not why they’ve picked Pahadi’s place – there are more than 10 Nepalese venues in the area, and almost all opened in the past five years. They chose Subhakamana because they were told it’s the closest to home cooking they’re going to get; things such as chow mein, dumplings, crisp soybean salad and fried goat organs.

We’ve heard the same thing. Out of all the restaurants in Sydney’s new Nepalese hub, about 13 kilometres south of the city, we’re told there are three standouts: Subhakamana, Third Eye and Last Bus to Kathmandu. Each has their specialities. At Subhakamana, it’s noodles and momos (jiaozi- or gyoza-like dumplings popular in Nepal, Tibet and North India).

The usual momos you get in Sydney are steamed morsels stuffed with chicken, sometimes served with a tangy, spicy tomato-based sauce on the side. In Nepal there’s an endless variety when it comes to what’s inside and how they’re cooked; Subhakamana has one of the widest local selections.

There are momos steamed, fried and doused in chilli sauce. There are also kothey ones (half steamed, half fried), others in jhol (a tangy and earthy tomato soup) and sadeko-style momos (marinated in a tart and spicy pickle sauce), all made with chicken or buffalo meat. “I'm trying my best to give something to the community, something authentic that reflects our country and culture,” says Pahadi. “Families here miss the food from their country; when they come they're very happy. I'm very proud.”

Like momos, noodles are everywhere in Nepal: on the street, in restaurants, in the home, even roadside for those on rigorous mountainous treks. The most popular is the Chinese-influenced chow mein. It’s a basic wok-fried dish of springy, thin wheat noodles, whatever veg is available and the Nepalese additions of buffalo and that same spiced tomato sauce. It’s extremely popular here, but if you’re looking for something more distinctly Nepalese, ask for a thukpa (a Himalayan chicken noodle soup that’s spicy, salty and tart from a healthy squeeze of lemon) or a thali, a multiple-dish platter found all over the subcontinent.

In India thalis come with rice, with dahl, pickles and curry arranged around them. But in Nepal the most important ingredient is dhido, a starchy buckwheat pudding like leftover porridge. The idea is to tear a hunk from it and use it as a sponge or scooping device for your curry, pickles and lentil soup. “I’ve tried to make many traditional foods, but it’s hard because of the ingredients. I wish I could include everything,” says Pahadi.