Drinking food at night and hangover cures for breakfast from a Strathfield institution. 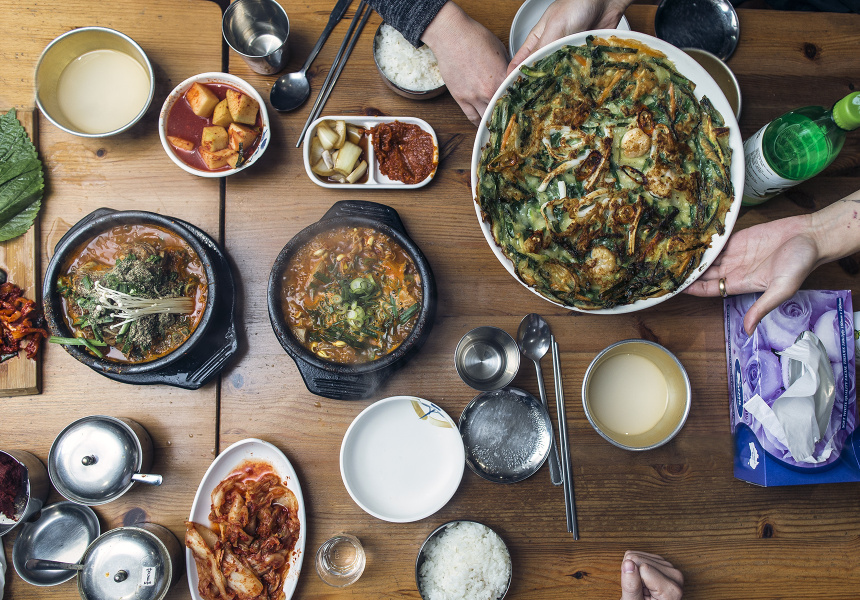 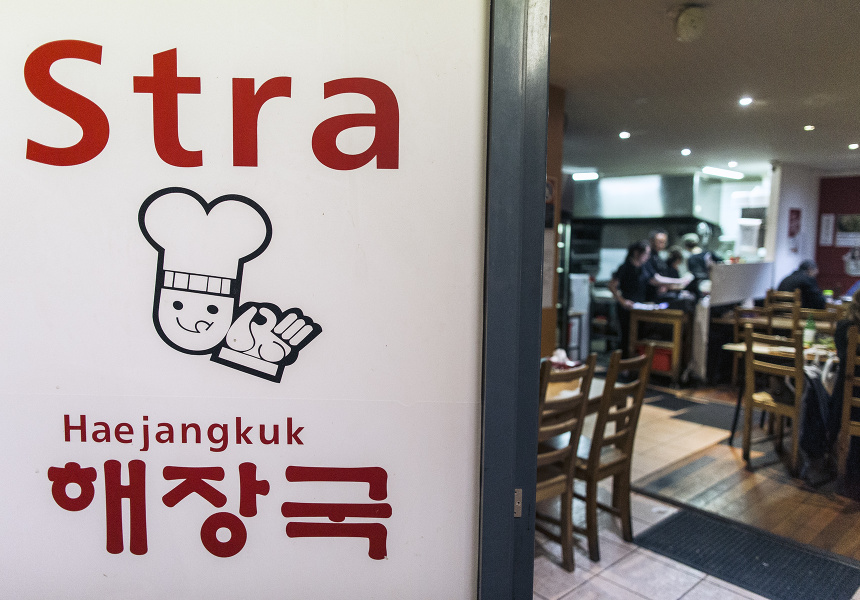 Stra Haejangguk serves two kinds of Korean food: dishes to eat while you’re drinking and dishes to eat the morning after, if you’ve drunk too much. The latter is called haejangguk, a range of bone-broth-based soups that translates to “hungover soup”.

In Korea they change dramatically from region to region. Some have just bean sprouts and egg, others have fatty hunks of pork backbone; clams; soybean paste; blood sausage or dried cabbage. They all contain some element of protein, the crucial ingredient in hangover cures.

Stra Haejangguk’s chef Alfred Shin says the practice of curing alcohol headaches and tender stomachs with meaty soups has been around for centuries. “It's very traditional Korean food from a long, long time ago.” Stra Haejangguk has been making them for a long time, too – for more than 20 years. It serves 10 varieties, each with a base of either chicken, pork or beef stock. Shin’s favourite is the soh gogi jung tuh guk bap, or beef stew with ground perilla seeds, beef cheeks, spring onions and homemade gochujang (fermented Korean chili paste). We order one with a side of Shin’s Sundae (Korean blood sausage with rice noodles). It’s so easy to enjoy; satisfying in a deep way.

Many of the haejangguks come with a bewildering mix of sides. The salty-shrimp mix, chilli paste and rice are condiments for your soup. The raw garlic and chilli are dipped into the bean paste and eaten as is.

Shin says that’s what appealed to him when he came to Stra Haejangguk as a customer more than 14 years ago. “It had a lovely taste. It's the homemade taste. Several times I came here and one day I thought, ‘I need to learn'.” He applied for a job and now, several years later, he’s the head chef and owner. “It's a food for the people. It’s not rich-guy food, it's for the poor guys,” he says.

Don’t think poor-guy food means poor quality – you can get a platter of immaculately sliced pork belly and raw oysters with kimchi, raw garlic and chilli. That dish is bossam, the main representative of the other half of the menu: dishes to eat while you’re drinking. Stra Haejangguk serves a variety of Korean alcohols including makgeolli, a milky rice wine; soju; and raspberry wine. If you order any of those the staff will probably recommend you get jeyuk-bokkeum, pork marinated for a day in chillies, chilli sauce, onions and garlic, and then stir-fried into a spicy mess. Among the ladder of drinking foods it’s right up there with burger-levels of greasy savouriness.