Take a sesame bun, stuff it with hot knafeh and enjoy your very own hot-cheesecake roll. 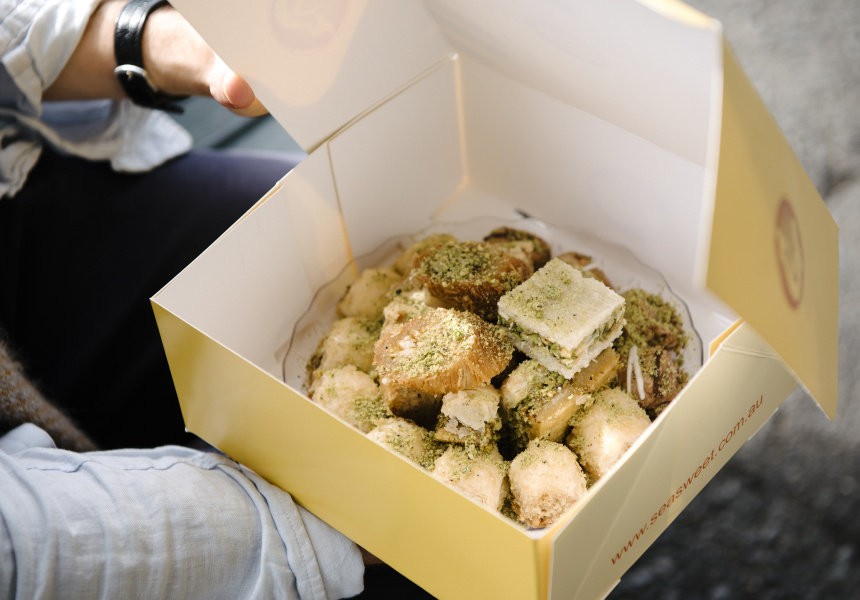 The first thing we notice at Sea Sweet is the colour of the beklawa (or “baklava”; beklawa is the Lebanese spelling). This isn’t usually what beklava looks like. It’s lighter, like the inside of an almond, and when you slice it, it doesn’t ooze syrup or fold inwards but snaps in layers. Other beklawas are denser; these feel like puff pastries breaking into sticky shards after each bite.

The difference is the filo pastry. Almost all Sydney Levantine (the region around modern Jordan, Lebanon, Syria, Israel and the Palestinian territories) patisseries import theirs because it’s too difficult to make. “You need experience to do it; you need to do it by hand,” says Angela Zakhour, the manager of the business’s two western Sydney patisseries. “It's an art.”

Sea Sweet makes its own. If it didn’t Zakhour would never have been allowed to open a bakery in Australia by the people who started it in Lebanon in 1973. Today it has more than 10 stores in Lebanon – a big franchise by Lebanese standards – but it’s still widely respected because of its commitment to craftsmanship and quality ingredients. “When we went back to Lebanon we used to bring back sweets with us. We would bring back kilos. There was nothing like it here,” says Zakhour.

When it set up in Australia in 2008, the owners wanted it to be an exact copy of the Lebanese original. “[The people behind Sea Sweet in Lebanon] supplied us with everything – even the chefs. There were about 30 that originally came out. Now there are four, they’ve got about 20 to 30 years of experience.” The most important of all the sweets was knafeh, the famous syrup-soaked cheesecake. In Lebanon it’s a breakfast snack sold on the street. If the stall has no seats or plates, it might sell it stuffed into a sesame bun.

You’ll see the same thing at Sea Sweet: workers coming through the door for their first meal of the day and walking out with either a coffee and a hot-cheesecake sandwich or, if they’ve just devoured one in-store, just a mild food coma.

More than anything this is a takeaway sweet shop. Along with the knafeh, the Lebanese “fruit cocktail” (a mix of avocado, fruit and cream) is all that’s available for eating in. It doesn’t seem to bother Sea Sweet’s customers. “During Ramadan it was really crazy, we made 2.5 tonnes of beklawa and 1.8 tonnes of biscuits,” Zakhour says.

Ordering can be a little bewildering. There’s beklawa with pine nuts, pistachio or cashew, crepes jammed with clotted cream, spongy semolina cakes, chewy mochi-like rice cakes with cream, and shortbread-style biscuits with dates or nuts. “My favourite has always been knafeh, it was my favourite thing when we visited Lebanon. We didn’t have it [in Sydney], but now we do,” says Zakhour.

This article first appeared on Broadsheet on July 4, 2018. Menu items may have changed since publication. 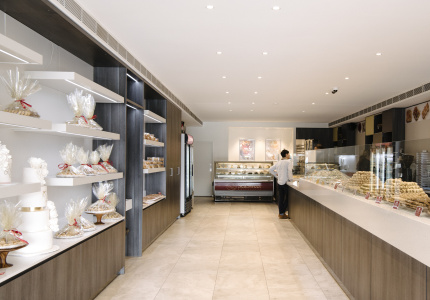