One of Sydney’s best scoops is in a Campbelltown shopping centre. 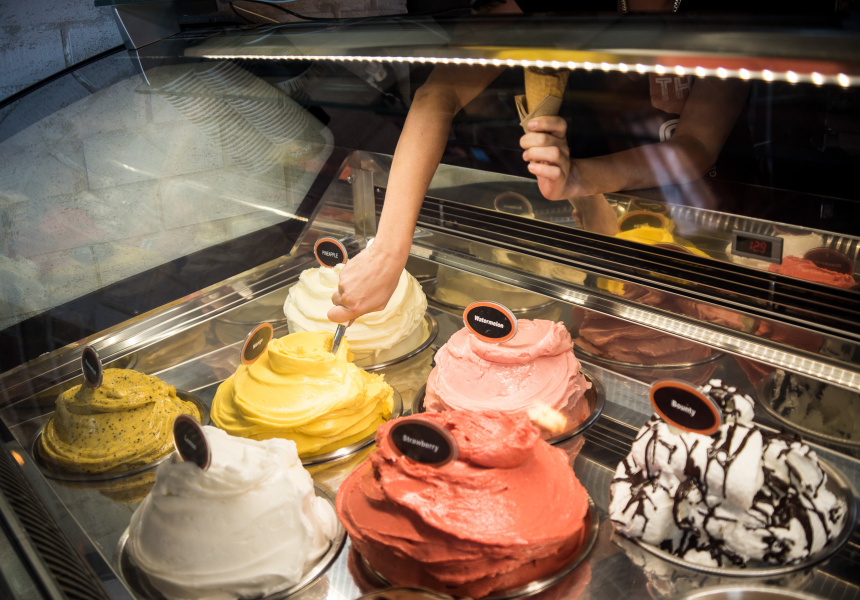 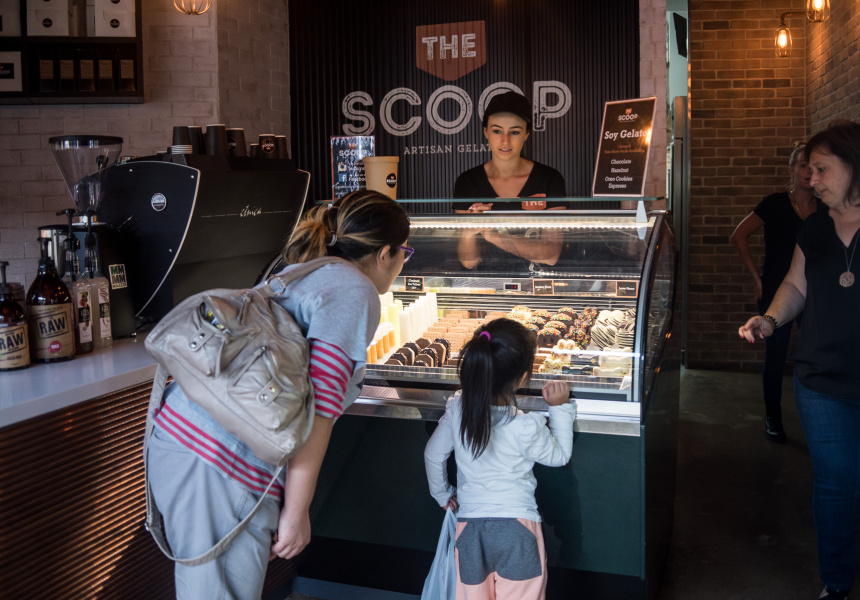 Making gelato from scratch isn't easy but Theo Koutrodimos is determined. He thinks we’re in a post-Gelato Messina world now – the brand is so powerful and dominant that if anyone wants to compete, they need to do something extreme. For Koutrodimos and his partner Mary (in business and in life) that means being the best.

Scoop Gelato makes every flavour from scratch – which is rare in Sydney. That means no pastes (even some of the most reputable gelaterias use nut pastes), no powders and no syrups. Every flavour is made using fresh, premium ingredients. “Here in MacArthur, no one even knows what Valrhona [Chocolate] is, they'd probably prefer to read Cadbury on the menu. But we use Valrhona because it's the best," he says. The chocolate sorbet here is super smooth and beautifully rich. The pistachio, one of the only scoops made in Sydney with Australian-grown nuts, has visible flecks of pistachio and an incredibly deep, almost earthy flavour. “There's a science to manufacturing gelato and sorbet. When you're dealing with fresh fruits and nuts, you're at the laps of the gods. They change; you need to be able to make adjustments. You have to taste things every day,” says Koutrodimos.

He doesn’t have a story of recipes handed down through the generations like many of the chefs in this column. He’s from a manufacturing background. He learnt to make gelato first at the acclaimed Carpigiani Gelato University and then from Stefano Tarquinio, a master gelato maker (from Al Settimo Gelo, a respected gelataria in Medicina). Tarquinio flew to Sydney to work with Koutrodimos in a makeshift laboratory set up in one of his factories. “He really connected with us… understood what we wanted to do,” says Koutrodimos.

While Scoop Gelato maintains tradition in its seasonality, production and flavours like tiramisu and torta della nonna (a lemon pie flavour made with a custard base), many of the 35 plus flavours are certainly new school. Cheesecake, red velvet and brownies are made with chunks from Mary’s homemade cakes. Other scoops are inspired by Bounty and Toblerone. Koutrodimos says he has more ideas, like granitas and custard-based gelatos, but he’s limited somewhat by the area. “We had requests for mint so did a milk infusion over night with fresh mint. It was phenomenal, earthy and fresh. People came in though, saw it was white, they asked ‘why’? It didn’t work.” That may change when he opens another store, he hints.