A guide to Chinese cuisines and where to find them in Sydney. 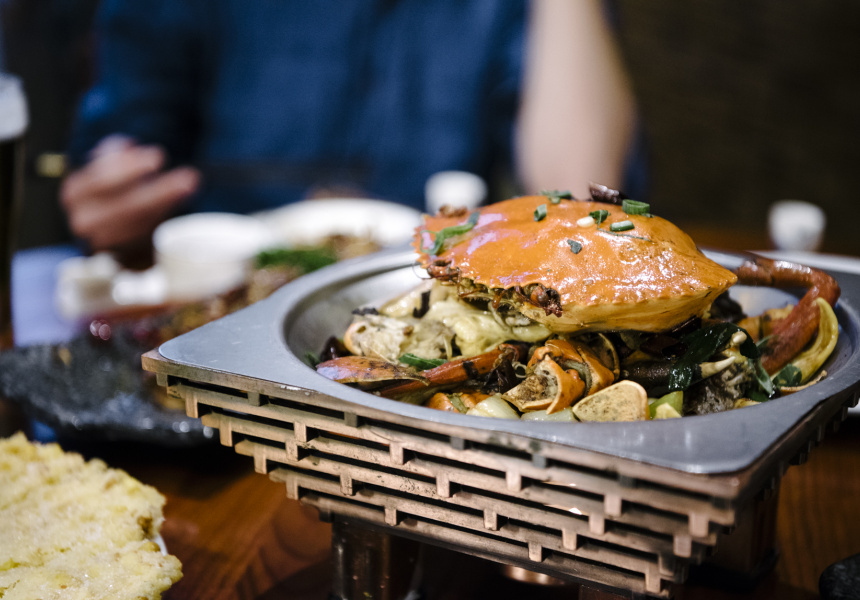 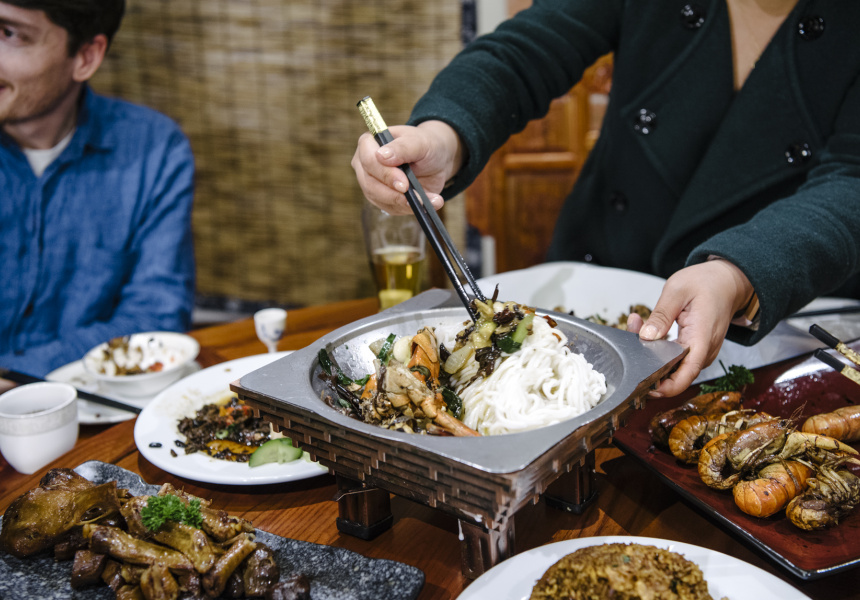 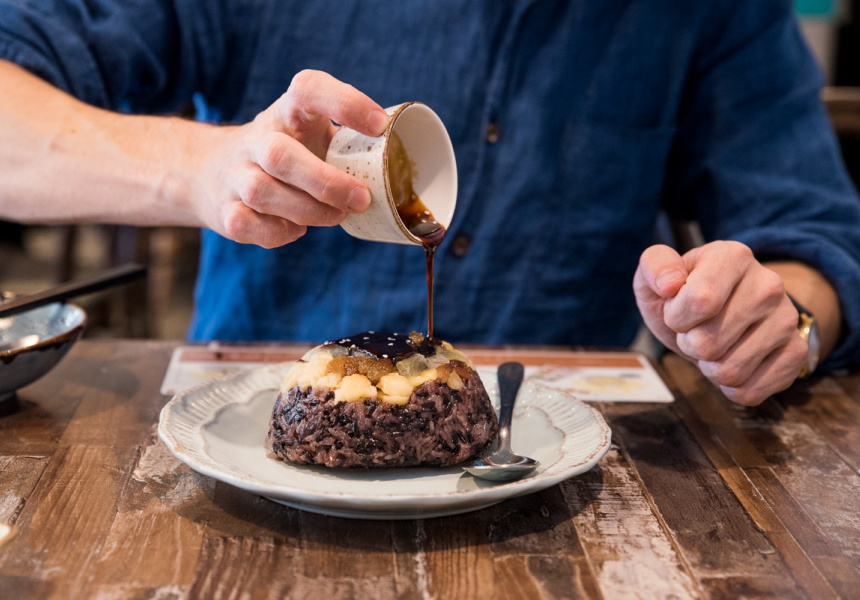 China is massive. It’s around the same size as the entire continent of Europe but it’s got almost twice as many people. Spread across its desserts, rainforest, mountains and metropolises are a myriad of different ethnic groups, languages and cultures. Each has its own ingredients, cooking techniques and recipes – some of which might be completely alien to the people on the other side of the country. Talking about it all as one singular “Chinese cuisine” makes about as much sense as saying paella, pasta and bourguignon are all just European foods.

For a long time Sydney only had one Chinese cuisine: Cantonese. That was because historically most Chinese immigrants opening restaurants in Sydney came from Hong Kong or the Guangdong province and its surrounds (which is where Cantonese food comes from). Now it’s different – we welcome immigrants and influences from all over China, and our restaurant industry is home to an incredible diversity of restaurants cooking different Chinese cuisines. Here’s a two-part breakdown of what they are and where to find them.

Cantonese
Also called Yue cuisine, Cantonese is undoubtedly the most common and popular cuisine of the lot. Not just here, either. In China it’s often referred to as one of the country’s “eight, great regional cuisines” (there’s an entire hierarchy, but that’s another story). It’s generally sweeter, milder and, in China at least, fresher and more focused on bringing out the flavours and textures of the produce.

A lot of Chinese-Australian dishes – such as dim sum (which refers to eating a lot of small dishes rather than dumplings specifically), char siu, fried rice, whole steamed fish, stir-fried noodles, and sweet and sour pork – are based on this cuisine.

While Golden Century is probably the most famous of Sydney’s Cantonese restaurants, there are many others popular with the local Cantonese community. Here’s a selection.

Sichuan
Another of China’s eight, great cuisines. Unlike Cantonese food, traditional Sichuan food is bold, aromatic, sour and often very spicy. That’s because of the variety and intensity of the spices used, the most famous of which is the tongue-numbing Sichuan pepper. The most well-known dishes here are probably mapo tofu and kung pao chicken. In China, it’s probably dan dan noodles (a spicy, sour and occasionally nutty noodle soup) and Sichuan hot pot, a dish found pretty much everywhere in the country.

In the Jin
345B–353 Sussex Street, Sydney (entrance on Dixon Street)

Hakka
Hakka is a bit different to the other cuisines on this list because it doesn’t belong to an area but to a group of people and a language that is spread across the globe. The food is rare in restaurants, even within China, because it’s predominantly a home-cooked cuisine. It is focused on textures, and there’s a heavy use of preserves but it is generally a very simple, produce-based style of cooking.

Salt-baked chicken and braised pork belly with preserved vegetables are some of the few dishes to have made the journey onto restaurant menus.

Hunan
They say Mao Zedong had an indomitable thirst for spice. Hardly surprising considering he was born in Hunan, the spiciest of all China’s provinces. Due to its intense heat, Hunan cuisine (also referred to as Xiang cuisine) is often compared to Sichuan food but Sichuan cuisine, despite its reputation, isn’t that spicy. Hunan cuisine on the other hand isn’t as sour and doesn’t cause the same mouth-numbing sensation. Fermentation, curing, smoked meats and duo la jiao (pickled chilli, vinegar and salt) are widespread. Famous dishes include Chairman Mao's red-braised pork and steamed fish heads coated in chilli.

China’s western-most province is known for its large population of Uyghurs, an ethnic minority of Islamic faith. As you’d imagine from the location, the food here is closer to Central Asian and Middle Eastern cuisines than it is to eastern Chinese traditions. Instead of rice, bread and hand-pulled noodles are served, and kebab-style charcoal grilled meats are common. One of the more elaborate dishes is dapanji, a usually enormous stew of chicken, potato, capsicum and either flat noodles or naan.

Shandong
Like with Cantonese food, the goal of Shandong chefs is to preserve the natural qualities of their main ingredient. One way to do that is through the “bao” technique, whereby meat, seafood (being a coastal province, there’s a lot of it) or vegetables are cooked in extremely hot oil; the idea is the oil crisps the skin or outer layer, sealing in the natural flavours and textures of the meat or vegetable. Despite its reputation for being fresh and produce centred, there’s also a lot of stewing (sticky sweet pork hock is a common example) and chefs are heavy handed with salt and vinegar (the area is famous for its vinegar production).

Northeastern (Heilongjiang, Jilin, Liaoning)
The area is sandwiched between Mongolia to the west, Korea to the south and Russia to the north. The cuisine is influenced by all three neighbouring countries as well as Shandong and Beijing cuisine to the south. Due to the harsh winters, there’s a lot of pickling and curing. Russian-style, smoked-pork sausages; bread; and pickled cabbage are common. Pan-fried dumplings (the bulbous crispy bottomed ones), hand-pulled noodles and hot pots are common street foods that have been exported and popularised overseas.

Yunnan
Yunnan province is one of the most ethnically diverse provinces in China. Each of the 51 ethnic groups (there are 55 groups according to the Chinese government) has its own dishes and some have their own style of cooking. There are curries with influences from northern Thailand and Burma, and spicy hot pots similar to what you’d find in Sichuan. There’s even some use of cheese and yoghurt (mainly by the Islamic Bai people) but you’d be hard pressed to find that in Sydney.