A hidden takeout joint is doing some of the best and cheapest Sri Lankan food in Sydney. 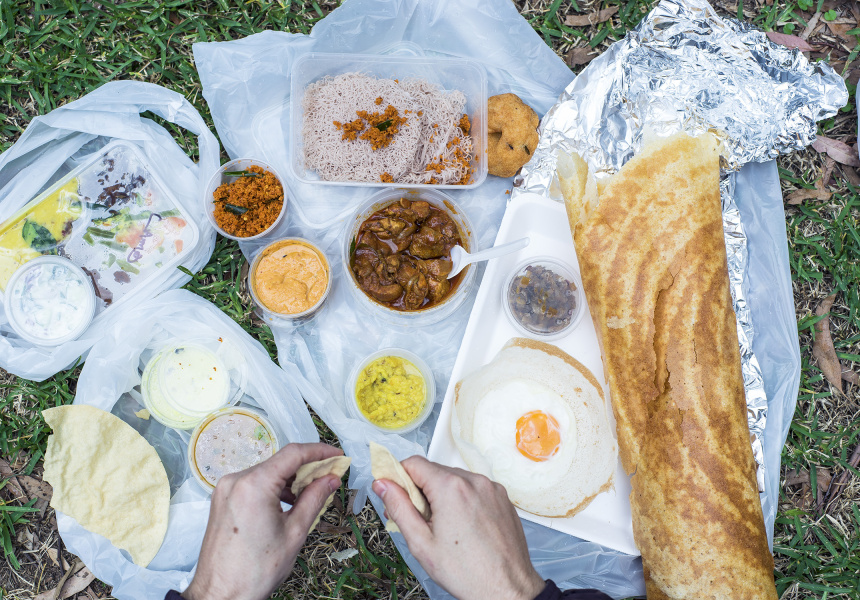 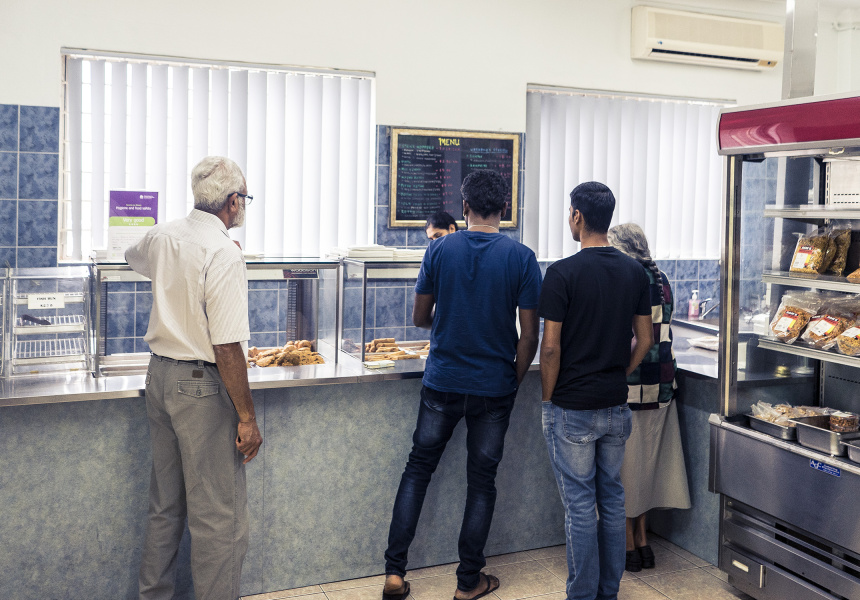 Ram’s isn’t easy to find. It’s in an anonymous arcade in Homebush West. The only way you’d ever know it was there is the store’s 17-year-old sign saying: “Open 7 days, eat in and takeaway”. The sign is misleading, though – it’s not open on Monday and no one has eaten inside Ram’s for 17 years – there’s nowhere to sit.

“I put two tables here.” Siva Vallipuram, owner of Ram’s, points at a space near the front of his shop, now occupied by two long fridges. “I couldn’t look after the eat-ins. The [takeaway] line was too long. I needed to look after them.” Two months after opening, the tables were gone.

Takeaway food isn’t particularly traditional or even popular in Sri Lanka, but among Sydney’s Sri Lankan community, and in Homebush West in particular, it’s massive. Ram’s is the most popular place to get it. There’s been a line almost every day since it opened in 1999. Weekends are particularly chaotic.

“When I opened it was very busy, because I have this one.” He’s pointing to a packet of string hoppers, patties of steamed rice noodles usually eaten with sambal, curry or coconut gravy. Back in ’99, Ram’s was the only place in Sydney you could get them, and they were the only thing Ram’s served. “When I started we sold minimum 2000 pieces a day,” Vallipuram says. “Every year after we added things.”

“Whatever we sell, we make it every day. We don’t keep anything for tomorrow,” Vallipuram says. It makes for an incredibly vibrant kitchen. Playdough-like logs are pressed into a sieve to make patties of rice hoppers, dosai-dough is spread crepe-like over a griddle, and miniature metal cups are toasted to make cups of eggy rice crepes.

The kitchen and menu may have changed radically, but the store still has the bare-walled, no-fuss charm you’d expect from a suburban takeout joint that opened in 1999. “My shop is old fashioned. My thing is just to keep it clean. It doesn’t matter if it’s new or old,” says Vallipuram.