Handmade wontons, peanut-butter noodles and other specialities from one of the three Fujian restaurants in Sydney. 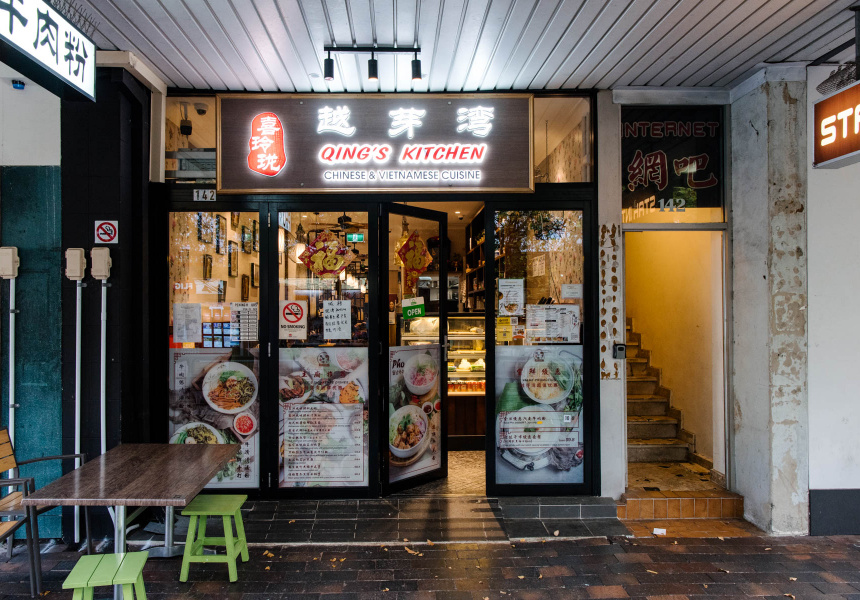 Qing’s Kitchen is one of only three restaurants in Sydney serving traditional cuisine from Fujian, a province on the coast of south-east China. Fujian food is light and subtle; it's focused on accentuating natural flavours and textures unlike, say, Sichuan or Hunan cuisines, which use a complex layering of ingredients and flavours. Its dishes are simple but packed with umami, thanks to a range of unique seasonings. In China, many refer to it as one of the eight great Chinese cuisines. But outside of China, barely anyone knows it.

When we ask Henry Yu, co-owner of the Eastwood restaurant, if he was nervous opening Qing’s Kitchen, he says, “Yeah, there were a lot of doubts.”

Yu isn’t from Fujian; he’d never even eaten Fujian food until he decided to open Qing’s Kitchen. But his partner and co-owner Ruby Qing (Qing is Nie's Chinese surname) is a Fujian native and when we ask her the same question she says, “No, of course not.” She knew every Fujian person in Sydney would want to eat here and she has confidence in her cooking.

Because it’s a simple and produce-focused cuisine it takes a studious and precise chef to get the balance right.

Take one of Qing’s two specialities: a pork-bone-based noodle soup topped with pickled mustard leaves, a five-spiced marinated egg and tenderised beef that’s walloped when raw until it’s soft like dough, then marinated and coated in tapioca starch to make it slightly glutinous.

The soup has a light but aromatic broth, and the secret to its richness is its umami-loaded oil, which is fired in a wok and added before the dish is served. After a few probing questions and a taste test we learn it’s a mix of preserved pork, garlic and other parts unknown, likely some kind of preserved seafood. This is a common template in Fujian food: soups with punchy seasonings. “Soup is very important; very special,” says Nie.

Qing’s other specialty is pork wontons in a light pork soup. It’s similarly basic, but gets a punch from dried seafood and a fragrant house-made shallot oil that’s poured over the soup before it hits the table. It’s an enormously popular dish in Nie’s hometown of Longyan. It’s always served with peanut-butter noodles, which is exactly what it sounds like but saltier, thanks to a soy and sesame oil garnish.

Aside from a superb, offal-laden beef-and-radish noodle soup and a lychee-based sweet-and-sour stir-fry, it’s very accessible food, even for those least acquainted with regional Chinese cooking. It prompts us to ask Nie why more people don’t make peanut-butter noodles and Fujian wontons in Sydney.

She says she’s not sure, but perhaps it’s because there aren’t suppliers importing the right kind of wontons and the peanut sauce she needs, or any of the seasoned oils. Nor can she buy meat the way she needs it tenderised. She does it all herself, every day. “I want everyone to try my hometown food,” say Nie. “This is my dream.”