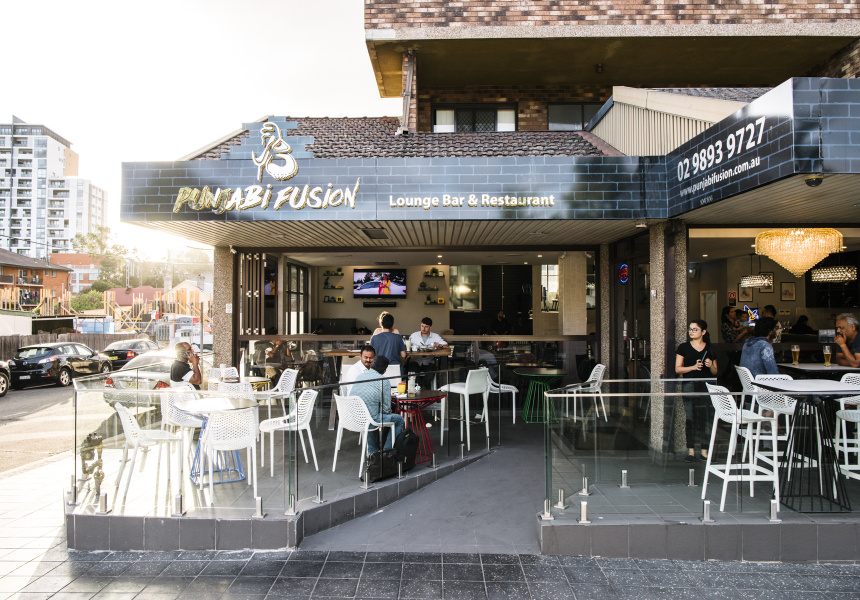 Even in Harris Park – Sydney’s “Little India” – Indian restaurants serve the dishes you’ve seen countless times before, such as vindaloo, butter chicken, korma and naan. Kamaldeep Singh is determined to make his restaurant one of the few exceptions.

For Singh, the point of difference is serving the food of his hometown – the region of Punjab, a province in India’s north-east.

Singh says the region’s food is the richest in the country, and incorporates cooking techniques and food traditions from North India, Pakistan and the Middle East. “There's a lot of ghee, buffalo milk and buffalo butter. Very rich, very tasty. The other regions are more mild,” he explains.

This is where butter chicken comes from, and where tandoor ovens are used to make chicken tikka and Indian flat breads. “When I came to Sydney I ate butter chicken in so many restaurants, but I was disappointed. No one was making it fresh.”

At Punjabi Fusion Singh and his Punjabi chef Ankit Rauthan make a butter chicken as good as anyone in Harris Park, but that’s not what we’re here to eat. As Singh says, “We want to serve what people can't normally find.”

The first of those is a kebab so finely minced it collapses in your mouth. “The story goes that there was a king with no teeth, he told his chef, ‘Make me something I don't need to chew. If you can't make it, you won't be alive tomorrow.’”

To make the dish, Rauthan mixes pineapple and papaya paste with mutton mince for extra softness and juiciness.

The second dish represents a different side of India’s class strata. “The majority of poor people are vegetarian. The famous food of the people is dal.”

Ask for dal makhana, a black lentil and red-bean stew that’s mixed with fresh cream; the ghee-heavy dal tadka; or anything with mustard greens, both the local green and protein of choice.

The usual addition to these options is rice, often in the form of biryani (a particularly buttery version of the famous North-Indian mixed rice dish), bread, and a lassi. The latter is another proud Punjabi invention and Singh’s restaurant is one of the few in the area that makes them – including a wildly salty mint and cumin version – to order.

There are a variety of breads – either fried and crisp or tandoor-baked and smoky. For fans of the crunch, ask for lachha prantha (a layered whole-wheat flat bread that’s simultaneously doughy and crunchy), or for something doughier and earthier, opt for an amritsari kulcha (like a naan but more buttery and flaky).